Harley-Davidson is working on an automatic emergency braking system, according to published patent applications.

Surroundings and rider are monitored

A series of sensors monitors the motorcycle’s surroundings to detect hazards and initiate braking in an emergency. In addition to the road, however, the rider himself is also to be monitored. Sensors in the handlebar grips and in the seat are to register behavior on the part of the rider. The data collected should allow the system to recognize whether the driver has detected a dangerous situation and act accordingly.

A camera on the helmet is also described as monitoring the driver’s eyes. Here, so-called eye-tracking technology is used, which monitors and registers where the driver is looking. This also allows conclusions to be drawn as to whether the driver has recognized a hazardous situation.

However, before the system initiates emergency braking, a series of warning lights, acoustic and also haptic signals are emitted to alert the driver to the hazardous situation. So in addition to flashing warning lights and a shrill sound, the handlebar grips are also made to vibrate to literally wake up the driver.

The system is supposed to be able to brake until the motorcycle comes to a standstill. It should also intelligently assess how much braking power is really needed. This could also lead to intervention by the assistance system if the driver himself does not brake hard enough. In this case, the braking force could be additionally boosted. 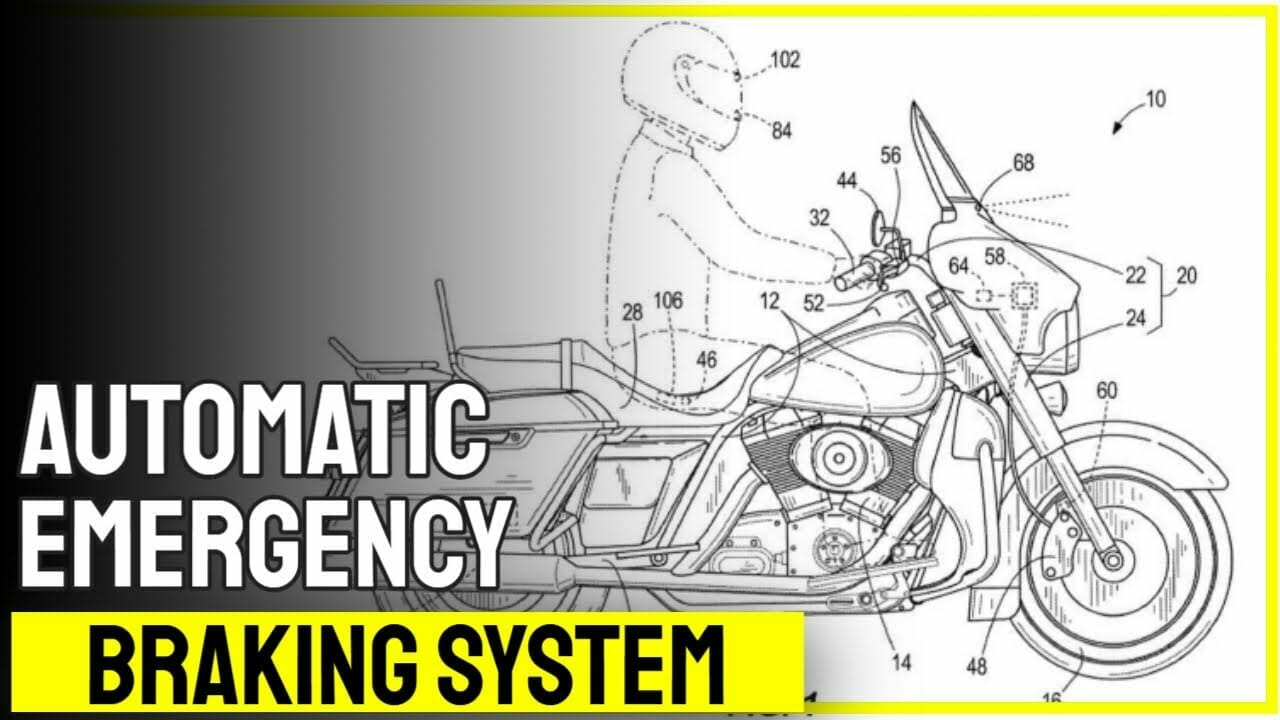