4 min read
At the end of last year, an extreme and very limited version of the Aprilia RSV4 was delivered to the 10 lucky customers who were able to purchase one. Now Aprilia is going the same way with the Tuono V4.

At the end of last year, an extreme and very limited version of the Aprilia RSV4 was delivered to the 10 lucky customers who were able to purchase one. Now Aprilia is going the same way with the Tuono V4.

The Aprilia Tuono V4 X is also an extremely upgraded version, which is strongly limited. It comes directly from the racing department and incorporates technologies derived from MotoGP.

Less weight on the scales

The dry weight could be reduced from 200 kg to 166 kg. All fairing parts are made of carbon. The front fairing was additionally equipped with winglets to provide more downforce at the front and to counteract a wheelie tilt. The color scheme of the fairing was based on the RSV 1000 R Factory which was used for the 2006 Bol d`Or in France.

Weight could also be saved by the generous use of modified aluminum parts. Clutch lever, brake lever protector, adjustable footrests, the fuel filler cap and the crankcase protector are made of aluminum.

The switches on the handlebars come from racing and show where the Aprilia Tuono V4 X belongs. It is a pure racetrack motorcycle without road approval. Therefore the performance did not have to be reduced because of any regulations.

The 1,077cc four-cylinder engine produces 221 hp. A MotoGP air filter, as well as an Akrapovic exhaust system with titanium manifold and carbon muffler are to ensure maximum power delivery.

The electronics have also been changed. The Aprilia racing department has adapted the ECU, changed the mappings and optimized them for the components used.

Together with the winglets, the anti-wheelie control keeps the front wheel on the ground. The traction control is designed to prevent rear wheel slip and ensure optimal propulsion. Shifting is done with quickshifter including blipper function. So you can shift up and down the gears without using the clutch.

Via the TFT color instrument you can see the lap times on the tracks, which are determined by a built-in GPS sensor.

Braking is done with Brembo GP4-MS brake calipers, T-Drive steel brake discs, as well as “out of the full” milled aluminum bell and radial brake pump.

Like its sister model Aprilia RSV4 X, the Tuono V4 X is only built 10 times. It can be pre-ordered on the Aprilia website at a price of 34.900 Euro. The price includes a visit to the Aprilia racing department in Noale. 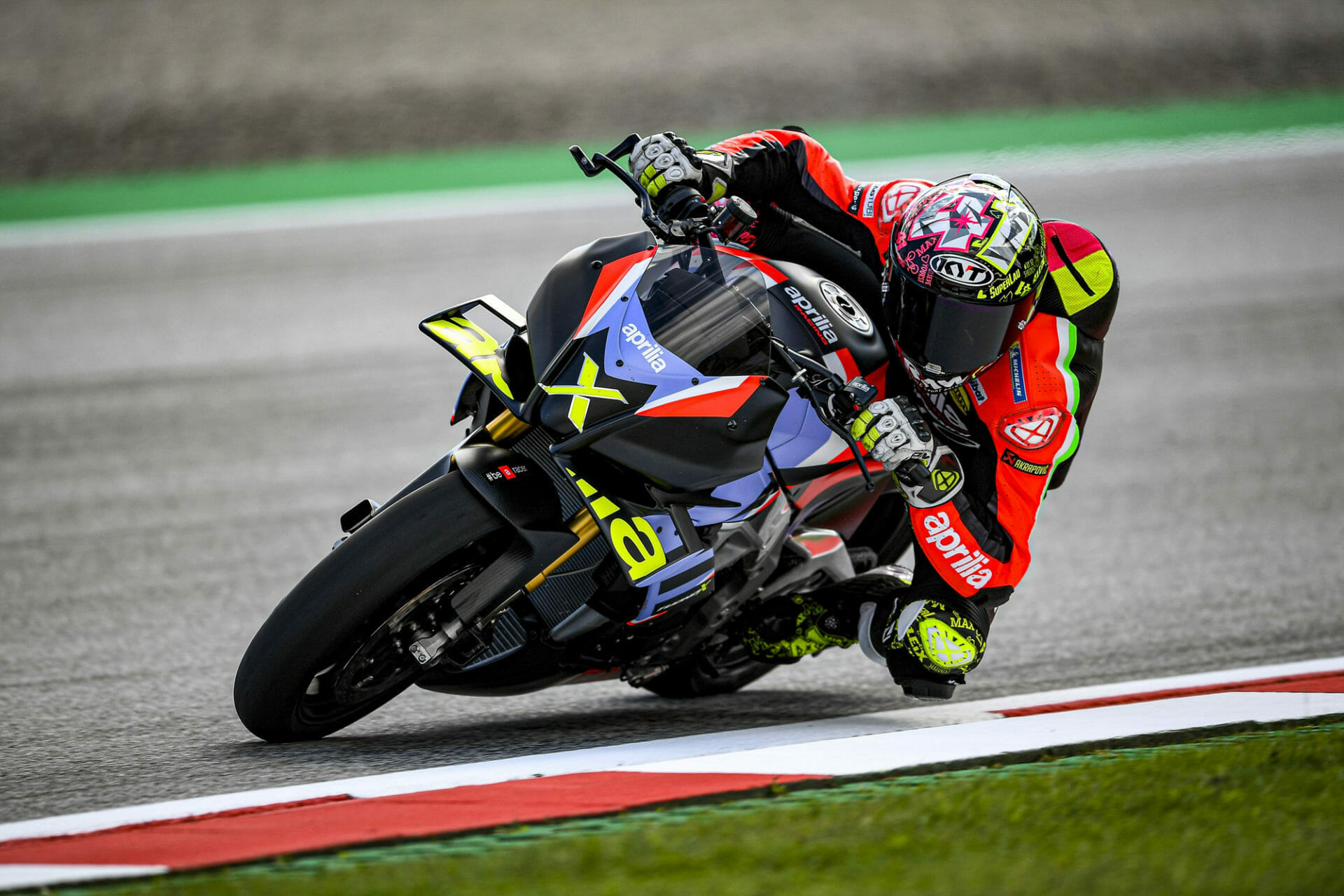