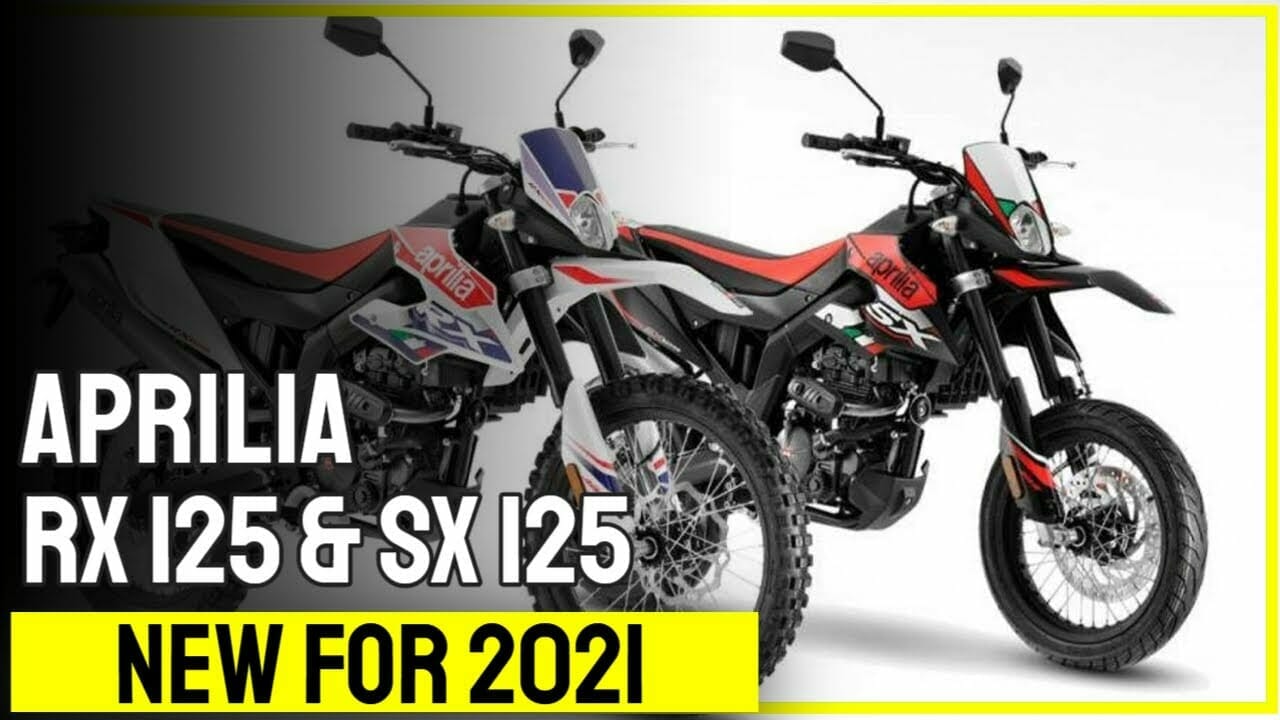 Aprilia has extensively revised the RX 125 and SX 125 for 2021 and made them fit for Euro5. The two models have the same basis and differ only in appearance and the orientation of use. Once more street-oriented as a supermoto with 17-inch wheels and once also suitable for off-road use and equipped with chunky tires in the size 21 inches at the front and 18 inches at the rear. Accordingly, the innovations are also identical on both machines.

Changes to the engine

The liquid-cooled 124cc single-cylinder has been revised to meet the Euro5 hurdle. A completely new cylinder head was designed for this purpose. The combustion chambers, as well as intake and exhaust ports were changed. The mixture in the combustion chamber is now ignited by Iridium spark plug.

Camshafts, tappets and valve springs were also modified. The throttle valve has been repositioned. The air intake ducts were also revised and a new air filter was fitted.

The new stainless steel muffler works in conjunction with a new catalytic converter system to clean the exhaust gases to Euro5.

The power output remains at 15 PS, but now it is already at 10,000 rpm, 700 revolutions earlier than on the previous model. The maximum torque has to be reduced by 0.1 Nm. 11.2 Nm is available at 8,000 rpm. The engine management system has also been adapted, which is said to have slightly reduced consumption.

The few fairing parts have been revised and make the models look a bit narrower. The tank has been redesigned and, in conjunction with the seat, is said to allow more freedom of movement.