In September, the H`ness CB350 for India was presented and already shortly thereafter rumors of another version arose. One spoke of a cafe racer.

Now Honda has teased another version to be unveiled on February 16. On teaser image you can see the rear of the new version and can see some differences from the current “highness”.

The rear end has been redesigned and features a slimmer seat. The tail light has been integrated into the seat and is no longer on the chrome fender. This is also no longer to be found and has been replaced by a fender/number plate holder combination made of plastic. The grab handle at the rear has been replaced with a leather strap on the seat. It also looks like the rear muffler is mounted a bit steeper than on the already known model.

It is safe to assume that the new “Highness” will remain technically identical. However, the name under which it will be released has not yet been revealed. Rumors, however, have long been talking about a Honda CB350 Cafe. 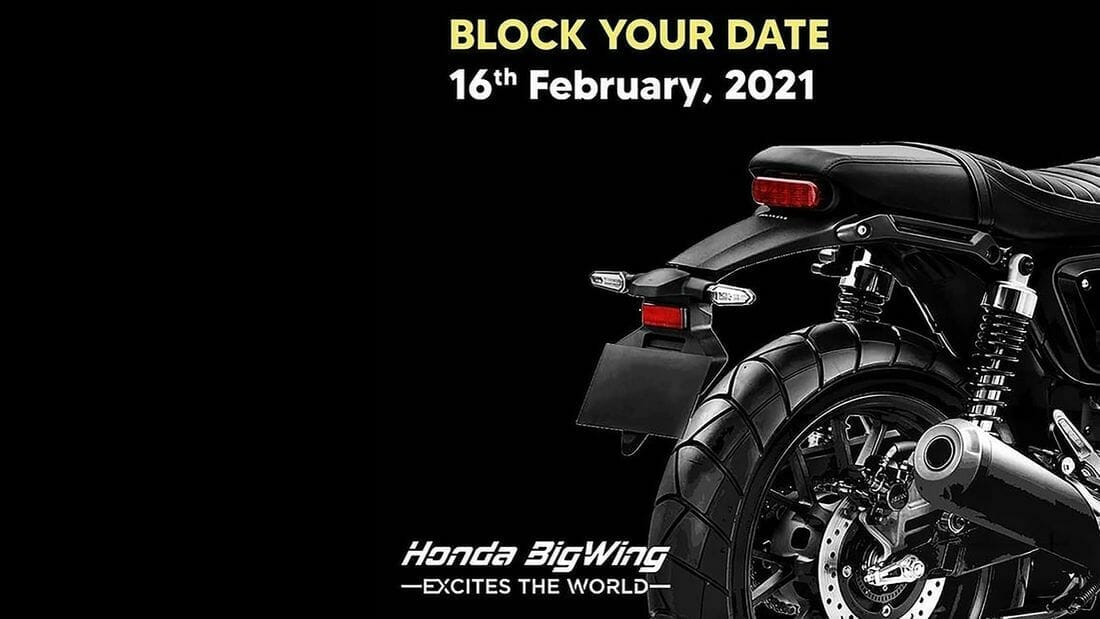