All-clear after a crash at Silverstone

Shortly after the start of the MotoGP race at Silverstone, there was a heavy crash between Fabio Quartararo (Petronas-Yamaha) and Andrea Dovizioso (Ducati).

All-clear after a crash at Silverstone

Quartararo slided the rear wheel away as he had over-accelerated in the wrong gear. He usually takes the first corner in third gear and the traction control is programmed accordingly.

Quartararo was still in second gear, but put the gas on anyway. As a result, the rear wheel lost grip and the bike slided right in front of Dovizioso, who had no chance to dodge.

The Yamaha acted as a jump and the Ducati took off. Dovizioso was thrown off his bike and crashed hard on the asphalt.

Dovizioso had memory lapses right after the accident, but by now he was able to give the all-clear. He and Quartararo were examined in a hospital near the racetrack and allowed to leave again.

Dovizioso has contracted bruises and concussion. The diagnosis concussion got also Quartararo.

Whether the two at the MotoGP test in Misano (29 and 30 August) can compete is still open. 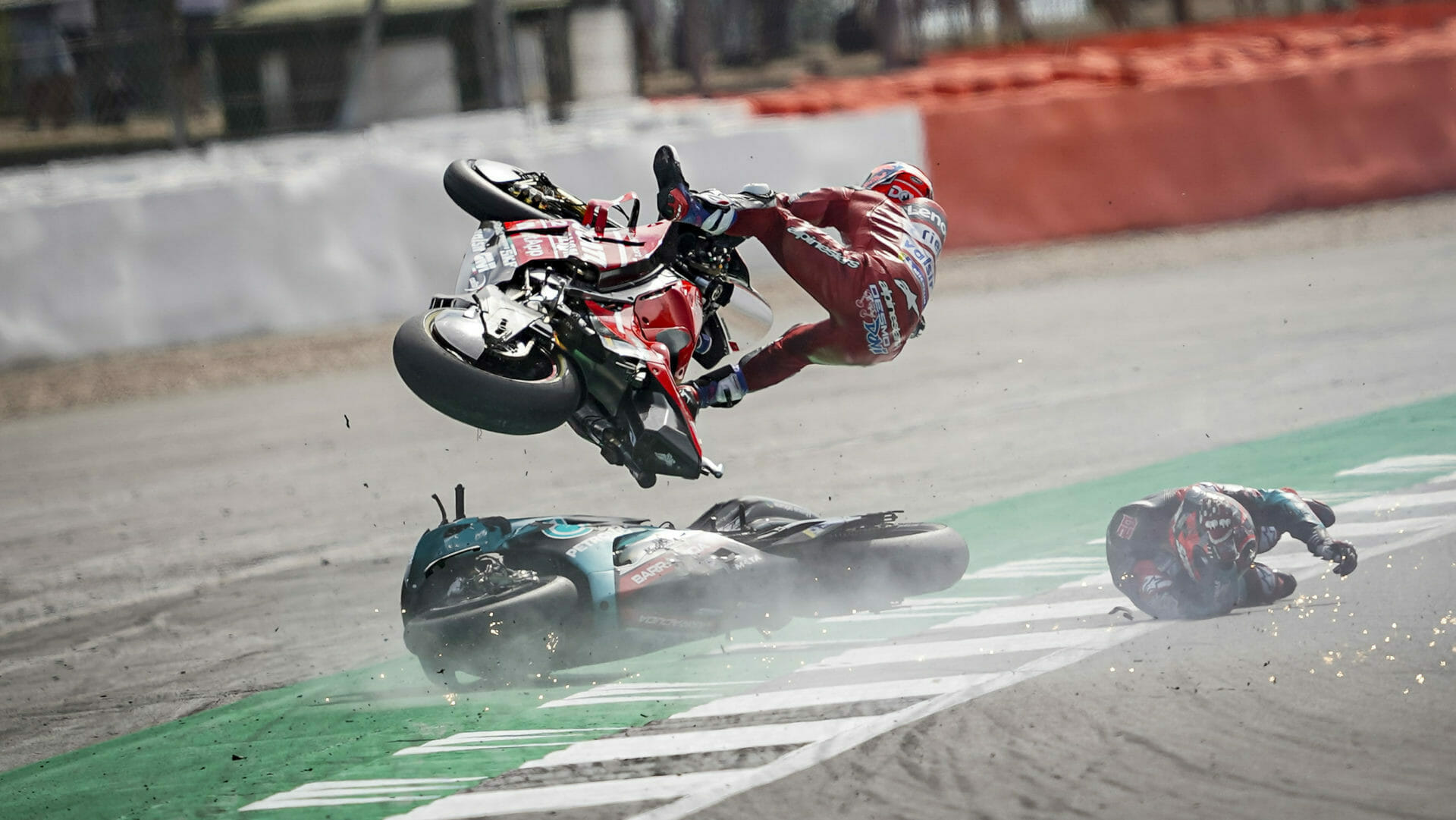