Alpinestars has published the crash data of the crash shortly after the start in Silverstone.

He lost the rear wheel, had a highsider and slid straight in front of Dovizioso, who could not move anymore and was catapulted through the Petronas Yamaha from Quartararo.

Since airbags are now mandatory in the MotoGP, both were equipped with the Alpinestars Tech-Air system, which stored the data of the crashes.

Fabio Quartararo’s fall took 4.7 seconds. The air bag was inflated 60 milliseconds before it hit the asphalt.

Dovizioso’s fall took 4.8 seconds. Due to the height of the fall, however, the impact was more intense, which can be recognized by the pink lines in the graphic. His airbag was completely inflated 150 milliseconds before his first impact. When he was catapulted up by the Yamaha, the airbag did not activate until he lost contact with his Ducati.

Both had to be examined at the hospital, but luckily only contracted bruises and concussion. At the test in Misano (less than two weeks later) both riders could participate. 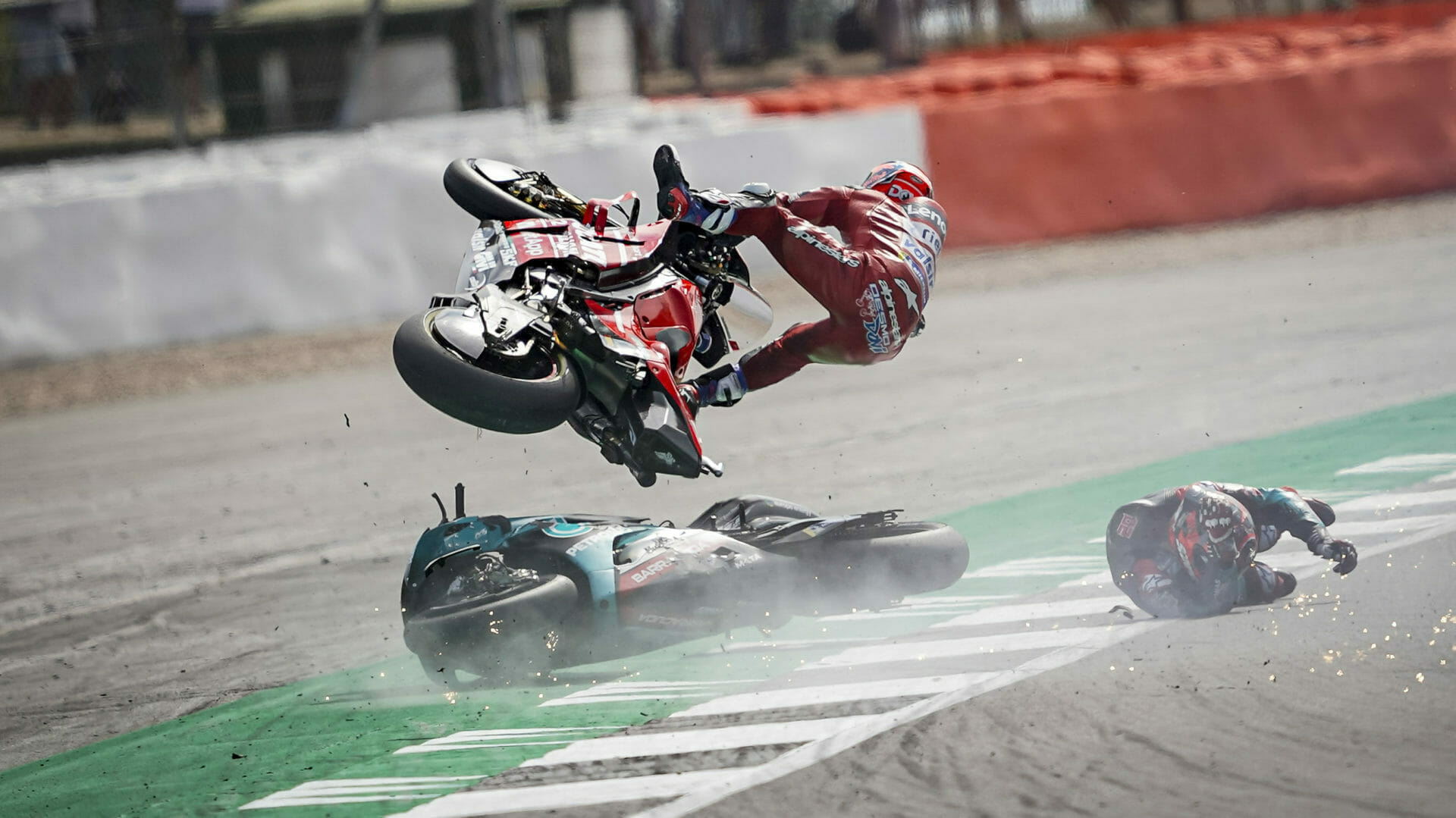