3 min read
Cinema Mode
Marc Marquez and the Repsol Honda team will enter their tenth season together in 2022. A time that was marked by very many highs, but also some lows.

Marc Marquez and the Repsol Honda team will enter their tenth season together in 2022. A time that was marked by very many highs, but also some lows.

In 2013 at the latest, Marc Marquez was able to make history by entering MotoGP. He was already able to reach the podium on his debut. He completed his second race in the premier class with his first MotoGP victory. At 20 years and 63 days, he thus became the youngest MotoGP winner of all time. After several more victories, he claimed his first MotoGP title in Valencia at the age of 20 years and 266 days, also replacing Freddie Spencer as the youngest GP World Champion in history.

One record after another Marquez was able to bring in the following years, winning more victories and more titles… To date, Marquez has recorded 62 poles, 99 podiums, 59 victories and six world championships with the Repsol Honda team.

The last two years were marked by injuries and subsequent absences. First, Marquez was out for almost a year after a fractured upper arm, then struggled with a difficult comeback, and then missed more months due to another injury. Not for the first time, some were already talking about the possible end of Marc Marquez’s career. In the team, however, they stuck together despite everything and want to attack together again on the coming race weekend. One should count on them in any case, because first tests have already proven, Marc Marquez has lost nothing of his bite. 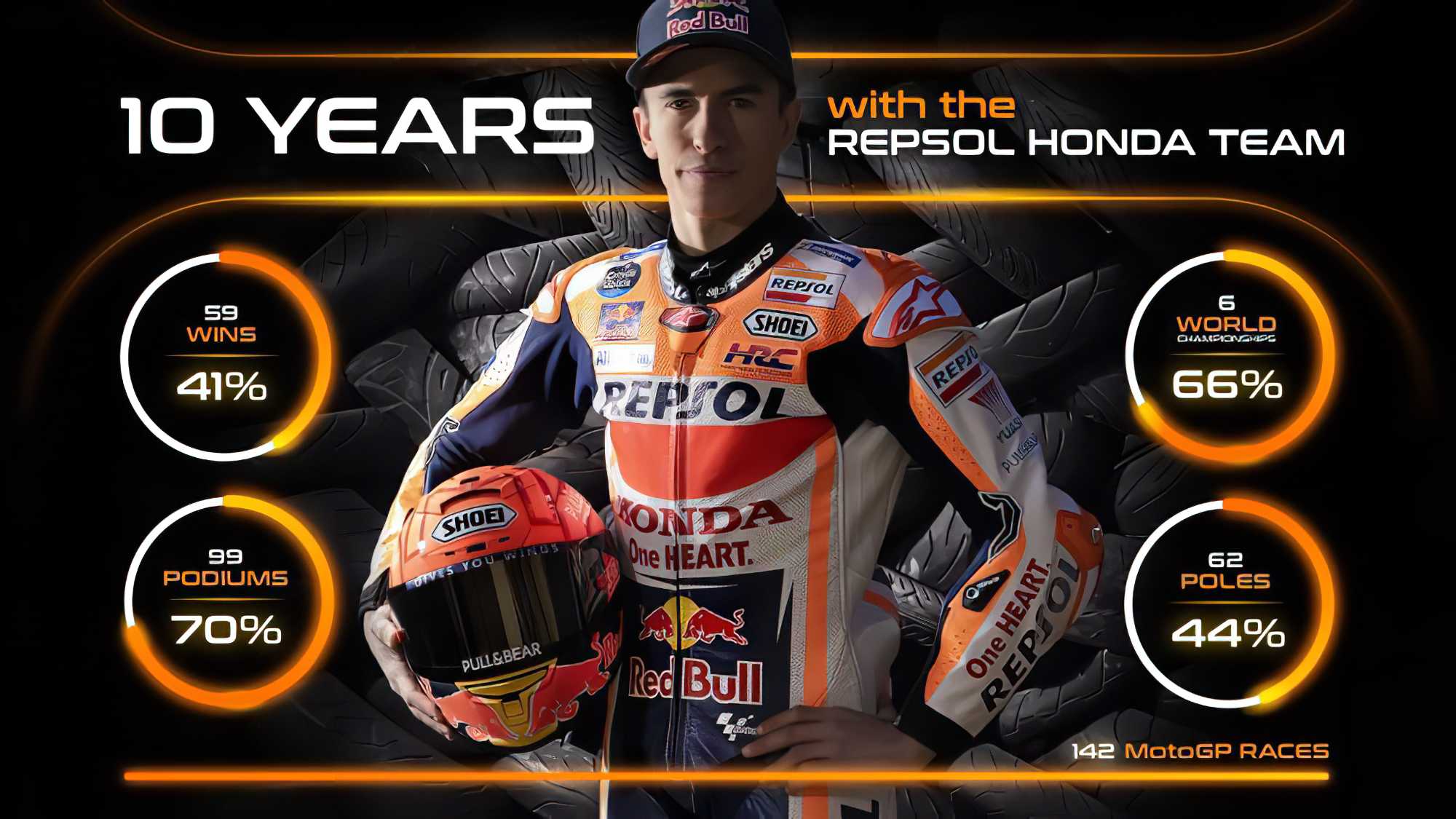