At the beginning of last month, it was reported here about a leaked image of the Zontes VX310. The Chinese company has now confirmed the motorcycle and published the first official pictures.

A small cruiser with 312cc parallel twin and 35 hp looks a bit unsuitable for a touring machine, but you have to keep in mind that the motorcycle will also only weigh 168 kg (ready to drive). Of course, the performance is not enough for trips on the race track, but it should be enough to ride comfortably on the highway.

Here, Zontes uses the well-known 310 base too, which is also used in various other models, such as the R310 Roadster, X310 Sports Tourer, T310 Adventure or V310. The 310 base was recently upgradet with a single-sided swing arm and this is also installed on the cruiser. This has a unique selling point in this displacement class.

The Zontes VX310 is equipped with an adjustable windshield, LED headlights and a colored TFT display. The built-in 180 rear tire makes look the motorcycle a bit bigger than it really is. 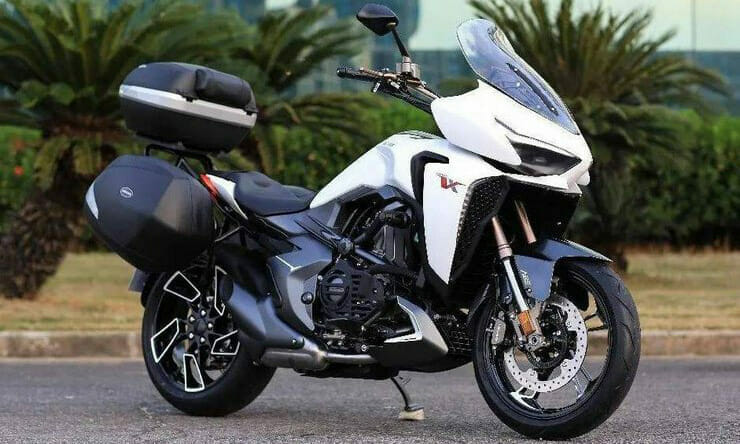