4 min read
Yamaha has presented the MT-10 trimmed to Euro5. In addition to a small increase in power, there is a facelift and minor technical changes.

Yamaha has presented the MT-10 trimmed to Euro5. In addition to a small increase in power, there is a facelift and minor technical changes.

The revised 998cc CP4 engine from the R1 features forged aluminum pistons, steel components instead of titanium connecting rods to provide increased flywheel mass at the crankshaft, and modified fuel injection tuning. In addition, the airbox and titanium exhaust system have been modified. All of this results in increased torque between 4,000 and 8,000 rpm, the range where the previous MT-10 lacked some power.

On the side of the 17-liter tank, there are enlarged air intakes that can suck in more air, which should help increase performance. The tank cover has been reshaped slightly at the knees for improved knee fit. Behind it is the new and more comfortable seat.

The front end has been modified to look more coherent and dominant, Yamaha says. New is the dual LED headlight, with separate high and low beams. The LED daytime running lights sit above them like eyebrows. The taillight has also been redesigned and is now slightly smaller. The brakes have been upgraded with a Brembo radial pump.

In terms of assistance systems, an adjustable speed limiter was added, allowing a maximum top speed to be set. Quickshifter with blipper function (i.e. for upshifting and downshifting) is now standard. Adjustments can be made via the new 4.2-inch TFT display derived from the R1. Operation is via the switch units also derived from the R1.

The KYB suspension elements have been retuned. With the first tires one sets now on Bridgestone S22.

Three color variants are offered: Cyan Storm, Icon Blue and Tech Black. It will be available from February 2022.

Key features of the MT-10 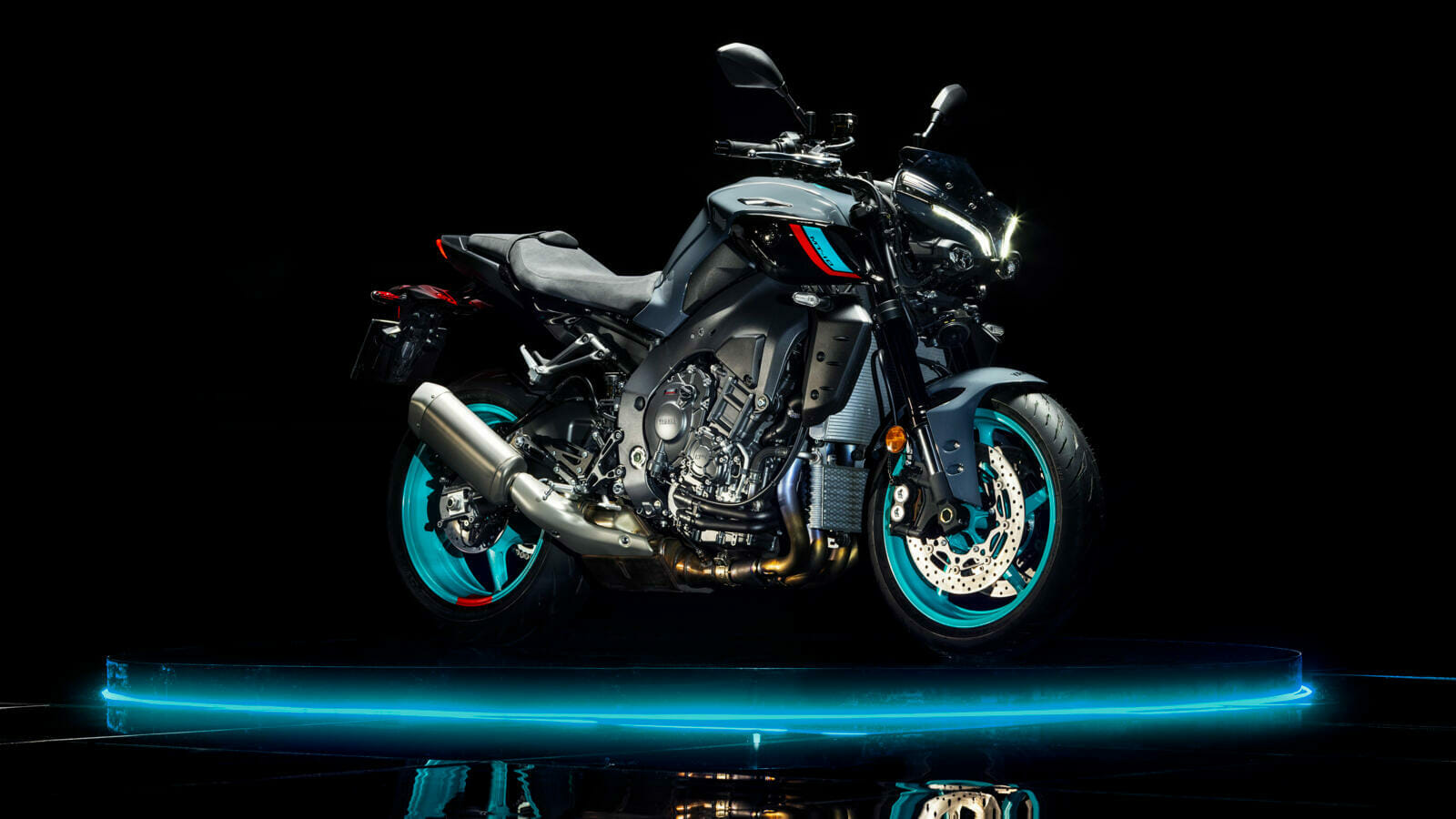