At the Osaka Motorcycle Show, Yamaha exhibited the MT-09 Cyber Rally. It is a futuristic conversion of the MT-09 in the style of the MT-09 Street Rally from 2014.

The MT-09 Street Rally went more in the direction of supermoto and was equipped with a large headlight cover that merged into large winglet-like hand protectors, which changed the front view extremely.

In this style, the current Yamaha MT-09 has now been rebuilt, which has resulted in the Cyber Rally. The parts used are made of carbon, or at least have a corresponding look. They come from Yamaha accessories dealer Y`s Gear, accordingly, it should be possible to rebuild his Cyber Rally itself. For this, however, one would have to import the corresponding parts. Whether the model will be published in this way has not yet been announced. It can be assumed that Yamaha will first test the reactions, as it was the case with the Street Rally. 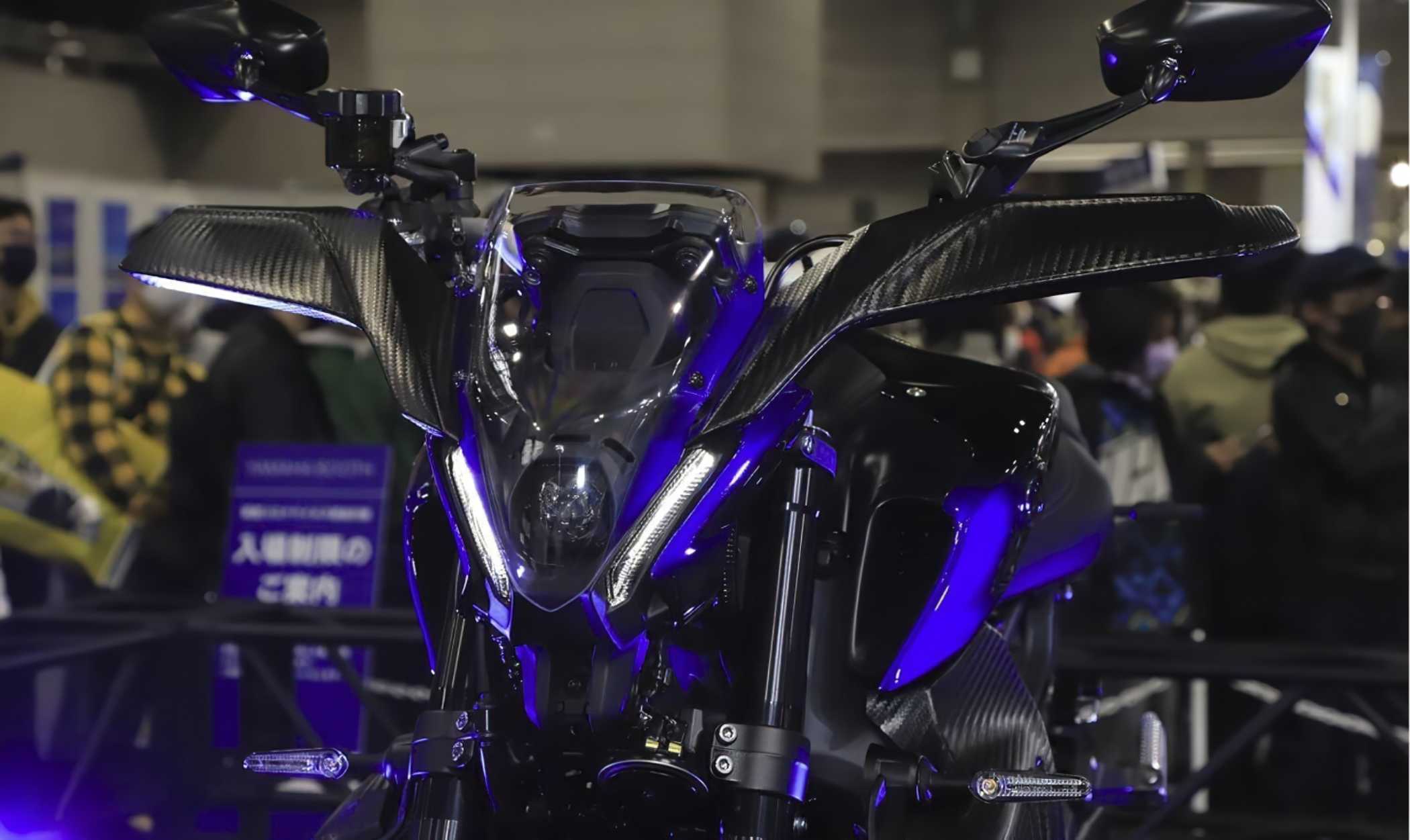