Walt Siegl is one of the best motorcycle manufacturers in America and has now introduced two of his works bearing the simple name SBK, Superbike.

The two motorcycles come in a retro look but have new technology installed.

In the red SBK, the four-valve engine of the Ducati 1098 was installed. This was picked up by Bruce Meyer’s performance.

The engine of the blue SBK comes from Ducati and was revised by Meyers. This engine was also built for the 1098, but is now an air-cooled two-cylinder.

Walt Siegel built a Tellis steel frame and a self-supporting rear frame for the two machines. The swingarm and the front struts come from the 1098

The carbon fiber fairing, the airbox, the carbon intake pipes and the manifolds are also from Siegel. At the red SBK a SC-Project and at the blue an Arrow Muffler was installed.

The fairing comes from Custom Gustafsson.

The electronics are from Ducati. Traction control, Quickshifter incl. Blipperfunktion and data acquisition is integrated.

The two bikes weigh just over 340 lbs – in street-legal trim.

Performance and price? The question remains open for the time being. 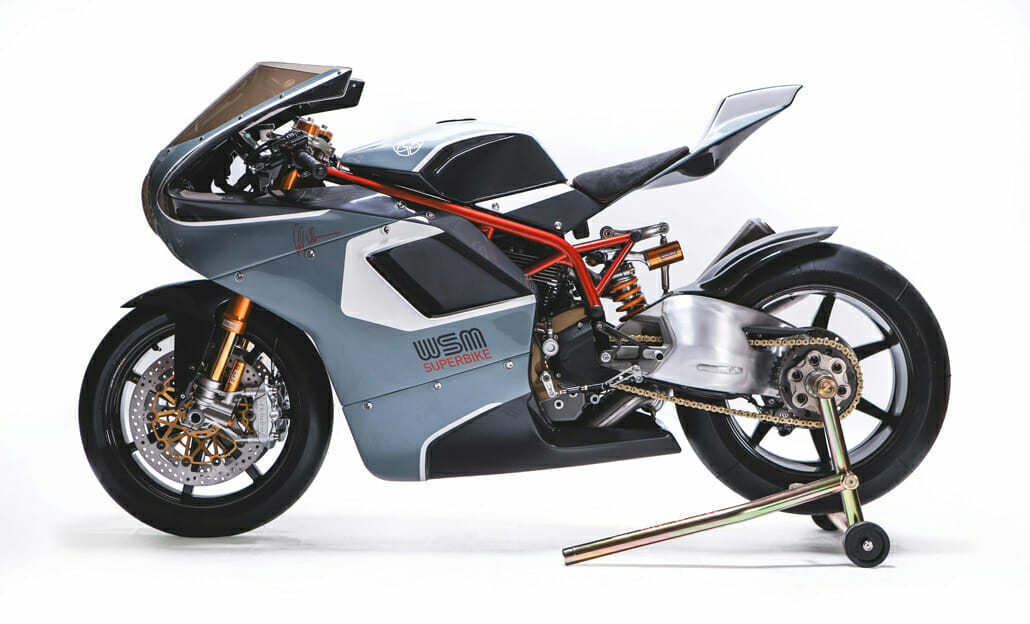