Designer Syu Wei Chen has thought about what a firefighting motorcycle could look like and designed the Tunnel Keeper.

The Tunnel Keeper is an electric motorcycle that could be used in the event of accidents in a tunnel. The main purpose is to reach injured people in the confined space. It is usually difficult for the fire department to reach injured persons in a tunnel or to extinguish a fire. Due to the vehicles in the tunnel, large equipment can usually not be used. This is where the Tunnel Keeper could come in handy.

The designer has also come up with some interesting functions for the Tunnel Keeper. The driver is supposed to get all relevant information via a head-up display. The motorcycle is equipped with a detachable stretcher, an extinguishing or water mist system and a ventilation system that can direct smoke in a specific direction to improve visibility of the accident black spot.

Currently, the Tunnel Keeper is only a design that has been submitted to the Core77 Awards. However, building a corresponding motorcycle could make perfect sense. 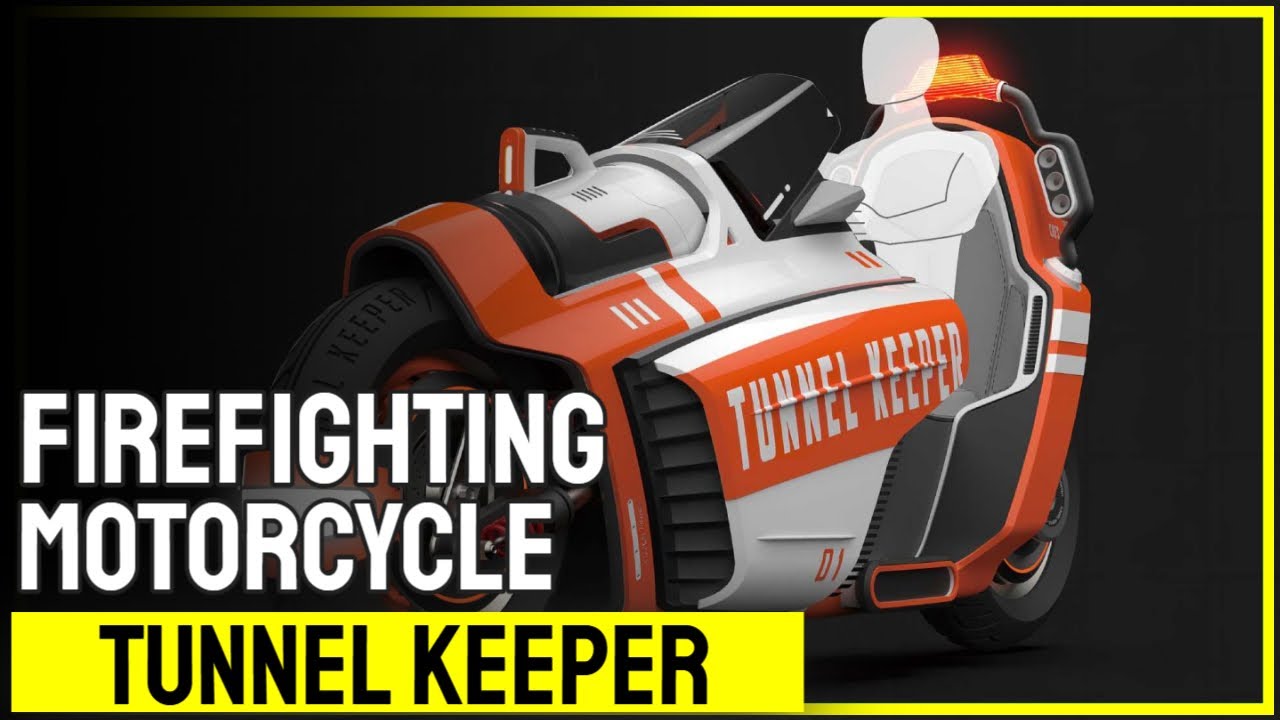