In an unlisted video Triumph announces the Tiger 900 and 900 GT models. The presentation is scheduled for the 3rd of December.

Not for the first time, Triumph is planning a presentation of a new model for the end of the year. Last year, the Speed Twin was unveiled at this time.

The video does not even try to hide the bike, even if one usually only see it from a distance.

The headlight design has been redesigned. Above the LED headlamps is an LED daytime running light, which was led over the entire headlight width.

The 900 in the name indicates that the engine has got a capacity expansion. Because of the upcoming Euro5 standard, maybe the Tiger 900 can replace the 800s.

The power of the three-cylinder should be around 110 hp. 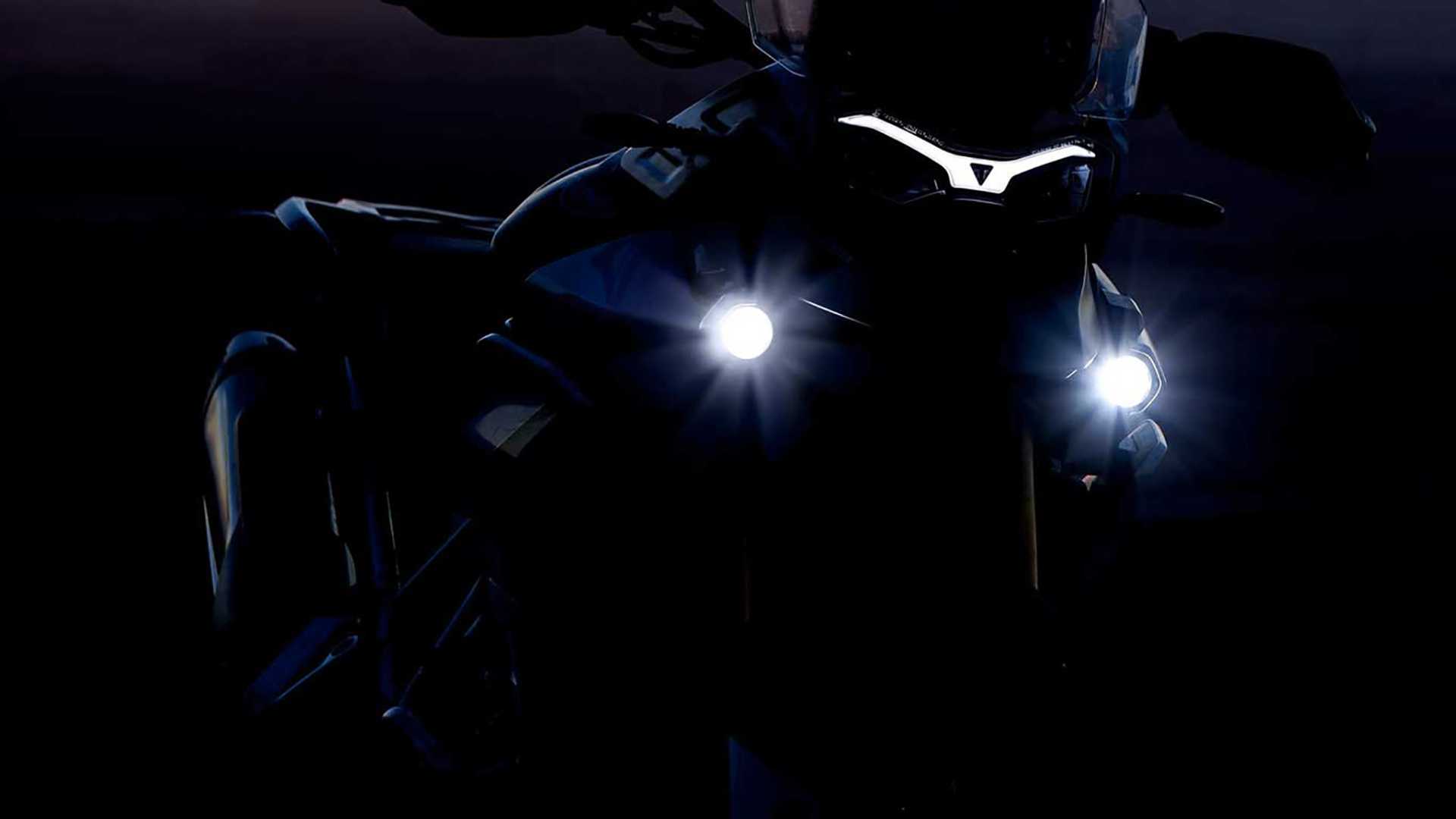