4 min read
To showcase the R 18's transformative capabilities, BMW has launched "Soul Fuel." Here they collaborates with selected customizers, including Shinya Kimura, who has now created "The Wal".

To showcase the R 18’s transformative capabilities, BMW has launched “Soul Fuel.” Here they collaborates with selected customizers, including Shinya Kimura, who has now created “The Wal”.

From a purely technical point of view, the motorcycle tuner from California left the R 18 untouched, but the same cannot be said for its looks. He did not make any sketches or plans for the Wal, he worked purely with the idea he had in his head.

The character of the bike, or rather the idea after he created the whale, was the characteristic of an almost inexhaustible power, together with good nature. He describes the result as Sports Enduracer, a sporty endurance bike.

The complete fairing was handcrafted from sheet metal. In the center of the half-shell fairing is a round headlight. On the left side (when standing in front of the bike) a second round headlight was integrated. Below it are vents with vertical struts that could represent the whale’s beard.

For the “long haul”, the tank has been increased by a whopping 4 liters in volume. One takes a seat on a rounded seat hump, which was covered with a handmade leather cover. The rests have been mounted almost five centimeters further back. The handlebars are 20 cm narrower and have been mounted about 15 cm further down. This results in a sportier seating position.

To complete the look, the stock exhaust system was blacked out and the fairing was given a rough textured paint finish reminiscent of a bronze powder coat.

“I built the R18 all for myself. When I rode the stock R 18, I thought maybe it would fit my build and riding preferences better if I designed it with a fairing that was a little more front-focused. I decided to keep the frame, wheels and tires, as well as suspension and brakes, because I didn’t feel the need to change them after riding it. In addition, I wanted my R 18 to be able to ride long distances while feeling and enjoying the legendary boxer engine. It was very important to me to preserve the two characters of the R 18 as I experienced them when riding it. Thanks to its huge engine, it is wild and of almost inexhaustible power on the one hand, yet completely docile on the other. Like a whale, in fact, hence the German animal name for this R 18, which for me is something of a sports endurancer,” explains Kimura. 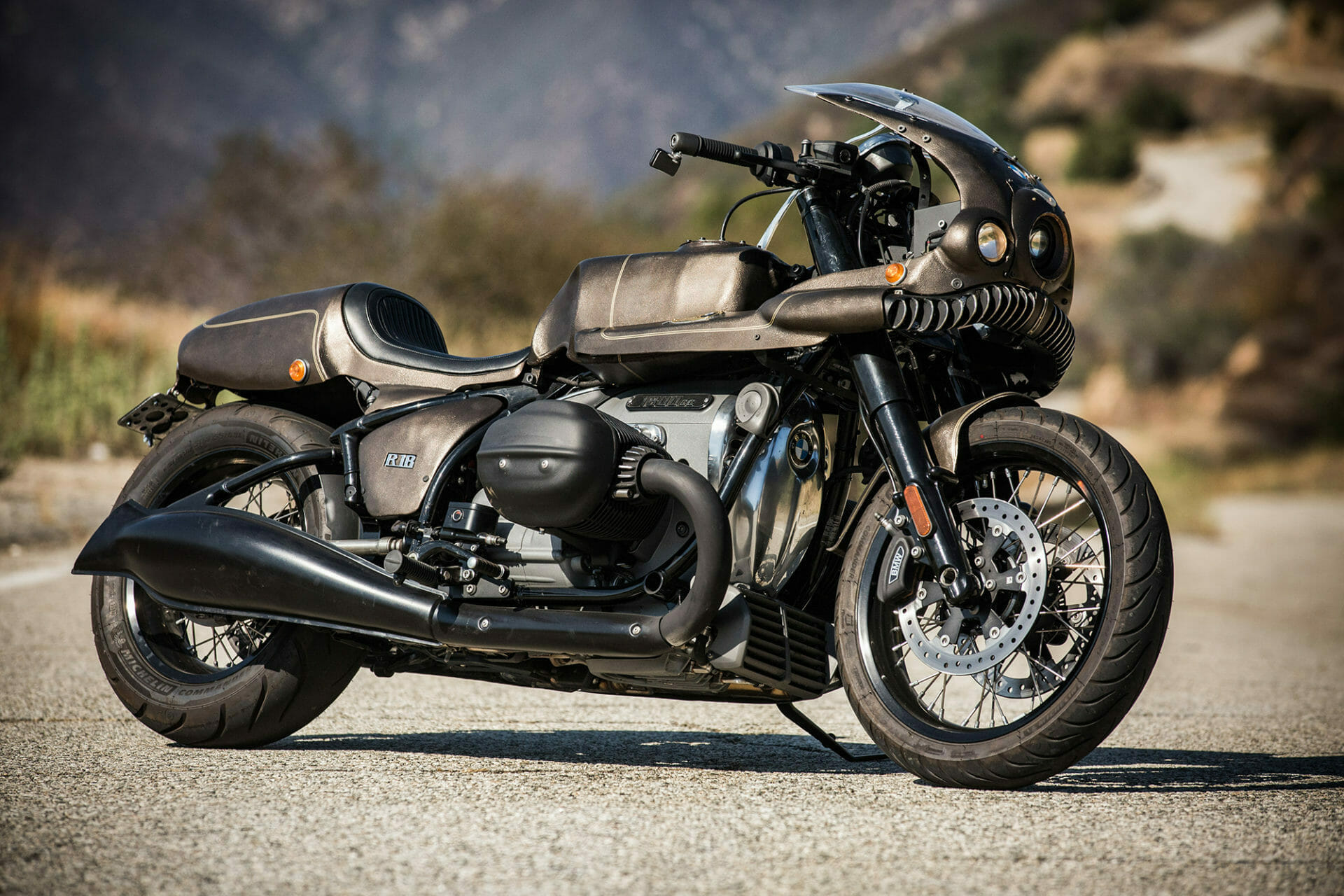