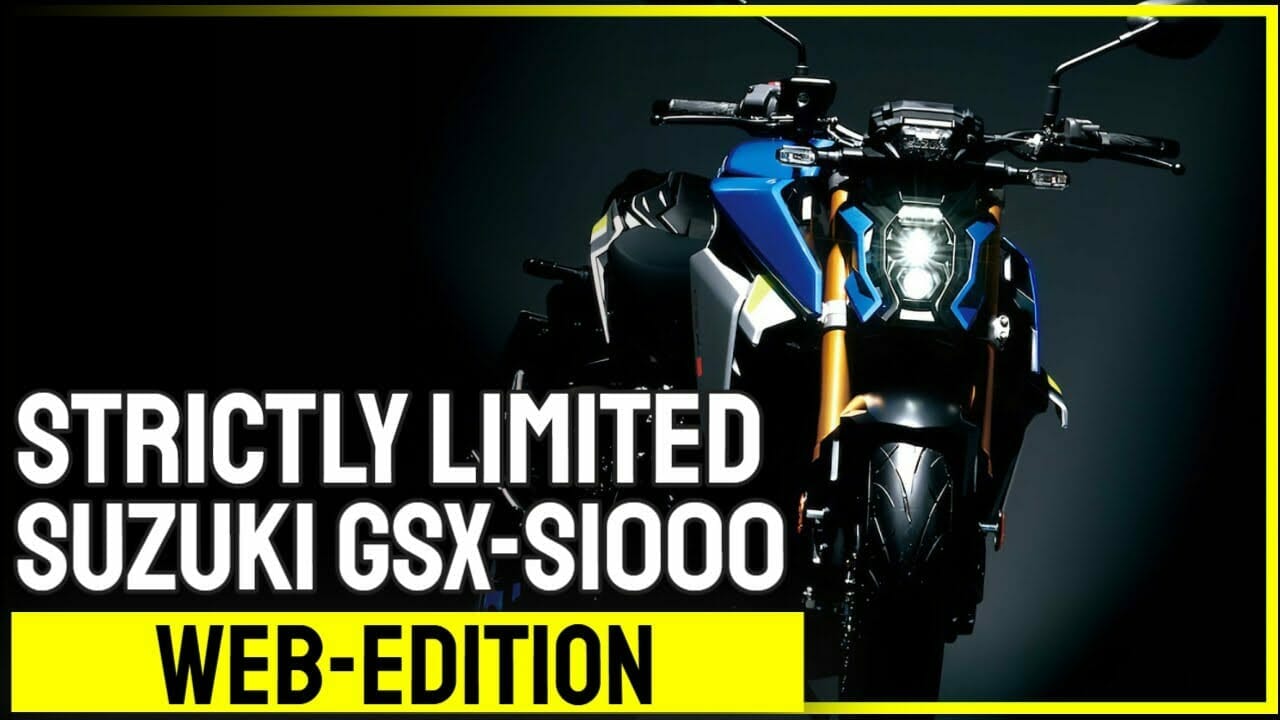 Only recently Suzuki presented the new GSX-S1000. With the Web Edition, a strictly limited special model is now offered, but only in Italy.

Only few changes but extremely rare

Only five copies of the Web Edition will be offered. The changes compared to the standard model, however, are not particularly large. The fenders, front and rear, have been replaced with carbon copies. There is a cover for the pillion seat, which turns the bike into a single seater. The really stylish cover has a “Web Edition” lettering.

The instrument in the cockpit was provided with a small fly screen. On the triple clamp is also the Web Edition lettering, as well as the production number of the model. Technically, the new Suzuki has not been changed.

Since the changes are limited compared to the standard model, the surcharge for the special model is also moderate. At €14,050, it is a good €600 above the RRP.