Designer Shane Baxley used the computer to design his idea of an electric motorcycle equipped with spokeless wheels. These are the so-called orbital wheels, which are wheels without hubs. They were developed by the Italian designer Franco Sbarro in the late 80s.

The swing arm is connected to the inside of the wheel at three points. There are no advantages compared to normal wheels, only the extraordinary appearance speaks for it. Strictly speaking, they even have some disadvantages from a purely driving point of view, so they never caught on, but the system really works.

As this is a pure design study there is no information about technical data. However, on the pictures you can see a shift lever, which shows that the model has a gearbox. With electric motorcycles this is a rarity.

The bike is equipped with wide crash pads to protect it in case of a fall. The tires are grobstollig and therefore intended for loose terrain. In practice, this would probably not really work with the special wheels, but it is just a design study.

The bike doesn’t really have a rear end, it ends with the solo seat. The frame was shown as carbon fiber monocoque.

Unusual for the futuristic motorcycle is the apparently analog round instrument, which was installed behind a small fairing pane. 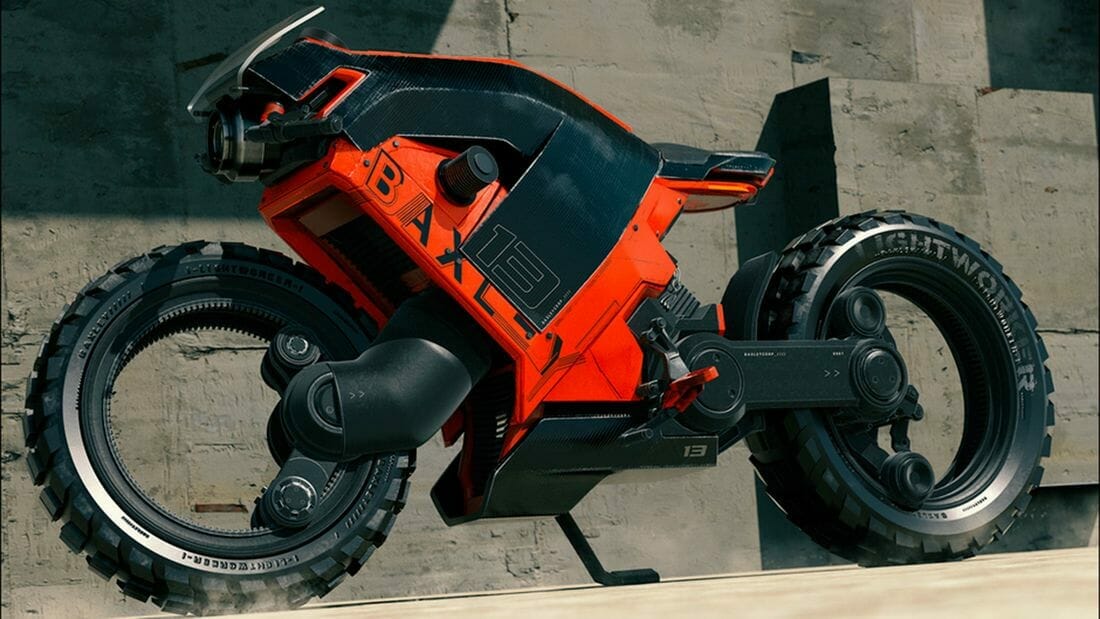