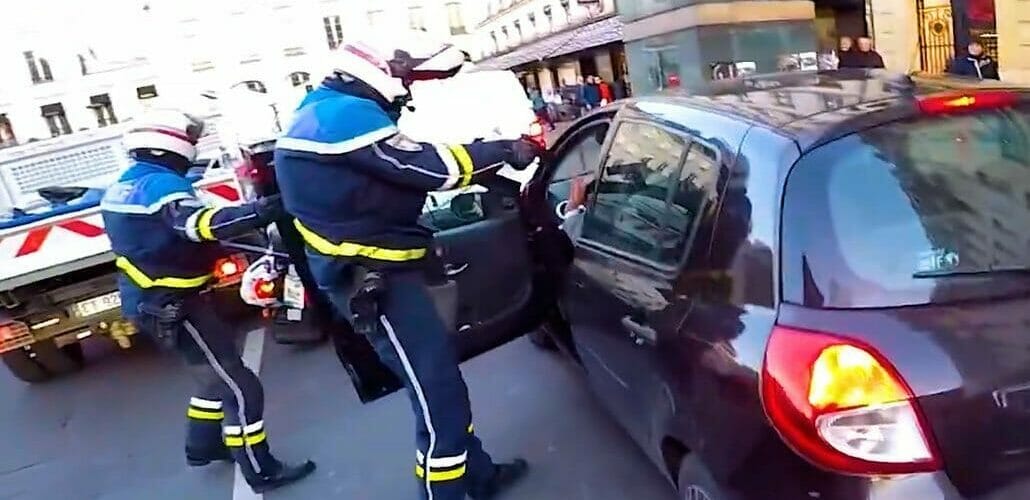 When Santa goes on a criminal hunt. – but it should be a peaceful celebration.

Chase through Paris after a pedestrian was hit by a car.

[sam id=”2″ codes=”true”]The French MotoVlogger Chris-RS actually wanted to please the passers in Paris – by driving in a Santa Claus costume and make a vlog. However, when he was traveling with his Z800, he saw an accident. A car driver drove on a pedestrian and try to escape.

Since there were enough passers in near who could take care of the accident victim, Santa Claus took up the chase and tried to stop the driver. Even if it looked the person causing the collision was stoppt, she always found a gap in the traffic and fled further.

After the cat and mouse game went on for a while and some of the onslaught was in oncoming traffic, Chris found two motorcycle police officers and explaining the situation quickly. Together, they were finally able to stop the driver, who was then forced to disembark and arrested at gunpoint.

The pedestrian was lucky and only slightly injured.

The original Video of the chase through Paris 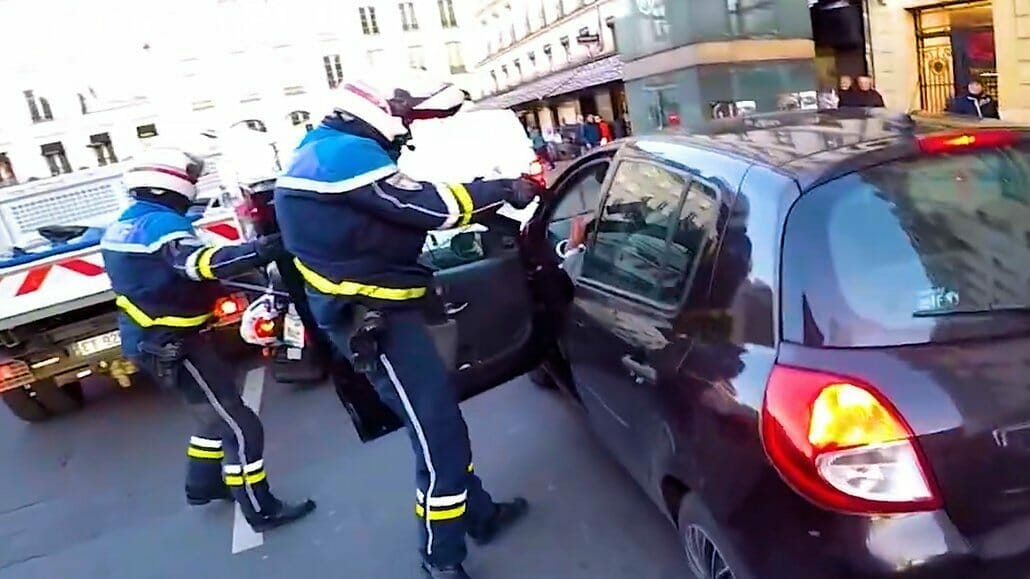