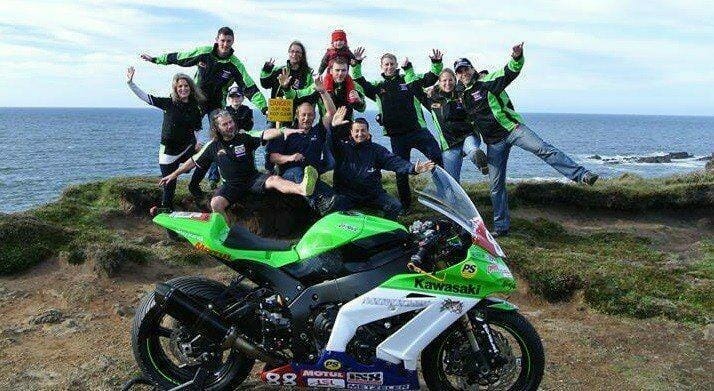 from the racetrack, Presentations

The Road Racer Horst Saiger is known, but how he came to motorcycling? How did he get the idea Road Racing to drive, and then the most dangerous in the world – the TT on the Isle of Man? This documentary accompanies him on the way there – to Tourist Trophy.

The way to the Isle of Man TT

[sam id=”2″ codes=”true”]For road racer, or their fans, the Tourist Trophy on the Isle of Man is the greatest. Participants are absolute heroes. Idols one admires and where one wishes to emulate. Just as it was not for Horst. Originally he did not want the TT, it has certainly not the “big money” or the fame drawn there.

In this documentation, Horst Saiger explains how he came to TT and road races. As it was, the first time to see the route. Not with the motorcycle, but with a rental car in normal traffic. About 60 km, for which he approx 1 – took 1.5 hours. In the race that’s supposed to run under 20 minutes …

His motorcycle had to be prepared for the road race. The route of the Tourist Trophy is not just a race track. Partially rather have a turnip field. The suspension must be adjusted accordingly much softer. He also wanted to get out of his ZX10R, all with enormous time pressure more power.

Macau GP and a stroke of fate

[sam id=”25″ codes=”true”]Flashback – In his first road race in 2004 in Macau, he did not know what he has gotten himself into. A good friend and colleague in Road Racing, Erwin Wilding, had a serious accident which almost cost him his life. Here it remained a strong disability that friendship exists but still.

In 2010 he returned to Macau, a very heavy “track”. Through the streets everything is gone blind, which is extremely Sophisticated. The accident by Erwin in mind also made it no easier …

When Terlicko GP Horst wanted to secure the gold miner’s lamp. He was considered an outsider and rookie odds were not just attributed to him. This too was a part of his way to the Isle of Man. There is also a separate DVD. I myself have not seen, but I’ll make up for. You can buy directly at him -> Saiger Racing

The next blow on the Isle of Man 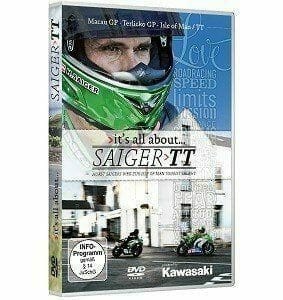 Unfortunately, fate struck again at the training runs to Tourist Trophy. Death came into the common box. Yoshinari Matsushita died after an accident in a training run. Why Horst would have stopped almost the races you see on the DVD.

On the Motorcycle World Bodensee 2015 Horst was a part of the group of experts who spoke about the Isle of Man. Less than an hour, again allow a good insight to Tourist Trophy.