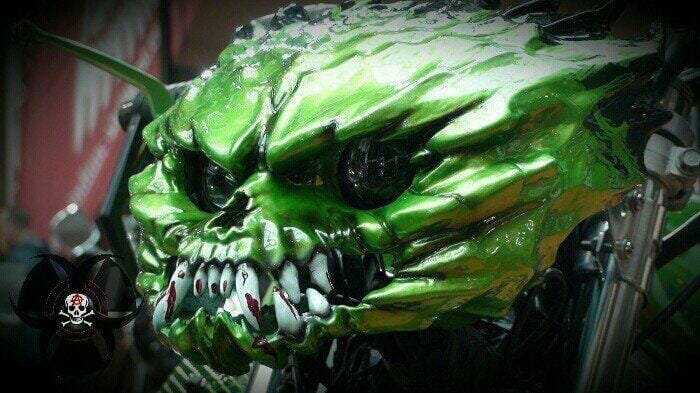 Motorcycle World Bodensee 2015 – fair with the smell of burning rubber

The motorcycle fair “Motorcycle World Bodensee” is very special. In addition to about 280 exhibitors, there was a mass of shows. Stunt Rider, burnouts, quad show, trial demonstration, supermoto race and talk sessions with drivers (and ex) of the Isle of Man Tourist Trophy is only part of it. A lot of photos and videos you can find in this report. 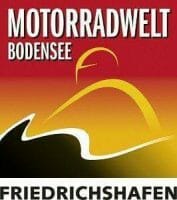 The motorcycle fair went from Friday 23 to Sunday 25.01. and you can not complete all in one day. The Motorcycle World Bodensee provides an extremely versatile program. (A little tip for next year – on Friday going, there’s not so much going on) 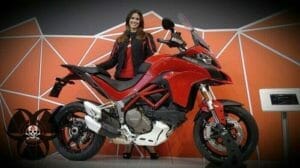 It was my first time on the Motorcycleworld Bodensee and I was really excited. Much unfortunately I could not see or only briefly. The fashion show, for example. But I could do without, at the moment I plan anyway no new acquisition

[sam id=”2″ codes=”true”]Of course, all major manufacturers were represented and you could take a look at the 2015 appearing motorcycles. Ducati Panigale 1299 Kawasaki Ninja H2 / H2R and BMW S1000RR  I have looked at more closely and filmed a “walk around”. Only the new R1 is conspicuous by its absence which was a real shame.

There were of course not only represented supersports, for every taste was there. Just the converted bikes were already really good. 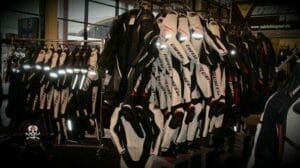 You can buy all sorts of accessories on a motorcycle fair or inspect is clear. Of course, motorcycle helmets, leather suits, boots and accessories such as forward controls, levers stuff, frame sliders, etc. were issued en masse. I really did not miss anything. But plenty of time to rummage I had not because I wanted to see much of the shows.

The shows of motorcycleworld Bodensee 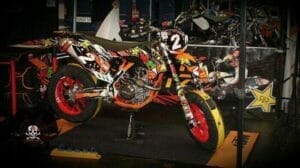 Overall, there were 20 different acts. For all unfortunately I did not have the time, but what I saw was really good!

What is possible with the small manoeuvrable machines can not imagine a normal driver. Obstacles, there are no longer here. So it would seem. Of course, you should be able to handle it and have the necessary balance. 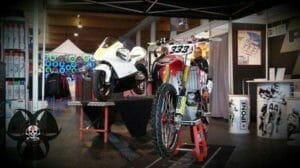 The smell of rubber is great, or sees someone else? The Black Forest BurnoutCrew transformed rubber into smoke – until the tire bursts. The fire was also played. Always great to see … One or the other rubber marks you got sometimes even in the face. At the beginning, yet all crowded around the barrier fence. After a time, the distance between spectators and grid was larger. Because I filmed I stopped and looked something like this

Well, so bad was it not. Unfortunately, it was too cold for my camera and it had always dropouts. But we went with the phone.

In various social networks or forums has been discussed over a cross seam on motorcycle tires. “Production affective” – “is not a problem” so most are the statements. Sometimes, under extreme conditions, it may appear to be different … Look at the video …

When one has ever opportunity Stories from the Isle of Man to hear first-hand?

If you do not know the name. Horst Saiger and Wolfgang Schuster are active in the Isle of Man on the go.

Wheelie Konny is THE “Isle of Man Enthusiast”. – For 25 years, he visited the TT and there is already known, as the stars.

The rest of the expert group are former driver of TT. “Old timers” that could show all of us how to deal correctly with two wheels.

I would gladly have heard much more! 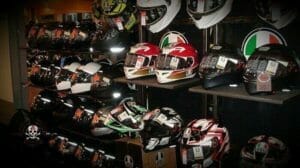 I’ve always loved Stuntrider. Women are in the scene but quite rare. They can also proved something Sarah Lezito.

Most motorcycles are not exactly easy. If you want to move sporty need full body application. Something power can also help … so fascinating is how Sarah with her petite figure playing with the machine and they can dance, as if it were the lightest in the world …

By far not all 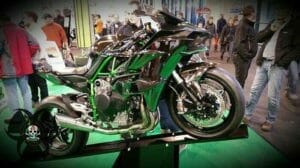 That was not all that far. Trike or quad drift shows, customizing, testing Parkour for Motorcycles, E-Bikes, also to offspring has been thought … Actually too much for this report. Many class converted motorcycles could also be admired. Many of them are Street Fighter! Many I have also filmed the video is yet to come. Unfortunately, I can do not quite make all video online it appears to the report.

just come next year to the motorcycle Bodensee, maybe we’ll see us there in 2016!