The upcoming Royal Enfield Shotgun 650 was unveiled at EICMA as the SG650 concept, and now it has been spotted on test rides.

The Shotgun is the fourth model powered by the 648cc twin cylinder, like its sister models the Interceptor or Continental.  The Meteor 650 Cruiser, which is the third model, is expected to be introduced later this summer.

The Shotgun is a bobber version of the 650 base that will retain the sleek lines.  However, the rear end will be steeper and the seat will be lower. The headlight and side panels apparently make it from concept to production.

It’s safe to assume that the engine in the Shotgun will also produce 47 horsepower. 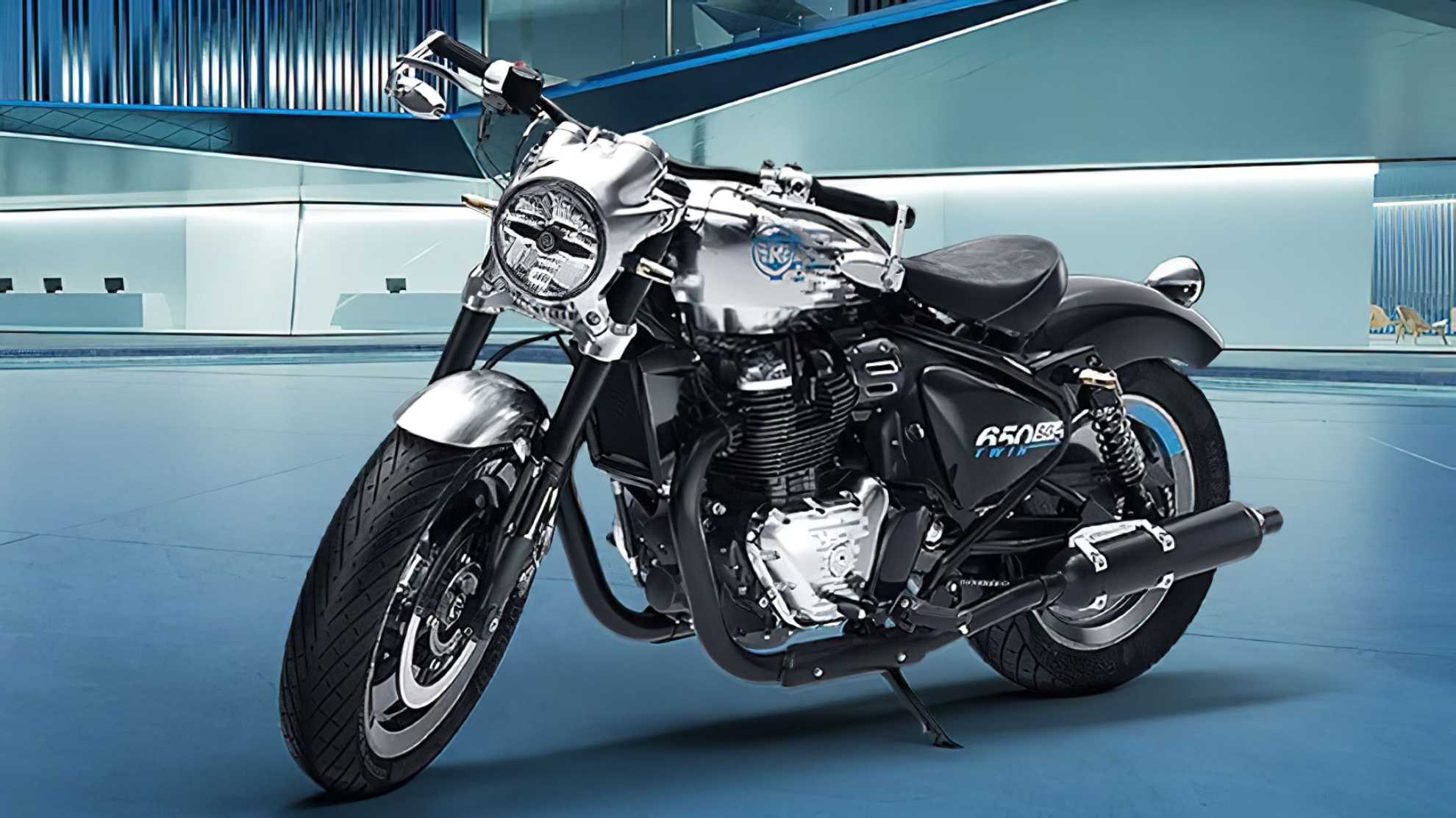