On the occasion of the 25th anniversary of the Ducati 916, the Italian motorcycle manufacturer announces a strictly limited special edition of the V4, the Panigale V4 25 ° Anniversario 916.

When the Ducati 916 debuted in 1994, it was the first motorcycle ever to be described as “sexy”. The innovative, dynamic and lightweight design quickly made it a classic. The 916, as well as the developments 996 and 998 were produced until 2004 and built a total of 45,000 times.

The 916 was also convincing in the Superbike World Championship. She won 120 races, eight constructors and six driver titles. Four titles with the 916/996 went to the Englishman Carl Fogarty.

Special model is limited to 500 pieces

With the limited edition of 500 pieces special model of the Panigale V4 you want to revive the spirit of the 916. The basis of the Panigale V4 25 ° Anniversario 916 is the Panigale V4 S. However, elements of the V4 R were also installed. The front frame, the dry clutch and specific electronic components (Quick Shift EVO 2 & DTC EVO 2 traction control) upgrade the S version. It also comes with forged Marchesini Racing magnesium wheels, type-tested titanium exhaust system from Akrapovic and many components made of aluminum or carbon fiber.

The STM EVO-SBK aluminum dry clutch is intended to provide a better driving experience on the racetrack. It provides a more efficient anti-hopping function, which results in a smoother rolling response during aggressive downshifts. A secondary spring from the Ducati Performance accessories catalog could also be used to individually adjust the degree of engine braking torque.

As standard, an open clutch cover made of carbon fiber is installed. The titanium muffler is 0.5 kg lighter than the standard exhaust of the V4 S and gives the machine a MotoGP-like look.

Visually, the color scheme of the winning bike was inspired by the 1999 WSBK season, with which Carl Fogarty won. For this reason, the “world champion 1” was applied. Buyers of the special model have the opportunity to further enhance the visual connection to the 996 SBK from Carl Fogarty. The motorcycle comes with stickers bearing the Shell logo and “Foggy” lettering, which can be applied as an option. The number of the motorcycle is stamped on the upper fork bridge. 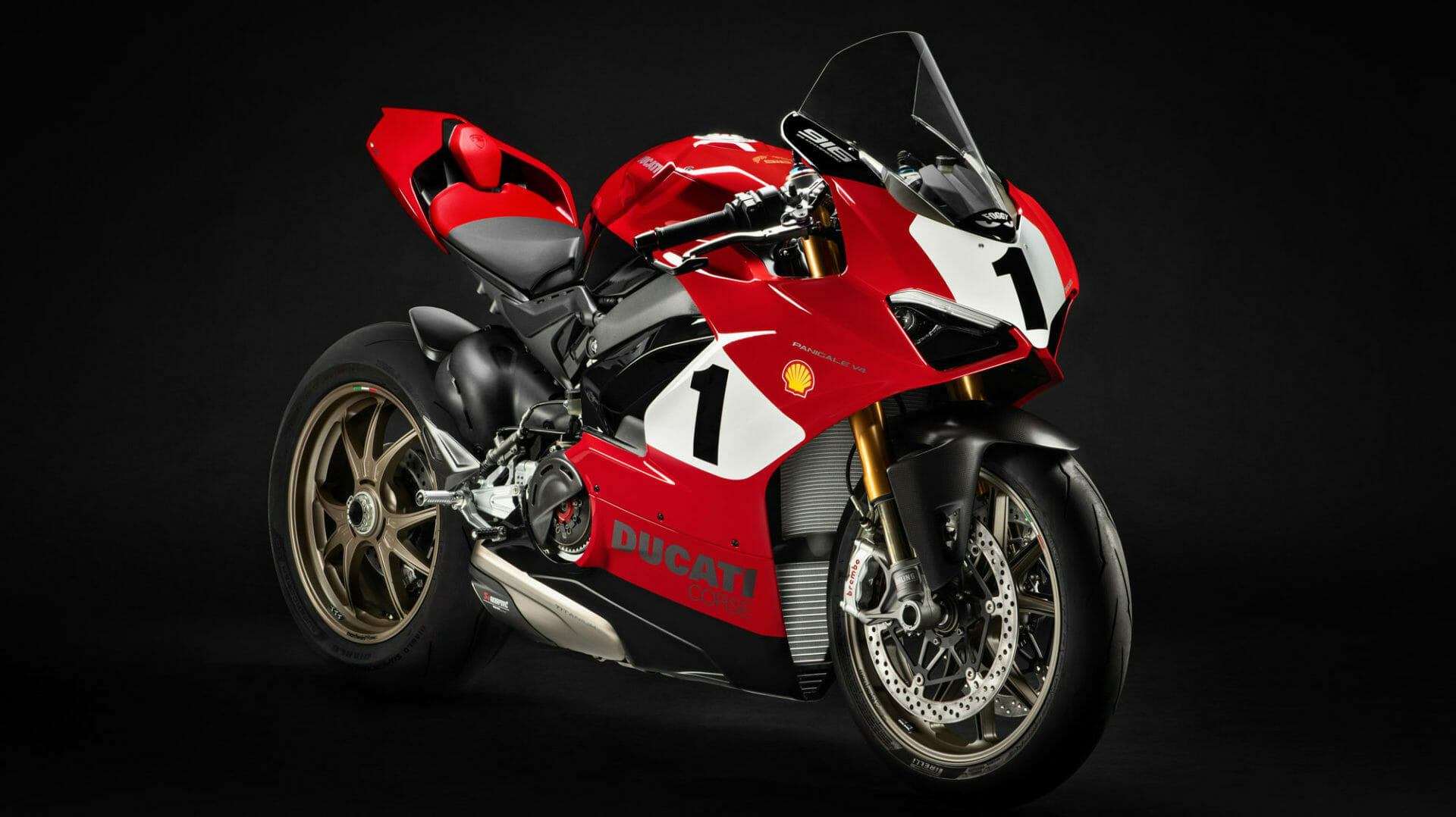