2 min read
Cinema Mode
Indian Motorcycles has unveiled the Scout Rogue, which is basically based on the Bobber Twenty, but with a more aggressive design.

Indian Motorcycles has unveiled the Scout Rogue, which is basically based on the Bobber Twenty, but with a more aggressive design.

The Rogue appropriately comes in a friendly matte black. The biggest difference compared to the Bobber Twenty is the front wheel, which has been enlarged to 19 inches (instead of 16 inches). It is covered with a 130/60 tire. On the data of the Bobber, regarding wheelbase, steering head angle and caster, nothing changes. It remains at 1,576 mm, 61 degrees and 120 mm.

A small lamp mask was mounted on the front. The handlebars come in a mini ape hanger style.

In terms of price, the Indian Scout Rogue is priced at 15,590 euros in Black Smoke Midnight. The colors Sagebrush Smoke or Stealth Grey cost 300 euros extra. 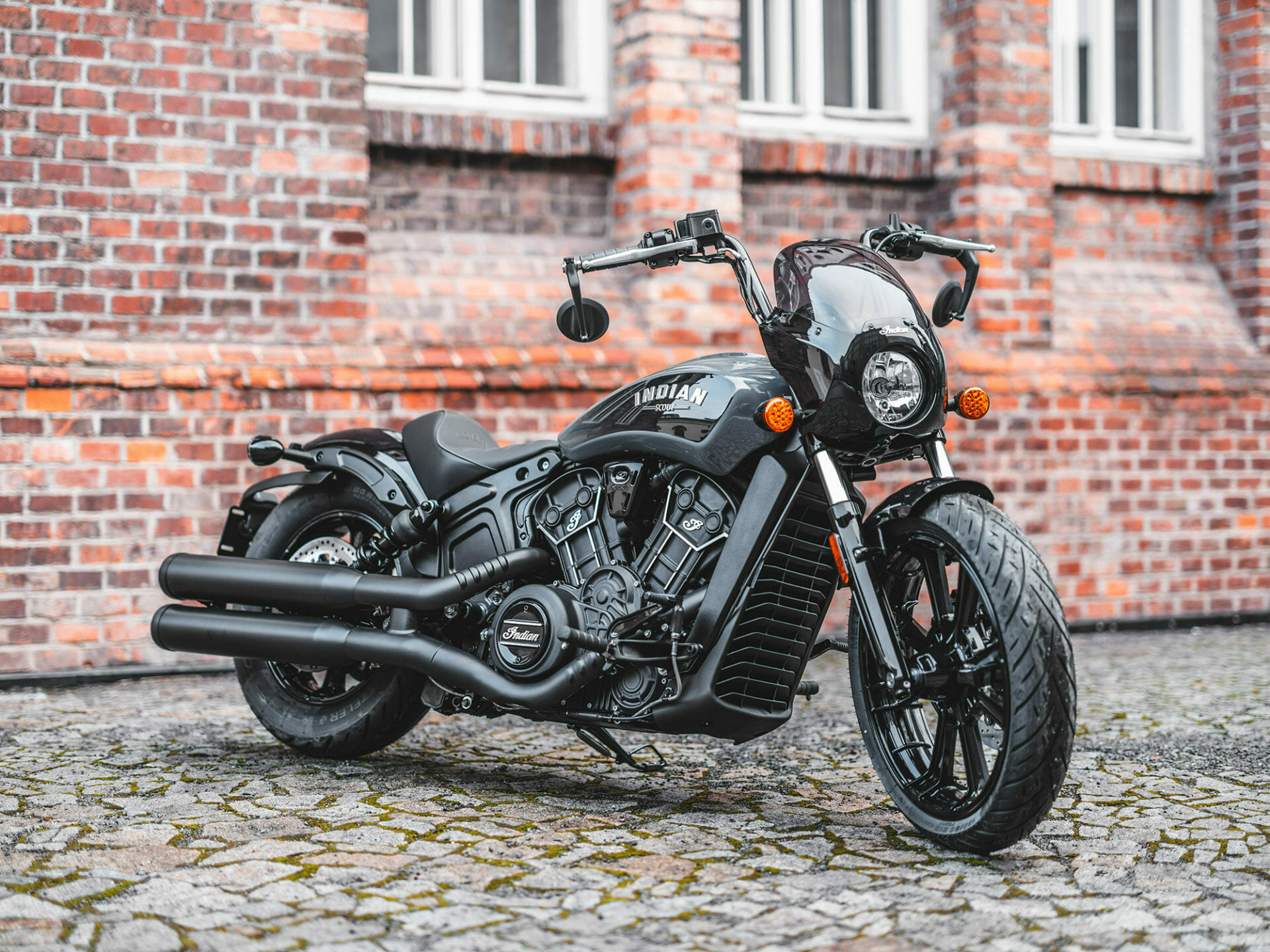