3 min read
Cinema Mode
Aprilia has reworked the Tuono V4 for 2021 a large piece. In addition to the engine, the aerodynamics, chassis and electronics have also received a makeover.

Aprilia has reworked the Tuono V4 for 2021 a large piece. In addition to the engine, the aerodynamics, chassis and electronics have also received a makeover.

The engine had to be revised somewhat for Euro5. The pure performance data, however, remained the same. Aprilia specifies 175 PS and 121 Nm, which the 1,077cc V4 engine delivers. Whether the update affects the rev characteristic curve and in certain areas something had to be forfeited in power, has not yet been confirmed. However, because of the changeover, it must be expected. There have also been changes to the exhaust system.

Like most current Aprilia models, the Tuono V4 gets the double fairing in which the winglets have been integrated. This provides more downforce at the front, which counteracts a wheelie tendency and provides more stability, especially at high speeds.

The headlight has been revised and now offers a daytime running light and cornering light. Aprilia uses lightweight LED technology for this.

The pillion seat and footpegs have been modified to provide a slightly more comfortable seat for the passenger.

A new feature is the swingarm with underslung beam, which is intended to stabilize the rear end better during acceleration. Damping is provided by a conventional upside-down fork on the standard version and a traditional shock absorber at the rear, while the V4 Factory uses a semi-active Smart EC 2.0 system from Ohlins.

Aprilia resorted to Marelli’s 11MP ECU and a six-axis IMU on the Tuono V4 for 2021. As a result, the assistance systems now take into account the motorcycle’s lean angle. The assistance systems have been revised and adapted accordingly. The settings are made via a new TFT display.

The Aprilia Tuono V4 2021 will be offered in Tarmac Gray and Glacier White at a price starting at 17,490 euros. The Tuono V4 Factory is available in black with red rims from 20,990 euros. 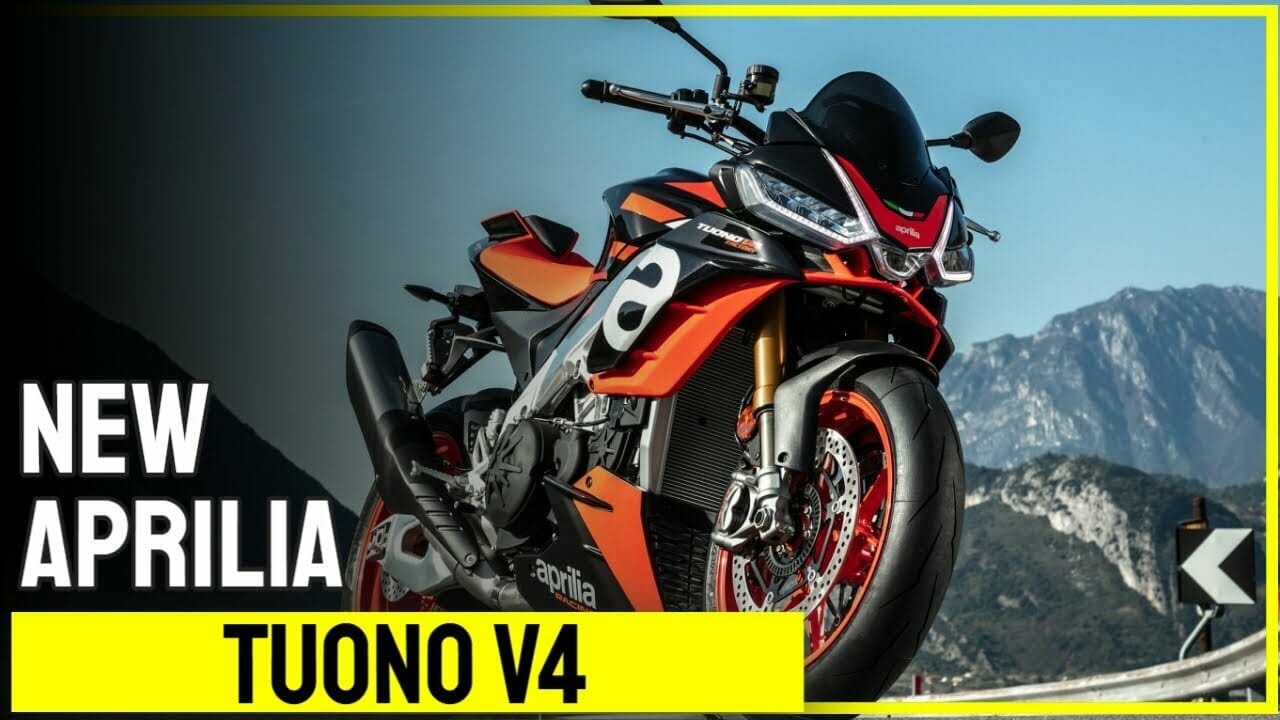