3 min read
From October Denali will launch new universal turn signal units on the market. The different sets are equipped with additional and/or replacement lighting depending on the application.

From October Denali will launch new universal turn signal units on the market. The different sets are equipped with additional and/or replacement lighting depending on the application.

Turn signal, rear and brake light in one

The Denali T3 direction indicators for the front has a clear additional lighting and makes sure that you are seen better. The turn signals can be mounted individually at different positions and can be used as auxiliary turn signals, but depending on the mounting location, they can also replace the original turn signals. For this, however, the relevant regulations regarding the distance between the indicators and the mounting height must be observed.

The turn signal units for the rear have an integrated rear and brake light in addition to the flashing function.

The front light units illuminate in a white light until the turn signals is activated. Then the light switches to yellow on the corresponding side. At the rear they shine permanently in red, the flashing function is of course identical to the front lighting. In addition, the lights become even brighter when braking.

For a particularly bright light the lights are equipped with high-power LEDs. In contrast to two-color LEDs, separate rows of single-color LEDs are used here, which can shine much brighter than two-color LEDs.

The T3 auxiliary lights are designed in such a way that they can be placed in various locations. Of course Denali has corresponding accessories in its program or are included in the set. The turn signals have an E-approval and can be pre-ordered immediately. The price is 120 € per set. 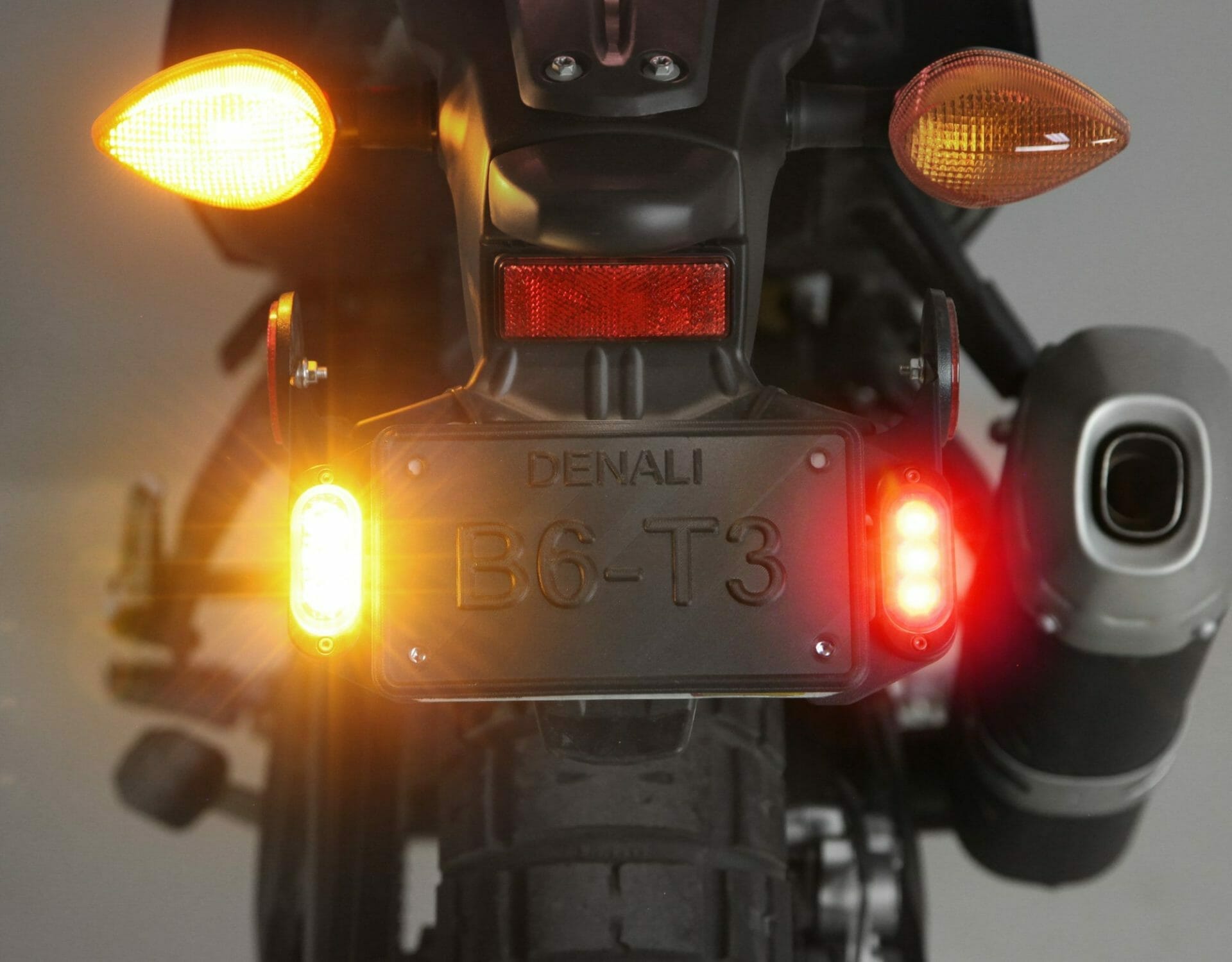