Some time ago, the SR-C21 concept was shown in a teaser and also exhibited at the EICMA. Now the name of the resulting production bike was revealed and also the first performance data.

A picture of the model was posted on CFMotoPakistan’s Facebook page. “CFMoto 450SR Warm up” was written to it. So we can assume that a 450cc engine will provide propulsion, which is also confirmed in the next sentence, because here are the first performance data: 450cc, 37 kW, 39 Nm. So a little more than 50 PS will be present in the CFMoto SR450.

CFMoto also advertises the bike with, ” Power is as strong as 500CC. Weight is as light as 250CC.”

On the posted picture you can see the front of the 450SR. Contrary to initial images from alleged test rides, the eye-catching winglets are still present. To be road legal, main headlights and mirrors with integrated turn signals have now also been fitted.

How it is with the high-quality brakes and the single-sided swingarm of the concept, so whether they are present, one can not currently say. On the test bike, there was only a single brake disc at the front, and also a normal swingarm. However, it must also be said that the winglets were also missing there and are now apparently present again. 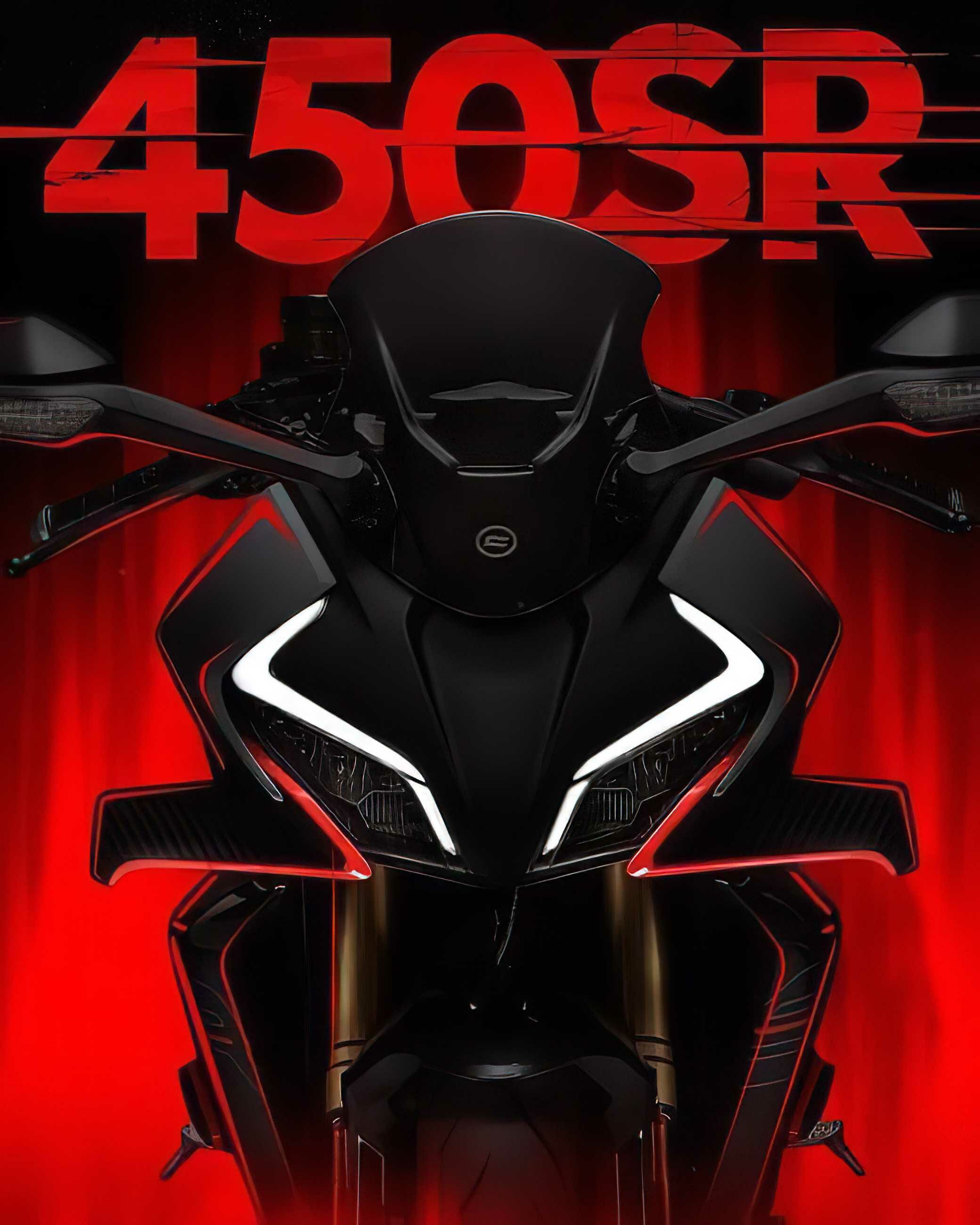