3 min read
Cinema Mode
MV Agusta celebrates its 75th anniversary and for this reason launches the special model Superveloce 75 Anniversario. The model is limited to 75 pieces and can only be ordered online for 75 hours.

MV Agusta celebrates its 75th anniversary and for this reason launches the special model Superveloce 75 Anniversario. The model is limited to 75 pieces and can only be ordered online for 75 hours.

From November 15th at 00.00 a.m. the online portal will open where you can pre-order the MV Agusta Superveloce 75. The portal is only open for a maximum of 75 hours or until the 75 pieces are sold out. A deposit of 100 euros must be paid.

The special model is basically a Superveloce 800, which was designed in a special colour scheme. The Italian flag was used as a model for this. Accordingly, the colours red, white and green were used. The frame and parts of the rims are golden, the seat was made of red Alcantara.

There are no technical changes. For propulsion the F3-800 in-line triple cylinder with 147 hp is still used.

A certificate of authenticity will be delivered with the anniversary motorbike. An Arrow exhaust system without road approval is included in the package for race track excursions. Special software for the engine control unit is also supplied. Like the exhaust system, however, it is only intended for use on the racetrack. There is also a painted cover for the hump.

The production number of each model is engraved on the triple clamp.

MV Agusta has not yet revealed the price. The basic series model costs around 20,000 Euros, the noble model “Serie Oro” is available from 28,000 Euros. The price of the MV Agusta Superveloce 75 Anniversario is probably somewhere in between. 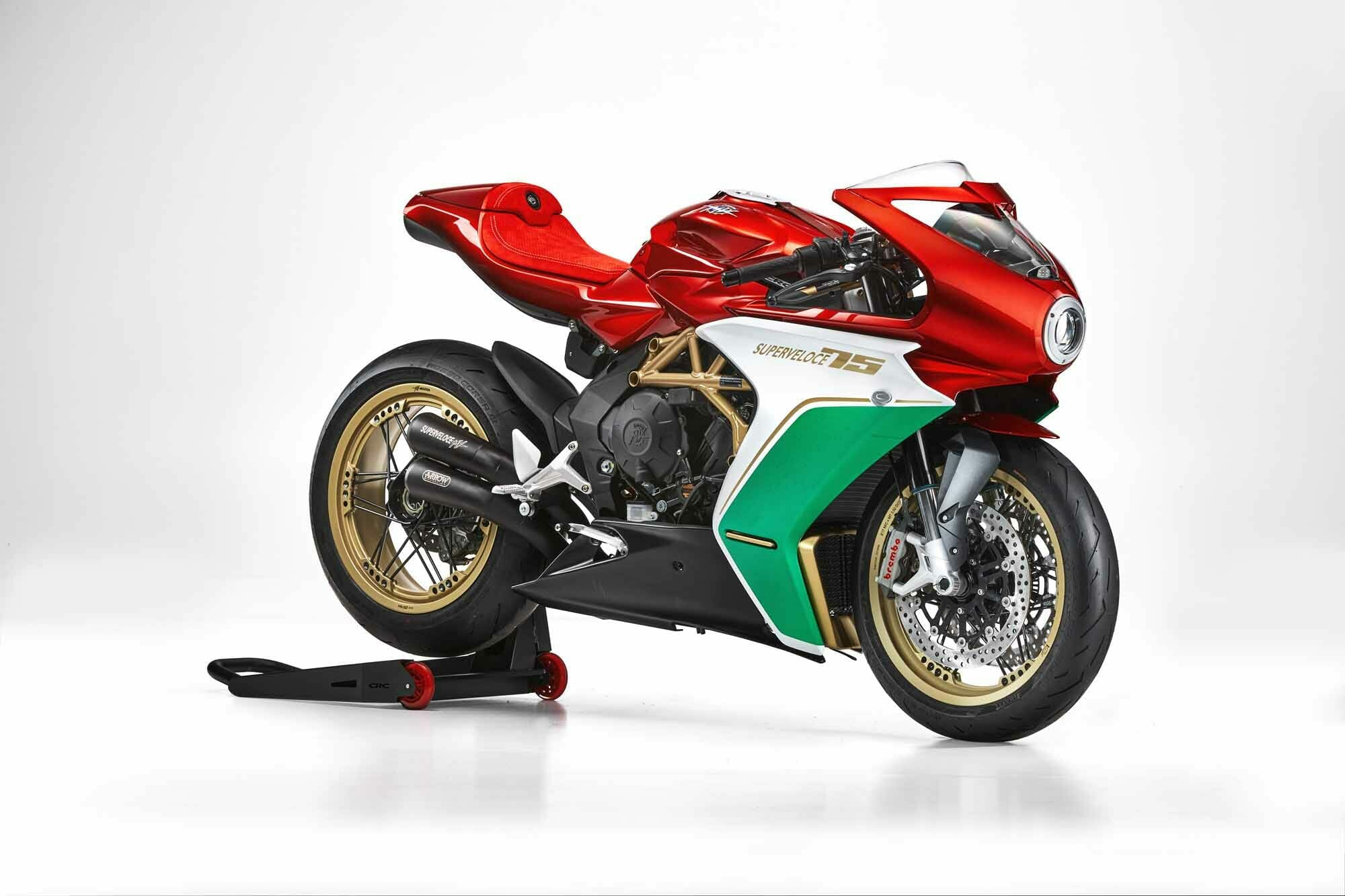