4 min read
Cinema Mode
MV Agusta has presented the 921 Concept, a concept for a naked sports bike.  Whether the motorcycle could go into production, or is only intended to show the direction in which MV Agusta wants to go, is currently still unclear.

MV Agusta has presented the 921 Concept, a concept for a naked sports bike.  Whether the motorcycle could go into production, or is only intended to show the direction in which MV Agusta wants to go, is currently still unclear.

Even if the EICMA is currently on everyone’s lips, there are also presentations of new motorcycles away from the probably best-known motorcycle show.  MV Agusta hosted its own premiere event until November 13, where they presented the Superveloce 1000 Series Oro and also the 921S concept.

With the motorcycle concept they want to pay tribute to the glorious racing history of MV Agusta, even if they did not intend to build a modern racing replica.  Inspiration for the concept was provided by the 1973 MV Agusta 750S.

In the concept, a completely revised four-cylinder in-line engine provides propulsion, which has 921cc.  Revised were the camshaft profile, the balancer shaft to reduce vibration, the intake ducts and liquid cooling.  The bore is 73 mm and the stroke is 55 mm.  The cylinder head has radially arranged valves, allowing for larger intake ports, which have also been designed with different lengths.  The engine is also said to meet the Euro5 standard.

Air intakes have been integrated on the side of the tank to direct air to the throttle bodies.

The engine has been transplanted into a new trellis frame. Two aluminum plates serve as rear engine mounts, swingarm mounts and base for the rear frame.

At the front, an electronically adjustable upside-down fork from Öhlins damps.  The damper at the rear is adjustable in preload and rebound.  The top speed is said to be just under 220 km/h.

The front brakes feature a cover familiar from racing.  This is to direct air to the calipers to cool them better, making performance more consistent.

The speedometer display is a touchscreen.  So settings can be made directly on the 4.5-inch display without having to use switches on the handlebars.  Speaking of the handlebars, they were supposedly inspired by cycling.

The concept is a single-seat configuration, but it can be quickly converted to carry a pillion passenger.  The seat cushions are covered with Alcantara and the seat height is 830 mm.

The lighting uses LED technology, and daytime running lights have also been integrated at the front as a tribute to times gone by.

The 17-inch wheels are made of aluminum and have carbon fiber covers.

As for the assistance systems, there is talk of cruise control, GPS, launch control, traction control and four driving modes.

Whether the 921S concept is a preview of a future production model, or just the direction MV Agusta generally wants to go in, is currently unclear.  MV Agusta has at least not yet announced its intention to launch the motorcycle in series production. 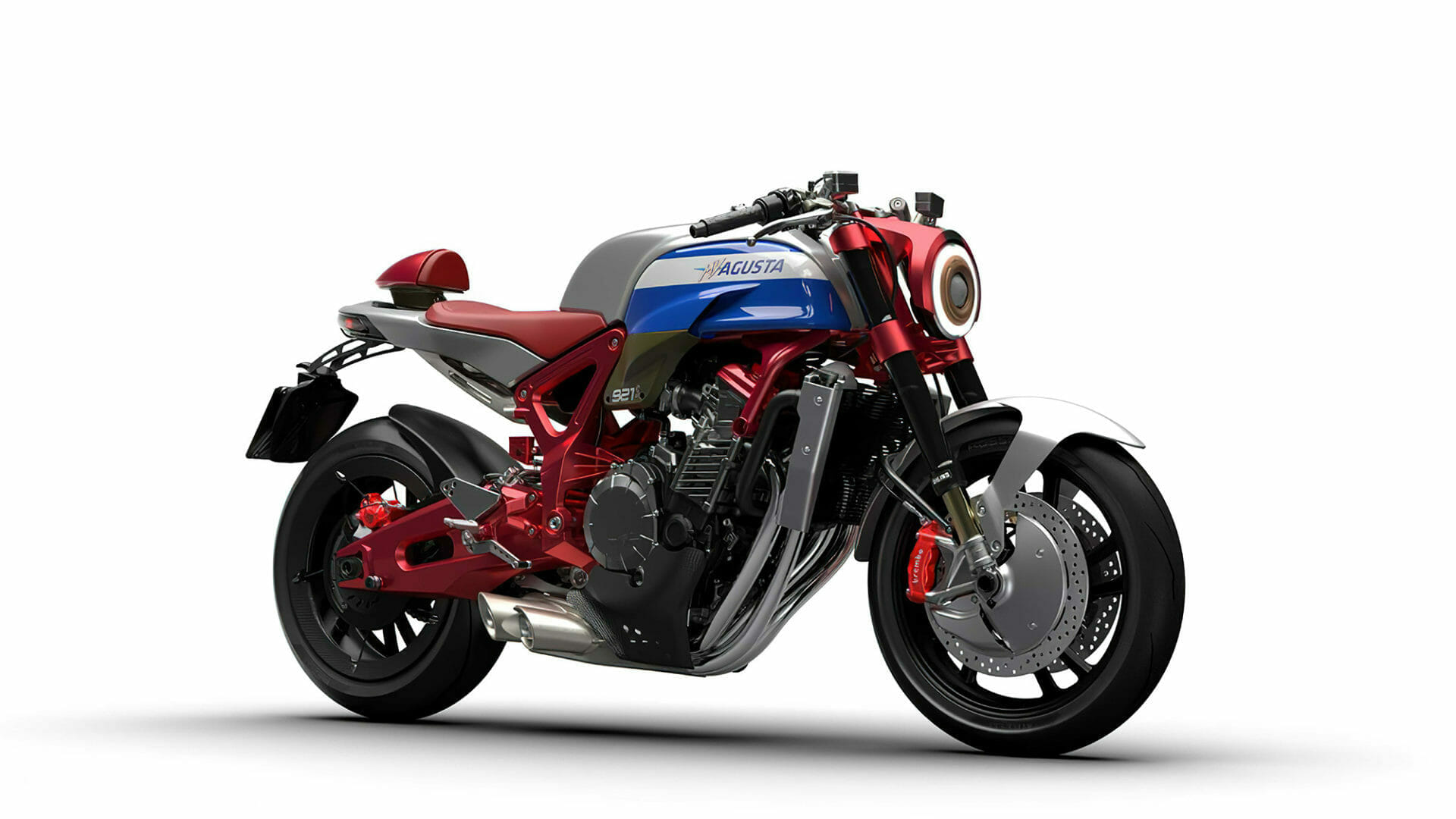