After the Chinese manufacturer Moxiao has already copied the Ducati Panigale with the 500RR (at least visually), they are now stealing the design of the Ducati V4 models.

At a cursory glance, you might actually confuse the bikes with the originals, but look directly at one of the two fake models for just a second and you’ll immediately realize that these can’t be originals.

The look seems somehow trivialized, as if a version of the Panigale V4 or Streetfighter V4 for toddlers were being recreated. In general, also in terms of color, the two bikes look like toys and not like motorcycles you could really ride.

With the performance one has not copied

But you can really ride them, even if the performance can’t keep up with the originals, of course. Propulsion is provided by a 471cc parallel twin from Loncin. This is a reverse-engineered version of Honda’s parallel twin, which is also used in the CB500X and CBR500R. 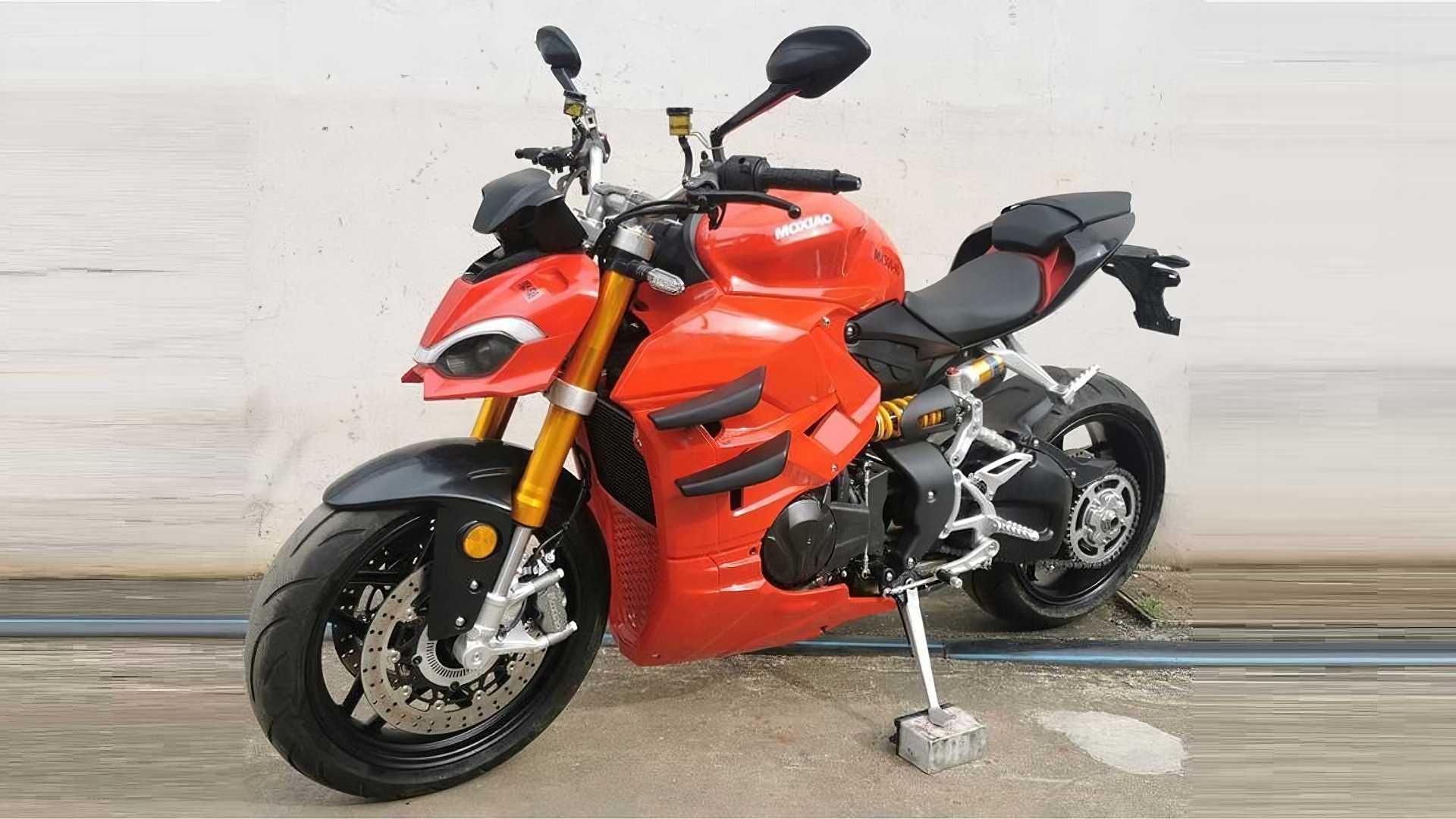