4 min read
As Repsol Honda now announced, MotoGP rider Marc Marquez will have to undergo a fourth operation on his right humerus.

As Repsol Honda now announced, MotoGP rider Marc Marquez will have to undergo a fourth operation on his right humerus.

Marquez is still struggling with significant limitations that prevent him from reaching his full potential.  His last operation was 18 months ago, but since he has not noticed any improvement in recent months, he has decided with his doctors to take this step.  Already on May 31 Marquez will fly to the United States to be operated by Dr. Joaquin Sanchez Sotelo.

Originally, Marc Marquez suffered a fracture of the upper arm in a crash on the first race weekend of the 2020 season in Jerez.  During the healing there were various complications, the implanted metal plate bent, which is why it had to be replaced and later a bone graft was necessary due to inflammation in the fracture.

Marc Marquez: “Unfortunately, I have to take a break from the 2022 season that will keep me away from competition for a while. After all these months of intense work with my new medical team in Madrid, my physical condition has improved and I have reduced the discomfort in my right arm to be able to compete at the Grands Prix, but I still have significant limitations in my humerus that does not allow me to ride the bike properly and achieve the goals I have always set for myself.

It is for this reason, that together with my medical team, Dr. Samuel Antuña and Dr. Angel Cotorro, and after consulting with specialists from the Mayo Clinic, that I have made the decision to carry out a new operation with the aim of improving my position on the bike that will allow me to ride without the current limitations. Personally, I have the maximum motivation and enthusiasm to continue working and to make the effort to return to compete at the highest level.

I want to thank all the support that my family has always shown me, those trusted people around me, the Repsol Honda Team, my entire medical team and especially all the fans who are always there with me in the good and bad times.”

Dr. Sanchez Sotelo: “Given the lack of sufficient clinical improvement with the rehabilitation treatment, and advised by his medical team, Marc Marquez will undergo a new surgical intervention at the Mayo Clinic in the US, to improve the discomfort in his right arm derived from the loss of mobility in the arm.

The surgery will consist of the extraction of the osteosynthesis material from his shoulder associated with a humeral osteotomy to increase the external rotation movement of the arm and maintain shoulder stability.” 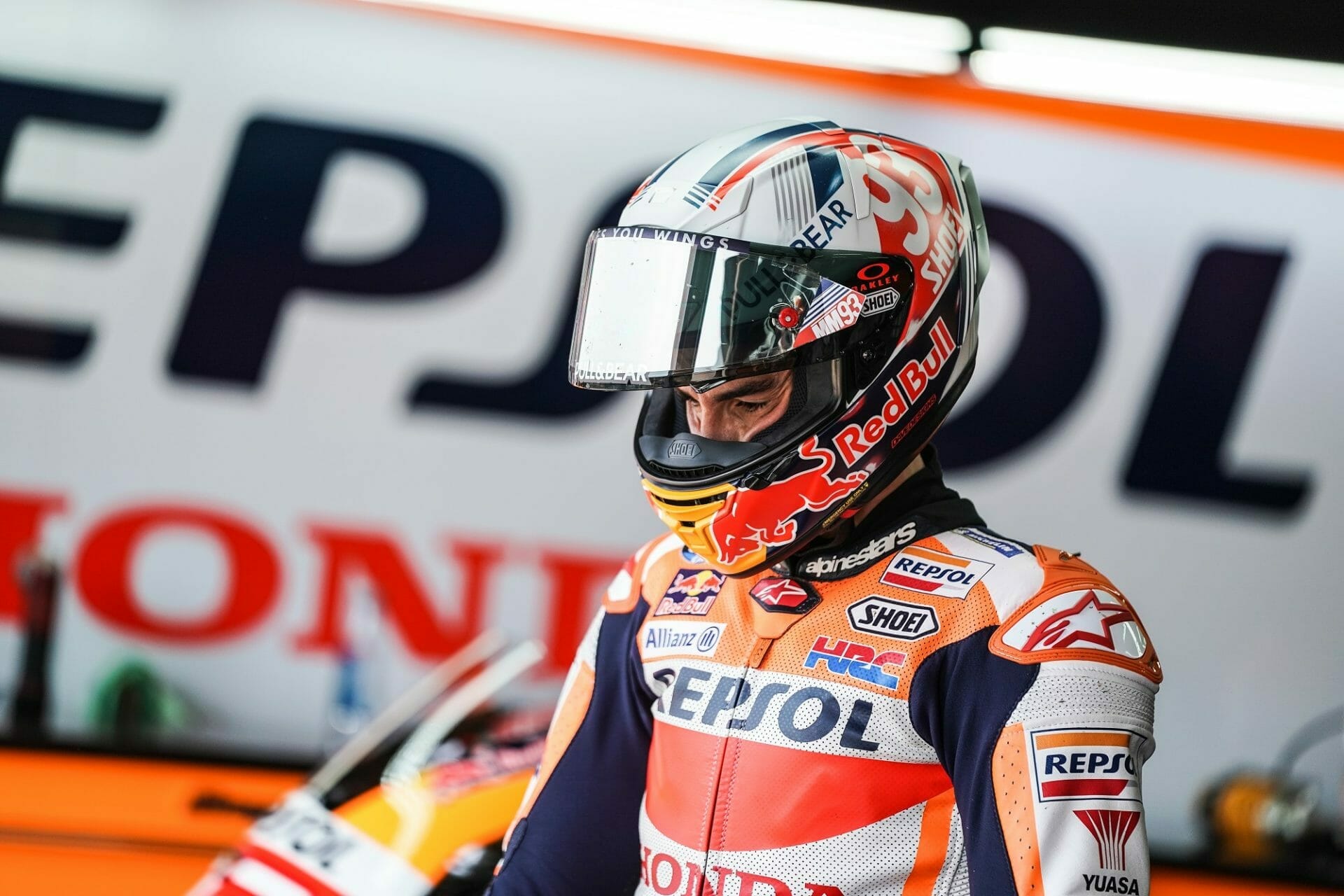