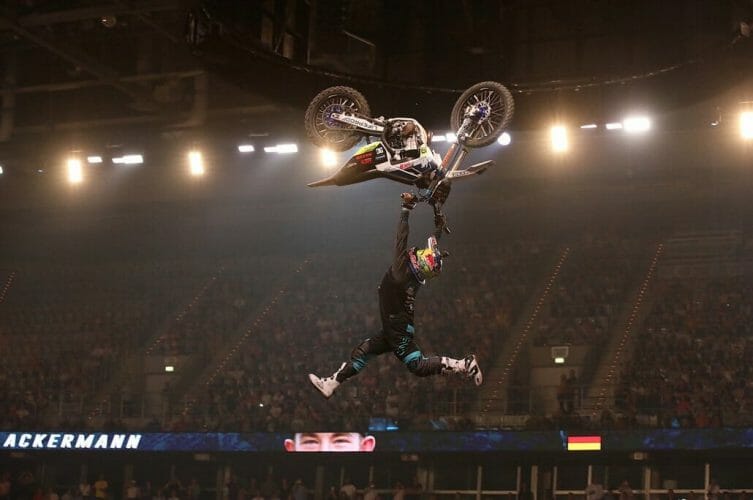 Last Saturday, the Night of the Jumps took place in Mannheim. Ten athletes from five nations competed in the SAP Arena.

20-year-old Luc Ackermann led the previous ranking of the FIM Europe European Championship, followed by Remi Bizouard (FRA) and reigning World Champion Maikel Melero (SPA).
Remi was able to survive the qualifying round despite a battered hand, but only in sixth place. Maikel Melero, who made the qualifying round in second place, did better. First place – Luc Ackermann with 32 points ahead.

Finally, Luc also won the finals with a total score of 418 points. He won in front of Melero and Remi Bizouard and thus took the first big title. 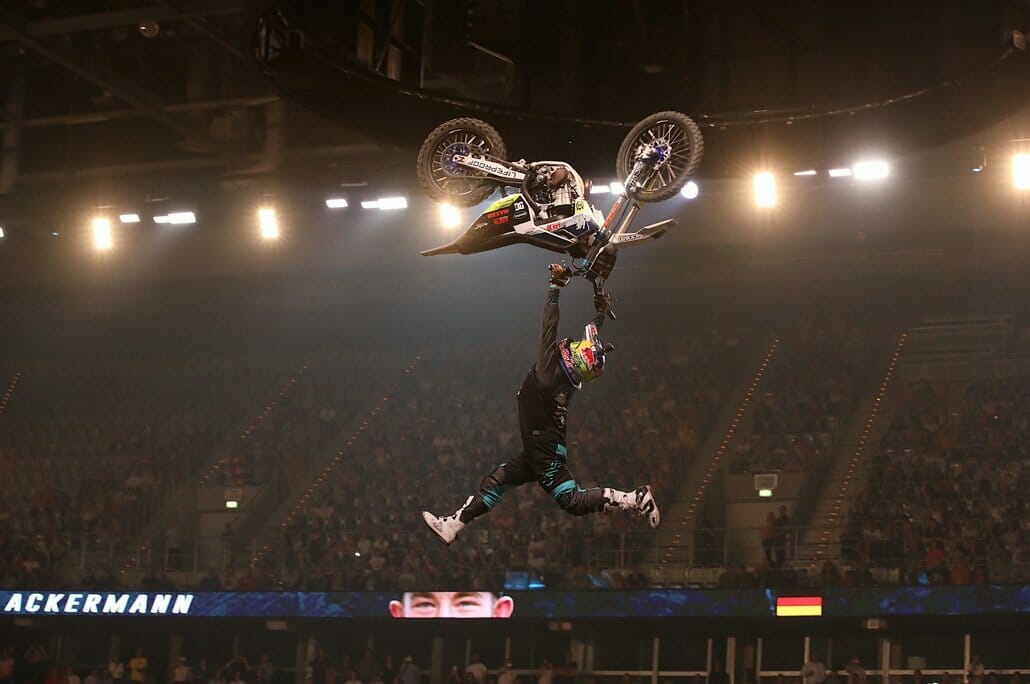