The way of becoming the youngest FMX World Champion

Luc Ackermann is the wonderboy of the worldwide freestyle motocross scene – the German Evel Knievel, who at the age of 21 already holds six world records. His motto: “Go Big Or Go Home”. This is exactly the title of a unique documentary about the German FMX terminator on his way to the world title. This documentary accompanies him in his World Cup year and shows successes and setbacks in his young career. He was the youngest motorcycle backflipper, the youngest to jump a double backflip and the youngest FMX world champion of all time.

In 2018, Luc Ackermann already had the chance for the title. But two blatant falls cost him the title. He became runner-up world champion, but he wasn’t satisfied with that. 2019 should be his year. Right at the start two victories at the NIGHT of the JUMPs in Berlin. Then he triumphed at the X-Knights in Costa Rica and the Red Bull Dirt Diggers. A world record with Josh Sheehan and Jacko Strong in Wales when they jumped the first 3-person double backflip train for the Nitro World Games. He jumps from victory to victory, from record to record. But then he breaks his fibula in the summer – is that the end of his dream of the World Cup?

The documentary shows Luc’s beginnings in the world of freestyle motocross up to the greatest triumph of his career. With many icons of FMX sports such as Travis Pastrana, Josh Sheehan, Jacko Strong, David Rinaldo, Libor Podmol and also MX star Ken Roczen.

“Luc Ackermann – Go Big Or Go Home” will be available on December 16, 2020 in Germany, Austria and Switzerland on iTunes, Amazon, Google Play, Maxdome, Videoload and Vodafone as Video on Demand to buy and a week later for rental. 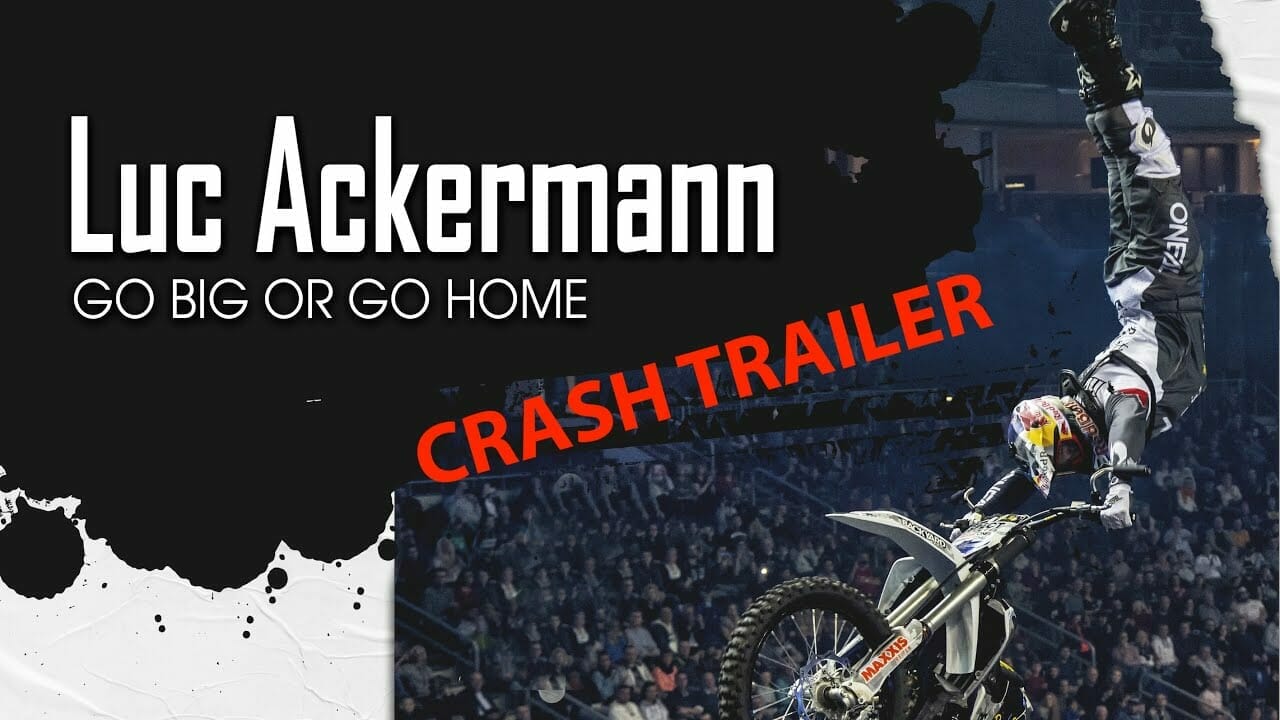