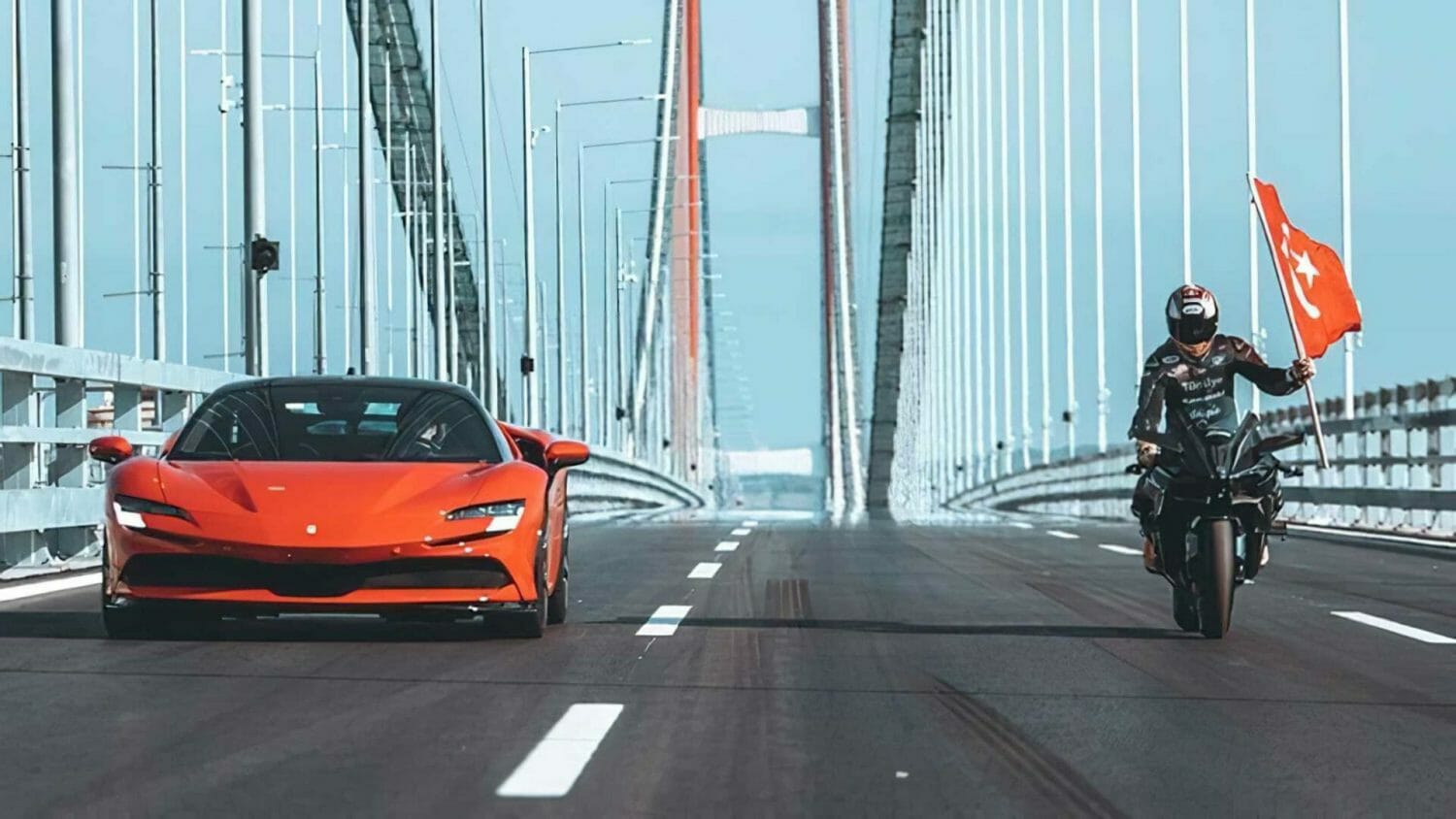 Kenan Sofuoglu and Toprak Razgatlioglu raced against each other on the Canakkale 1915 Bridge, the longest suspension bridge in the world.

The race took place back on March 18, 2022, and was captured on video. You can see how the race turned out in the video.

The Canakkale 1915 Bridge has a length of 5,169 meters and a span of 2,023 meters. It spans a waterway between the Sea of Marmara and the Aegean Sea.