Rumors of an upcoming Kawasaki ZX-4R have been around for some time. If it turns out to be based on the concept of the ZX-25R, then we could be in for a really ingenious little spitfire.

The Kawasaki ZX-25R was only released in the Asian market and New Zealand due to various emissions regulations. At its heart is the 249cc in-line four-cylinder that produces 50 hp at 15,500 rpm. With Ram-Air even one horsepower more. For this, the red zone of the tachometer only starts at 17,500 rpm.

A similar concept Kawasaki is to offer also with the coming ZX-4R, if one may believe the rumors. Around 80 hp would be well within the realm of possibility. The legendary ZXR-400 from the 90s delivered 65 hp and could be rushed extremely sporty over the country roads thanks to the development for racing. Modern technology, a modern chassis suitable for racing and a full increase in power, with presumably even less weight, could go a whole step further here.

The Japanese motorcycle magazine Young Machine is said to have already seen pictures of the ZX-4R during test rides. Some time ago they reported that the upcoming 4 Series should be visually oriented to the current 10 Series. The prototype pictures are said to have confirmed that.

Young Machine has created a rendering of the machine and already many times they were amazingly close to the finished product with their “prophecies”. Allegedly, an unveiling won’t be that long in coming. 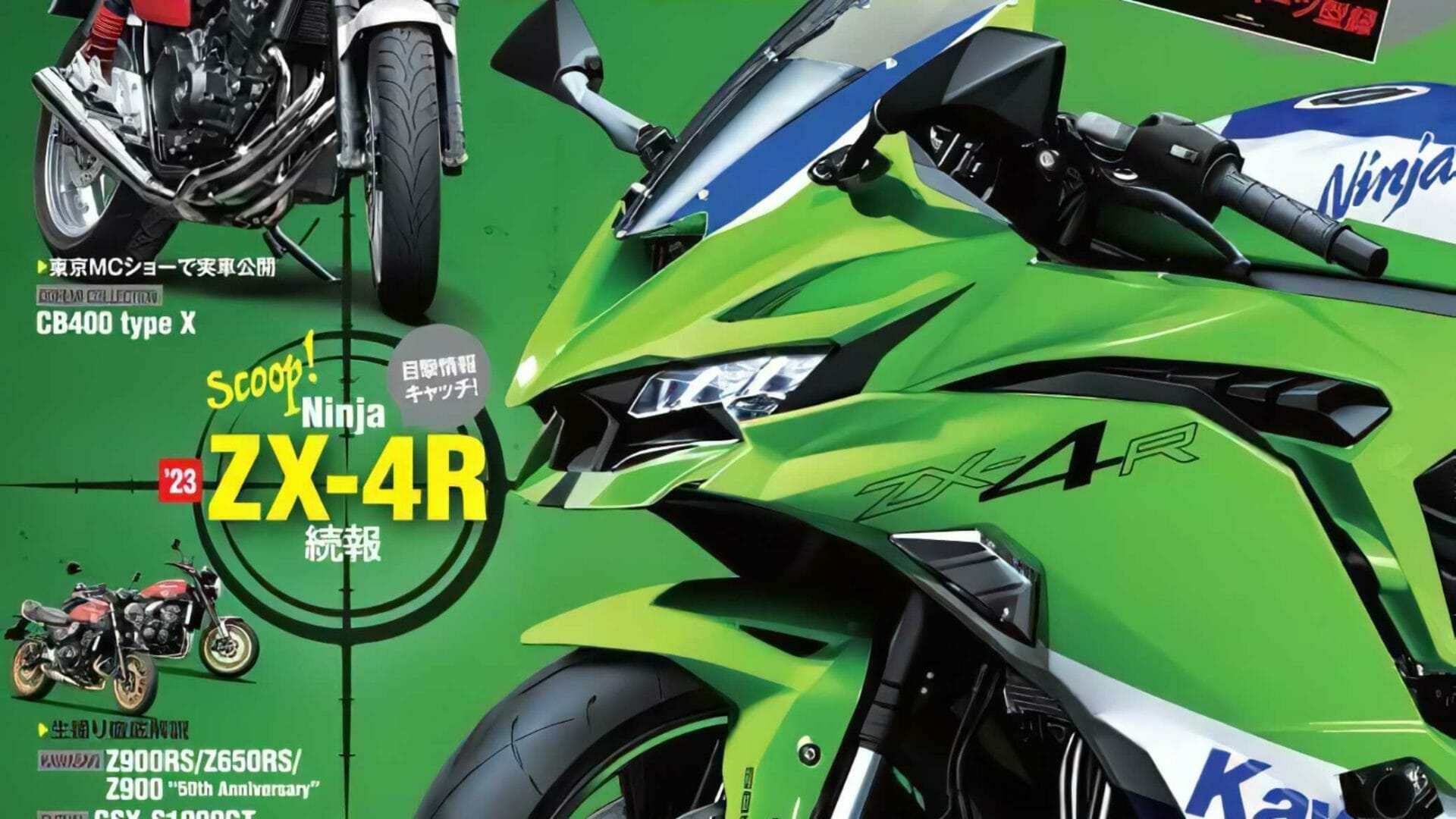