Kawasaki announces a new model with a compressor in its newsletter and in a teaser.

[sam id=”2″ codes=”true”]There have been speculations for some time. In an older rumor is spoken of a machine with 600 cc engine which is supposed to have the power of a 1000cc by the compressor. Recently, new rumors have surfaced in which it is said that the H2 will come as a kind of road touring machine. The Kawasaki Ninja H2 GT. This is also supported by this statement:

“Be prepared for Sporttouring to speed up the next exciting phase impressively and efficiently.”

The new compressor model will be presented at the EICMA on 7th November. So far the compressor has been used almost exclusively to increase the performance. In the new model it is used to achieve a higher pulling force in the lower and medium speed range, so much is already betrayed. 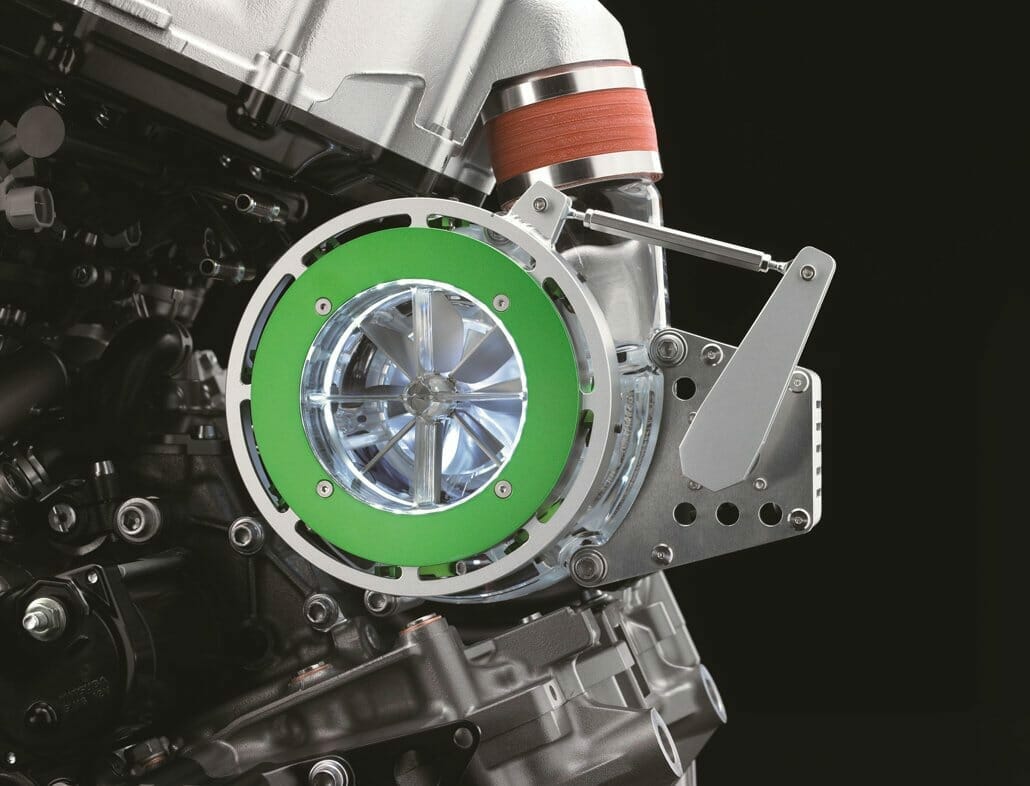