John McGuinness 2018 at Norton on the Isle of Man TT?

John McGuinness 23-time TT winner and Honda have been firmly rooted for a very long time. Last year he crashed North West 200 with the new Fireblade. He suffered four broken vertebrae, three broken ribs, and a fracture of the right lower leg.

As has now been announced, a mistake in the ECU caused the crash.

At Motorcycle Live in Birmingham, a motorcycle show, McGuinness was reportedly conspicuously long at the Norton stand. It also created the image of him on the Norton racing bike for the Isle of Man TT.

The photo was shot and posted by Paul Phillips. Paul is TT & Motorsport Development Manager and responsible for organizing the TT. This fact, and John’s index finger on his lips with which he expresses a “pssst, not betrayed”, are now fueling the rumors.

Whether John is thinking about a change, or whether the two have just allowed themselves a joke is not clear. is an open question also whether McGuinness 2018 at all can compete at the TT. As already reported after his accident 5cm missing bone material in the leg to regrow, which takes some time. As a result, he misses the entire preparation time for the TT, which probably would not be really competitive there.

Does McGuinness ever come back?

According to his statements is also still open, if he can even drive again with the big heavy machines in a race like the TT. A severe limitation of the leg, even after the healing phase, could possibly only allow a start in the Lightweight class or in Classic races. Even a career end is not yet excluded 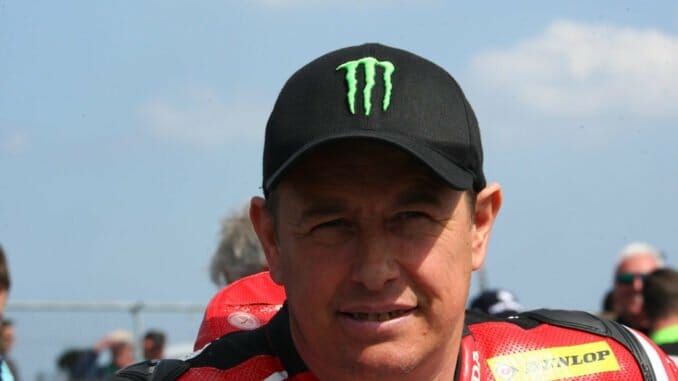 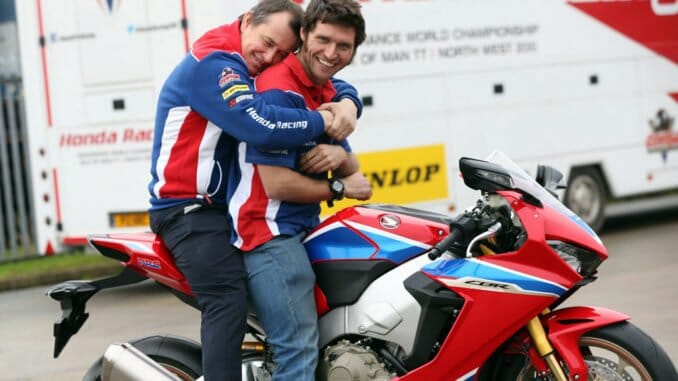 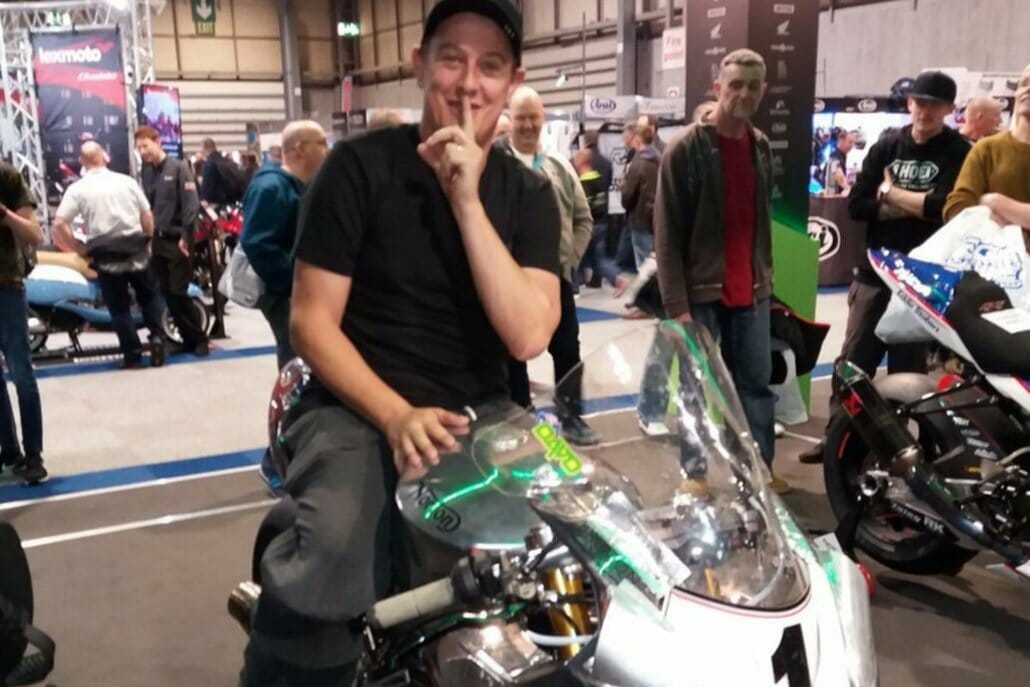