On Monday, 28.05.2018, the class Superbike, Superstock, Supersport and the newcomers (except Lightweight) were allowed on the track of the Isle of Man TT. Later, the sidecars drove.

The conditions were perfect for the second qualifying. This was also reflected in the lap time of Dean Harrison (Silicone Engineering Kawasaki), who scored a lap time of 131,376 mph, which was the fastest time ever in the Opening Night of Superbike qualifying.
Michael Dunlop (Tyco BMW) only slowed slightly in his third lap. He achieved a lap average of 131,087 mph.
The third driver to break the 130 mph mark was Peter Hickman (Smiths Racing BMW). He was fastest in the Superstocks.

Spectator on the track

Twenty minutes later, the start of Qulifying was delayed because a spectator was on the track. This was then removed, however, because he represented a danger to himself and the participants of the TT.

Ian Hutchinson, who is not yet fit again, was able to impress on crutches and still compete. Hutchinson crashed at the 2017 SeniorTT race and broke his leg. Unfortunately, after almost a year, he still has not recovered completely. However, that did not stop him from doing a lap time of 125.843 mph with his superbike, which meant an eighth place overall. Big props for that performance. 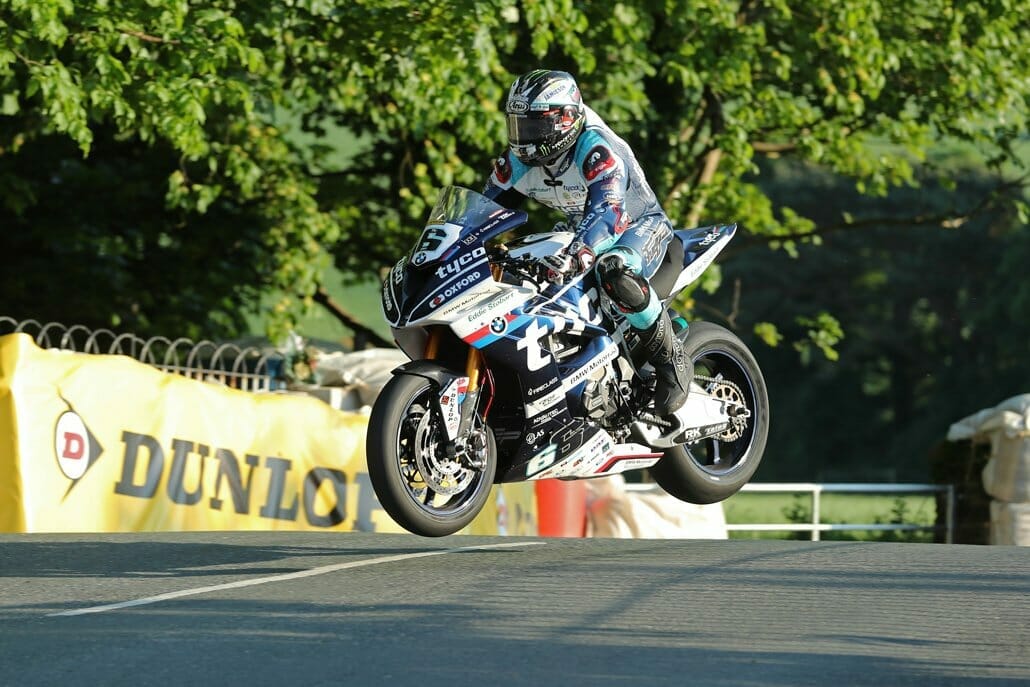