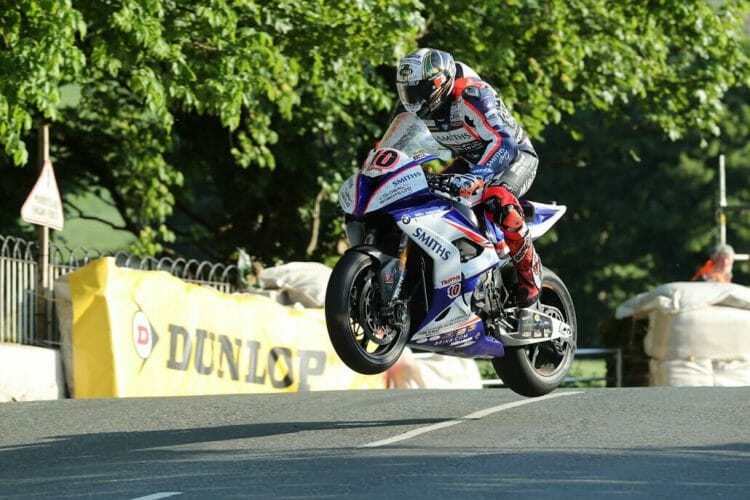 Dean Harrison clinches the lap record on the Isle of Man TT, but Michael Dunlop won the first race.

[sam id=”2″ codes=”true”]Silicone Engineering Kawasaki rider Dean Harrison started the race with a new lap record. He drove an incredible lap average of 134,432 mph from a standing start. Due to his insanity speed he got a total of an 18 second advantage, which did not help him, because he had to give up because of technical problems.

In the first lap, Harrison already had a margin of 3.7 seconds on Glen Helen ahead of Dunlop and more 1.9 seconds to Peter Hickman. Then followed by Hillier, Cummins and Gary Johnson. Harrison drove an incredible speed and continued to build his leadership. He was already 5.6 seconds ahead at Ballaugh.

Harrision set a new lap record in his first lap from a standing start. He clocked a lap of 134,432 mph and had a lead of 11.3 seconds to Dunlop after the first lap. Cummins had now reached third place because Hickman fell behind, then went to the pits and had to give up the race.

At Glen Helen, Harrison’s lead was 14.7 seconds of Dunlop, who was 10.7 seconds ahead of Cummins. Behind them, nothing had changed up to sixth place.
Very good lap times drove the top in the second lap before it went to the pits. Harrison drove 134,180 mph, Dunlop 133,513 mph and Cummins set a personal best time of 132,589 mph.

After the pit stops, Harrison still had a 16 second advantage over Dunlop, who had a lead of 24.3 seconds over Cummins. In the fourth round, the sheet turned at the top. Dunlop caught up and the ledge melted away. Harrison lost more and more time and at Glen Helen there was only 4.6 seconds ahead, before he finally had to finish his race at Sulby Crossroads. Dunlop took the lead and finished the fourth round with a cut of 133,240 mph and a lead over Cummins of 40.3 seconds. In third position Hillier drove with another 20.5 seconds behind.

With the falling of the checkered flag Michael Dunlop reached his 16th victory on the Isle of Man TT, second place Conor Cummins and three James Hillier. 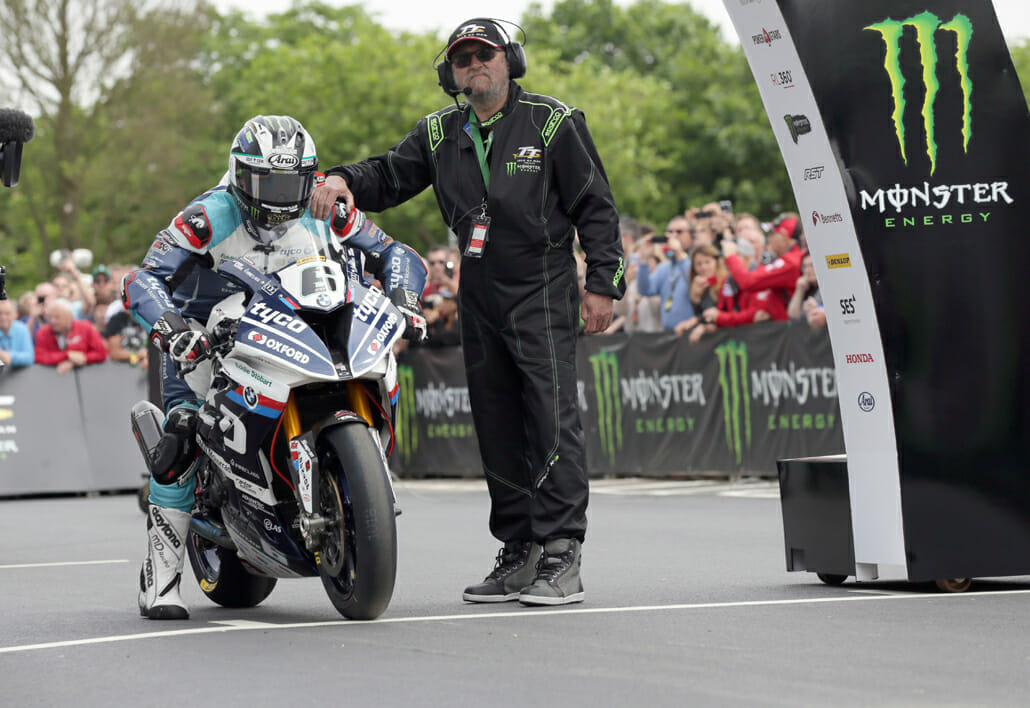 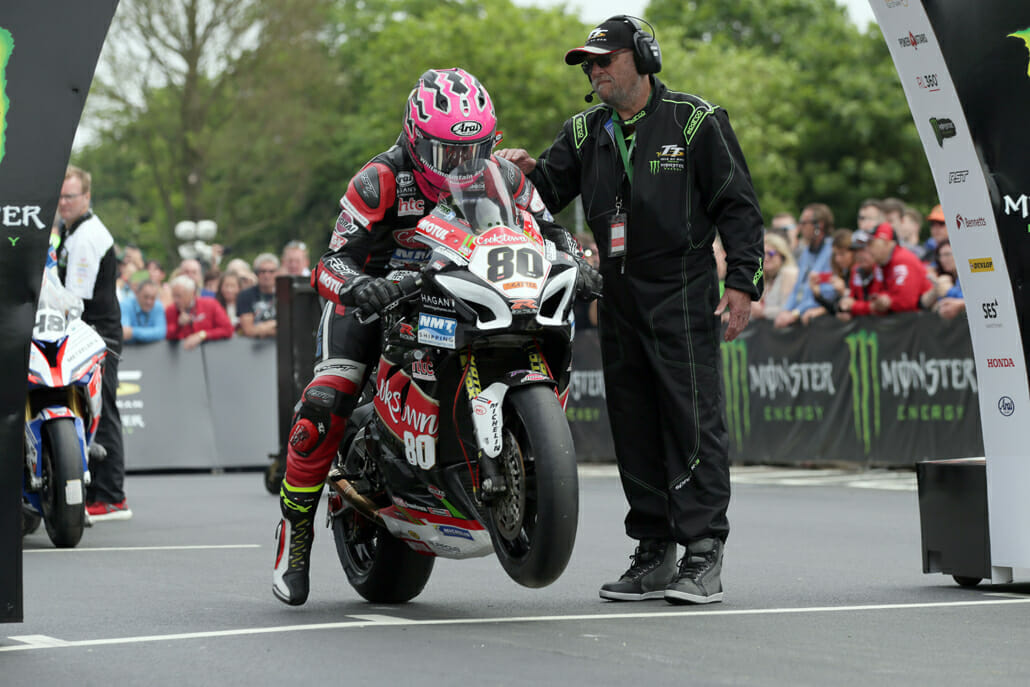 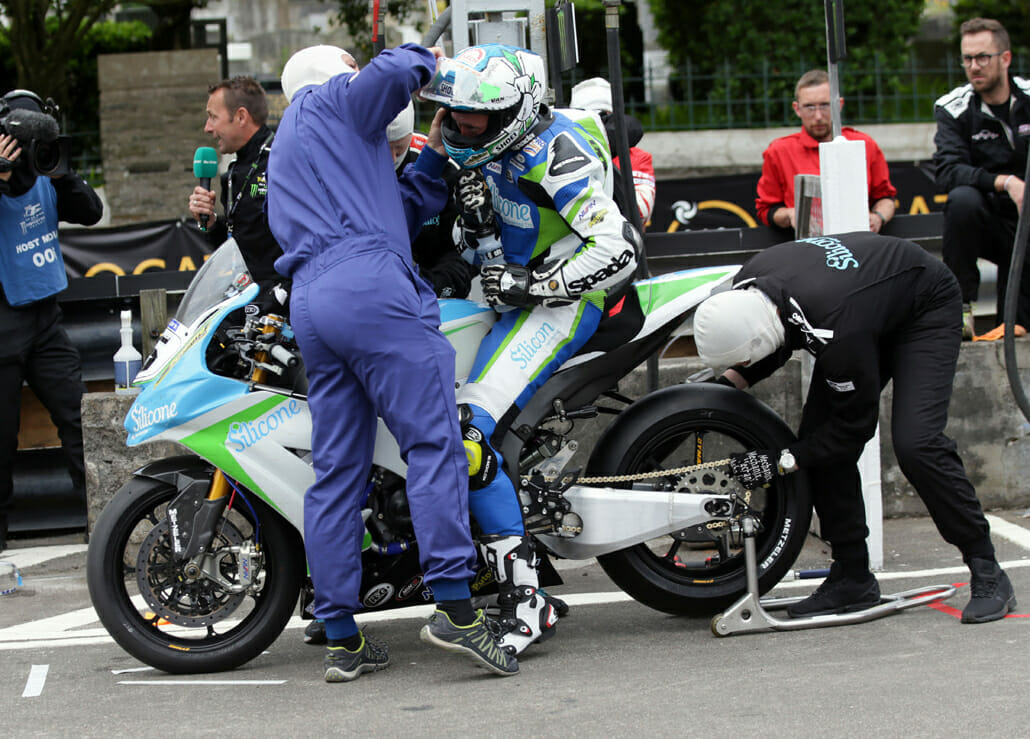 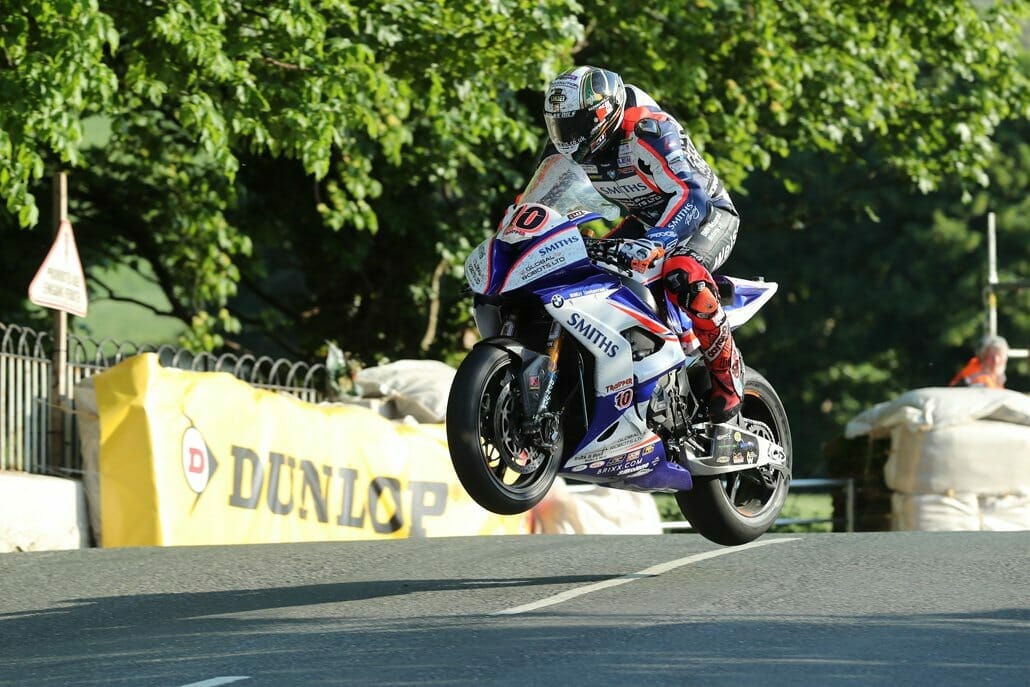