Dan Kneen was hired by Tyco BMW for the Isle of Man TT 2018.

[sam id=”2″ codes=”true”]The chances to winning the Isle of Man TT 2018 for the Manxman Dan Kneen have risen sharply becouse he was hired by Tyco BMW. He will compete in the Superbike, Superstock and Senior TT races with a BMW S1000RR.
Kneen convinced Tyco BMW with a strong 2017 season. Highlight was the third place in the Superstock TT race where he started for Penz13.com. He also improved his personal record on the island to 130,347 mph.
Dan Kneen and Tyco BMW were already working together, as Dan replaced the injured Ian Hutchinson at the 2017 Ulster Grand Prix. The result was more than satisfactory, as he finished third in the Superstock and fourth in both Superbike races, as well he drove the second fastest Time around the 7.4 mile course with an average speed of 134,541 mph.
For the first time he took part in the TT in 2009 and has already achieved 15 top-ten finishes. In June 2018 he will do his utmost to be at the top of the podium for the first time. Maybe he would become the fourth Manxman to win a solo race on his home island of the Isle of Man. 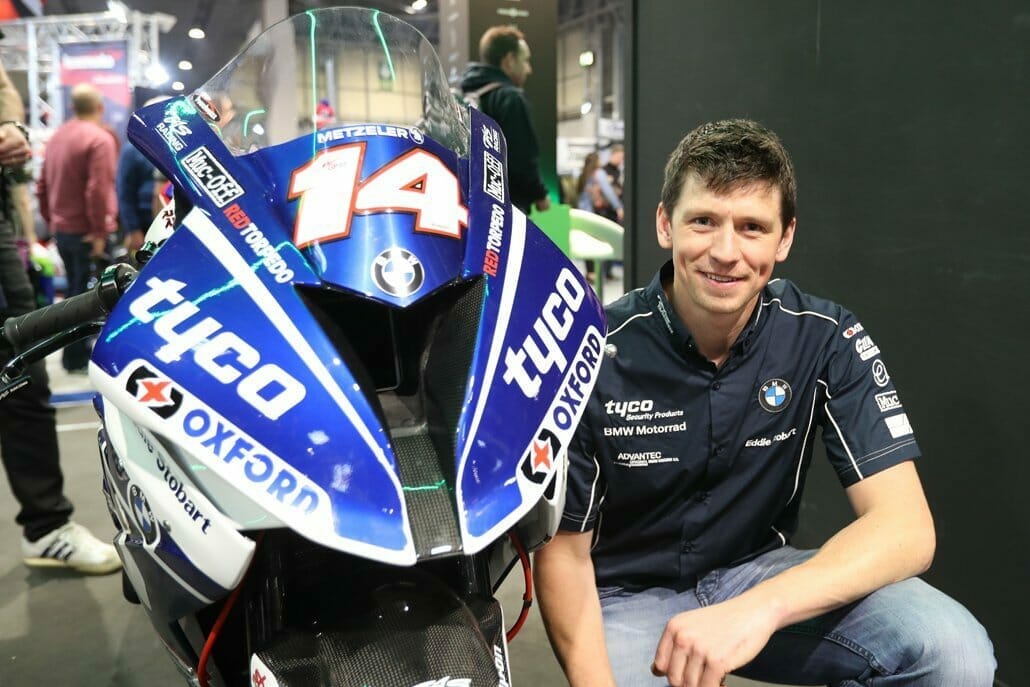