For the fifth consecutive year, the three companies have joined forces to create an exclusive special edition. This year’s theme was Jack Daniel’s Gentleman Jack, a special whiskey that pays homage to the brand’s original Gentleman Distillery.

“We are honored to continue our collaboration with Jack Daniel’s and Klock Werks and look forward to celebrating American craftsmanship and ingenuity once again through this collaboration of three iconic American brands,” said Reid Wilson, Vice President Indian Motorcycle. “The Jack Daniel’s Limited Edition Indian Roadmaster Dark Horse is our most exclusive touring motorcycle and, like the Gentleman Jack, represents the ultimate commitment to quality and craftsmanship while offering the widest range of features coupled with premium riding technology”.

In total only 107 units will be built, only 5 units are to be sold in Europe and all of which are intended for Germany.

For the two-tone Whiskey Pearl finish, the company was inspired by the double charcoal maturing process of Gentleman Jack Whiskey. The ceramic surfaces of the engine got an oak wood look. The floorboards were equipped with an engraving of Gentleman Jack, and there are also Jack Daniel`s brandings on the seat, tank and lowering. The numbered Montana Silversmith badge shows the limited edition of the model.

The new Indian seat, which can both heat and cool, is used on this model. The heating or cooling function is controlled by the Ride Command Infotainment System, which is now equipped with Apple CarPlay integration. In addition, you can also control audio sources connected via Bluetooth and USB or a navigation system.

A 600 watt audio system provides for a good sound.

Other features include heated handles, an adjustable Klock Werks windshield, as well as side cases and top case with central locking and remote control.

“The new limited edition Indian Roadmaster Dark Horse embodies the true spirit of Gentleman Jack – first-class design, attention to detail and a perfect finish,” said Greg Luehrs, Director of Sponsorship and Partnerships at Jack Daniel’s. “Every year we get incredible feedback on the limited editions, and this year the team has really outdone themselves.”

All those who can get hold of one of the rare pieces will also receive a custom Montana Siversmith belt buckle engraved with the motorcycle number of their own model. Exact information about the price has not yet been announced. 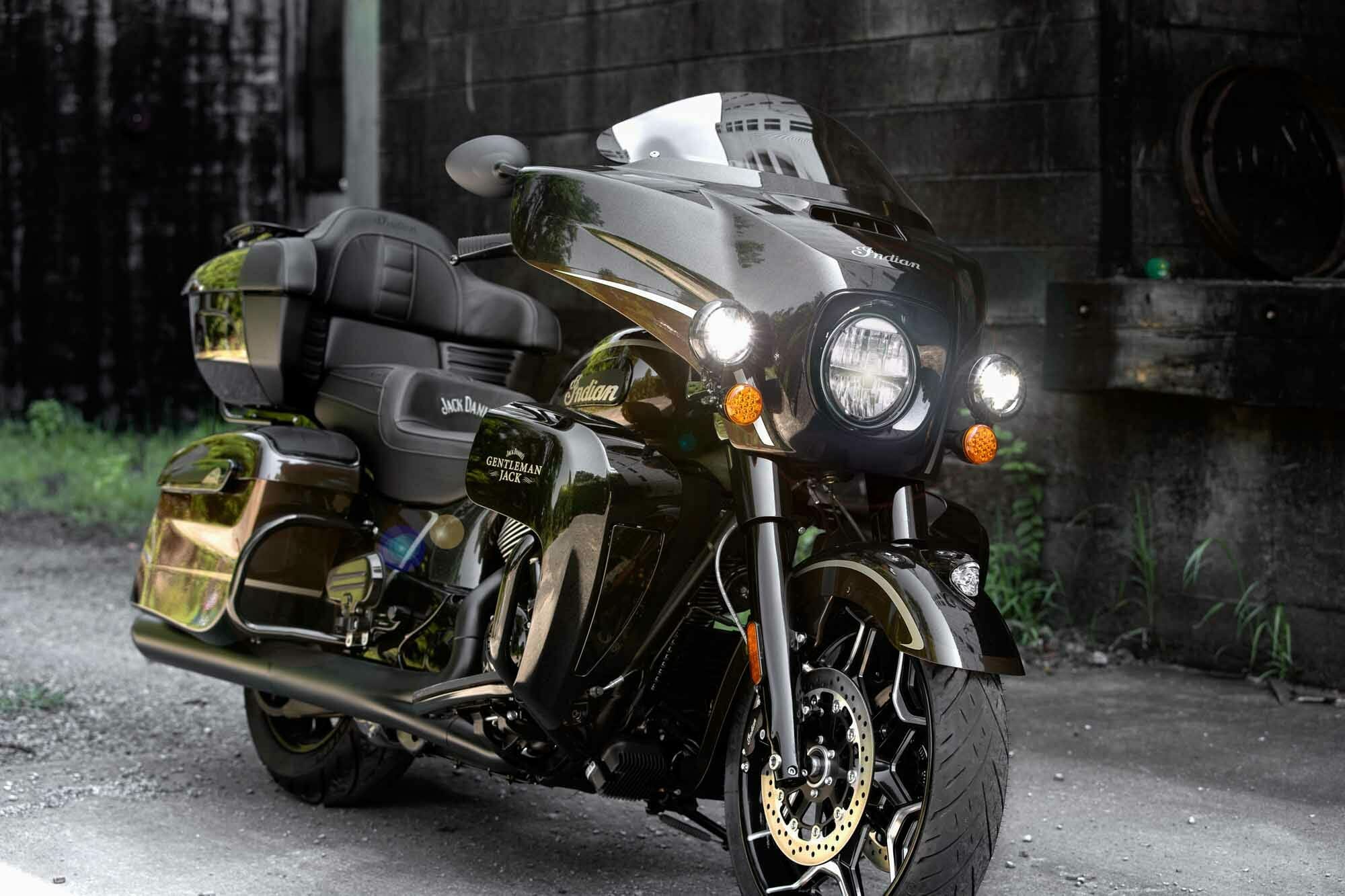