Ilmberger now has some carbon parts for the current BMW S 1000 R in their program. Pretty much everything that could be made from lightweight carbon fiber was mounted on a show bike, including winglets.

Everything made of carbon

Except for the tank, everything seems to be made of carbon or covered with it. There are even winglets on the sides, which are supposed to improve downforce. Especially when braking or accelerating, the bike should react more stable. 499.90 € is called for the wing set.

Two different variants are offered for the belly pan. A two-piece belly spoiler replaces the original parts. Alternatively, you can also install a one-piece copy, which extends from the radiator to the rear wheel and was modeled on a racing fairing. 889.90 € is the price for the large version. 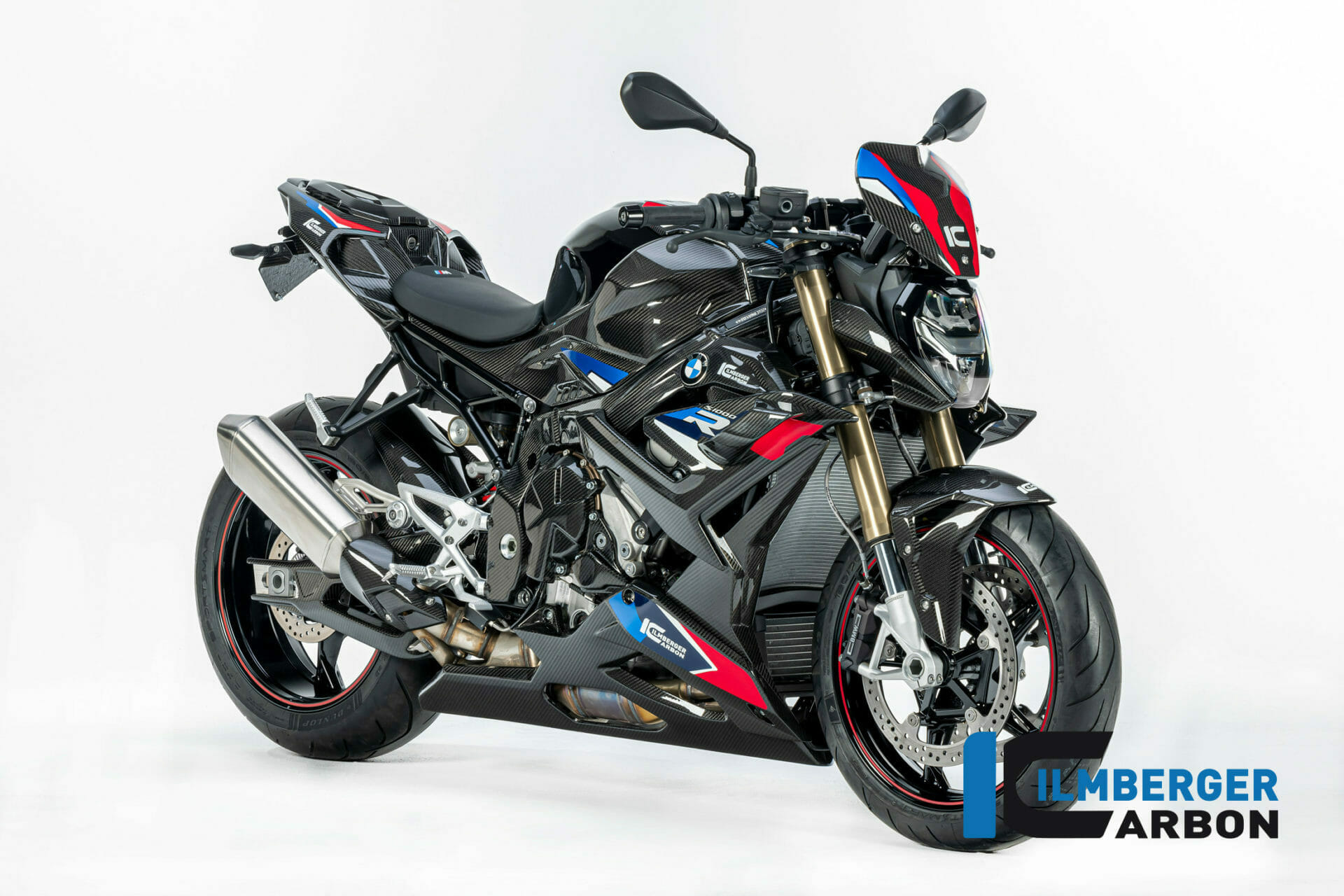