Honda has teased the Honda Hawk 11 on the Asian market. Whether the bike will also make it to the American or European market is still open. Now new images and new details have surfaced on the upcoming cafe racer.

The images come from a second video that Honda posted on their 2022 Motorcycle Show homepage. Of course, the images are always only briefly seen and kept quite dark, but you can still recognize quite a bit.

That the upcoming Hawk Eleven will be equipped with the 1084cc twin of the Africa Twin was already known, although not yet confirmed. However, it also gets the same steel frame construction as the Adventure bike.

Since the engine seems to have been taken over unchanged, it’s even possible that a version with a DCT transmission (dual clutch transmission) could also be offered. However, this is currently speculation, as there is nothing to be seen of it in the video yet.

The round mirrors are not handlebar end mirrors, as one might have assumed before. The mirrors protrude behind the front fairing and are mounted with curved brackets. Unusually for a production bike, they are positioned slightly below the handlebar stubs.

The mounted upside-down fork appears to be the same as the one the NT1100 got.

The Honda Hawk 11 is scheduled to be unveiled at the Osaka Motorcycle Show, starting March 19. 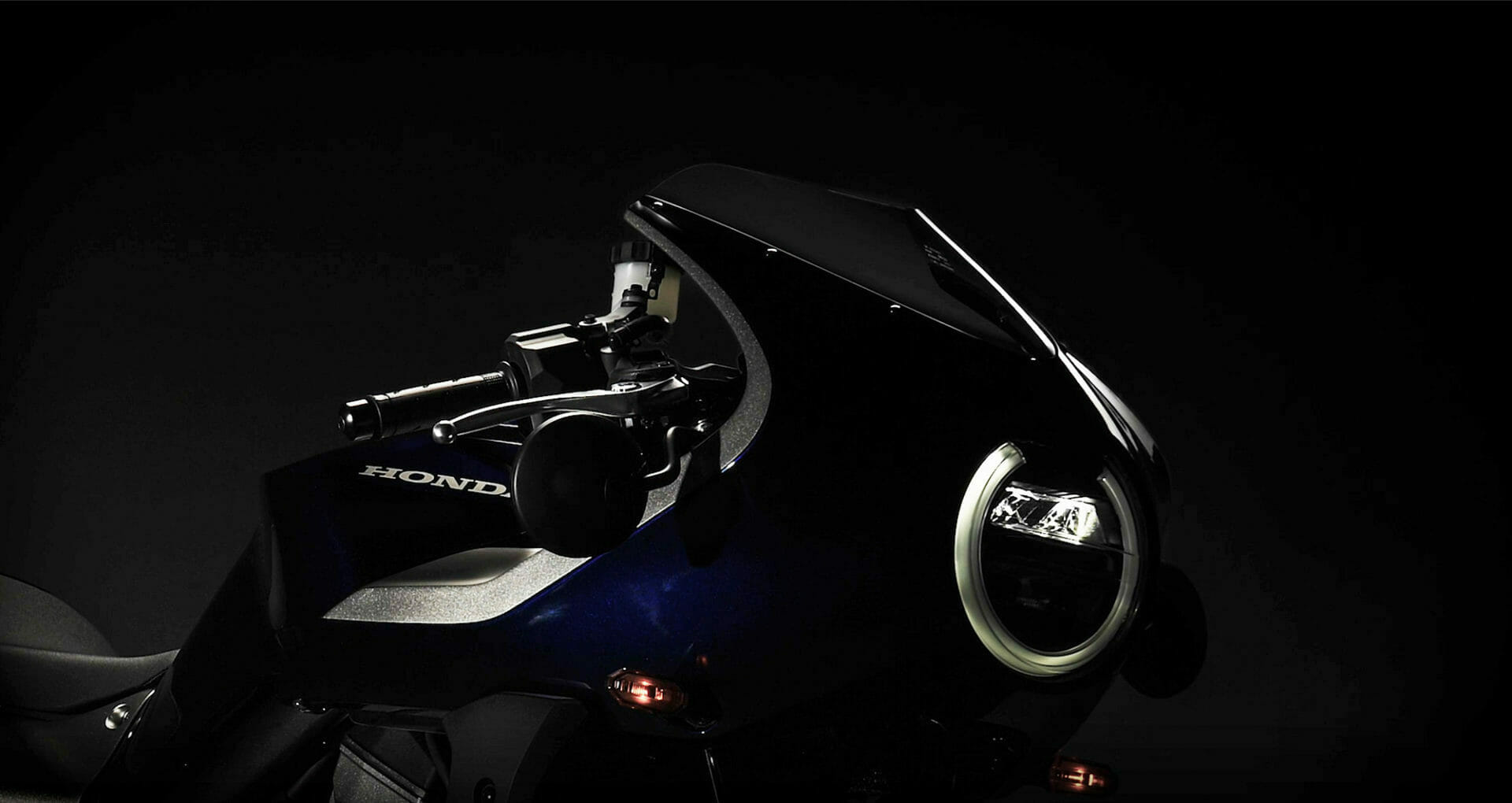