[sam id=”1″ codes=”true”]The new engine has a performance plus of 9% compared to its predecessor. The usable speed band was increased by 2,000 revolutions and the maximum speed increased by 900 revolutions. Above 8,500 tours is much more power than the predecessor.
The chassis was taken over by the CRF450R, as well as the 49 mm Showa upside down fork equipped with steel springs. This changes the whole geometry.
Also the titanium tank comes from the 450R and saves 513 grams. It holds 6.3 liters.
The power weight should have improved by 5%. In direct comparison, the new is to accelerate on the first 10 meters by 3% faster than the old. On the first 30 meters by 3.6%. 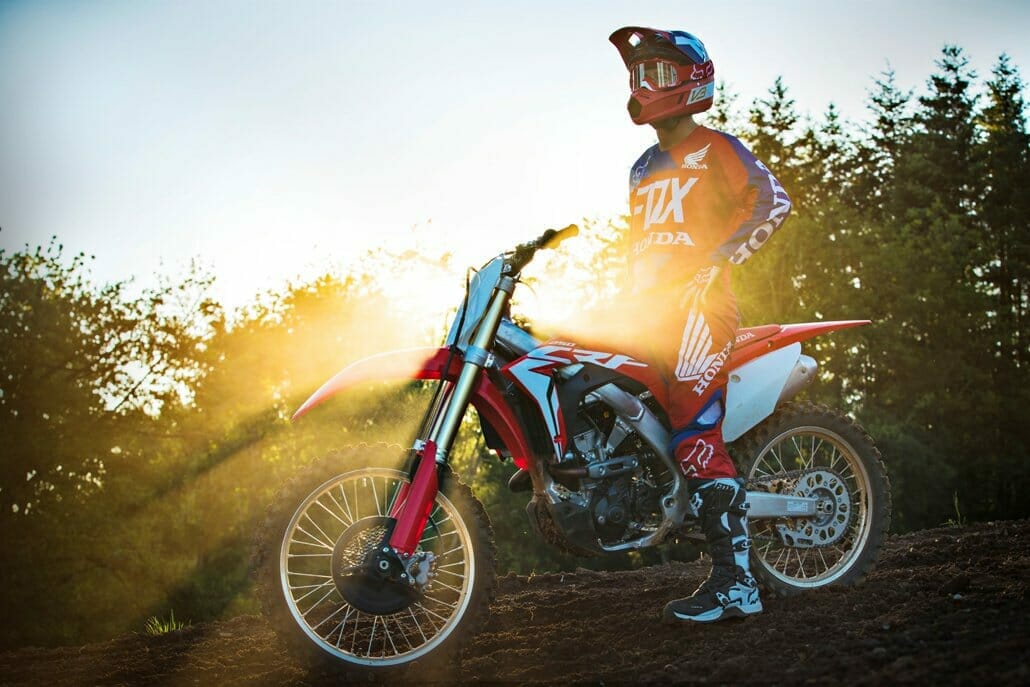