As expected, Honda has just presented the new Fireblade at the Eicma press conference. The reports in advance turned out to be true: It gets the name CBR1000RR-R, the Spy photos were real and it comes not just one version.

The new Fireblade is a completely new development. Optimized for the racetrack, it’s designed to deliver unprecedented levels of performance and control. The new in-line four-cylinder has the same values ​​for bore and stroke as the engine from the MotoGP, in addition, it also uses technologies from the premier class.

“This year we are witnessing the birth of a new Fireblade. And our intentions are clear: The terrain of the CBR1000RR-R is clearly the racetrack, because here it can best play its first-class performance. The engine has the same bore and stroke as the RC213V. We chose to maintain a four-cylinder in-line configuration and even firing intervals, as this layout allows us the most freedom in packaging and top-line control, as well as easy control. We firmly believe that all motorcyclists can experience a whole new level of performance with our new CBR1000RR-R. It’s a machine that’s really in its element on the racetrack. “

To achieve this performance, larger valve diameters became necessary. Therefore, the values ​​of the RC213V were used: 81 mm and 48.5 mm.

The engine has a “semi-cam” camshaft drive. To minimize friction, the cams have been DLC-coated (diamond-like carbon). This is the first time Honda has used a production motorcycle. It reduces the friction losses in the valve train by 35 percent.

The three standard driving modes provide the option to change engine performance and performance characteristics. The power parameter (P – Power) works here in five stages, with 5 representing the highest power level. There are three stages for the engine brake (EB). The same applies to the Wheelie Control (W), which one can also disable.

For the Wheelie Control the IMU collects information about the inclination angle of the CBR1000RR-R. In addition, there are speed sensors on the front and rear wheels to maintain torque and control the wheelie without compromising acceleration.

Traction control (HSTC – Honda Selectable Torque Control) can be set or deactivated in 9 steps. For the Launch Control, the engine speed can be selected in 1000 steps from 6,000 to 9,000 rpm.

The stoppage control and the ABS-controlled braking force are influenced by the current inclination of the motorcycle. There is one mode for the road wagon (Sport mode) and one for the racetrack

Since the new engine is smaller than before, the frame and the swingarm has been renewed. This results in a completely new geometry of the Fireblade. They also wanted to achieve even more precise handling at high speeds, improved stability when accelerating & braking and more feeling for the grip limit.

The new Fireblade gets a new electronic steering damper from Showa. The IMU now measures the vehicle states in six axes and replaces the previous 5-axis system.

At the front is a 43 mm Big Piston Fork (BPF) upside-down fork that is fully adjustable and has grown in length. This offers more freedom in terms of geometry wheels for the racetrack. The damping on the rear wheel takes over a Showa Balance Free Rear Cushion Light System (BFRC-Light), which of course is fully adjustable.

The CBR1000RR-R SP uses a 43 mm Öhlins NPX fork, which is part of Öhlins’ semi-active chassis. It is controlled by Öhlins Electronic Control (S-EC). The rear wheel uses an Öhlins TTX36 Smart-EC strut.

The standard version is braked with Nissin four-piston radial brake calipers that bite into 330 mm brake discs. Brembo Stylema four-piston calipers are installed on the SP.

The new fairing has been aerodynamically optimized. Especially the air resistance including the driver in the race position was considered. It offers reduced lift and improved braking stability.

The tank has been lowered by 45 mm which reduces the frontal area of ​​the driver lying on it (he can better “hide” behind the panel).

The lower fairing has been designed so that the air is directed downwards, which reduces air resistance to the tire in the dry and in the wet reduces the water on the tire. Thanks to the optimizations, the new Fireblade achieves a drag coefficient of 0.270.

High-speed downforce is provided by the winglets, which effectively produce the same downforce as the 2018 MotoGP bike. They prevent wheelie tilt when accelerating and provide more stability when braking and turning in bends.

Three wings each are mounted in the side fairing channels. As a result, they have no negative influence on the yaw and roll when turning.

The assistance systems can be adjusted via the full-color TFT display. Thanks to the smart key system, you do not need to put a key in the ignition, and the handlebar lock works without a key. 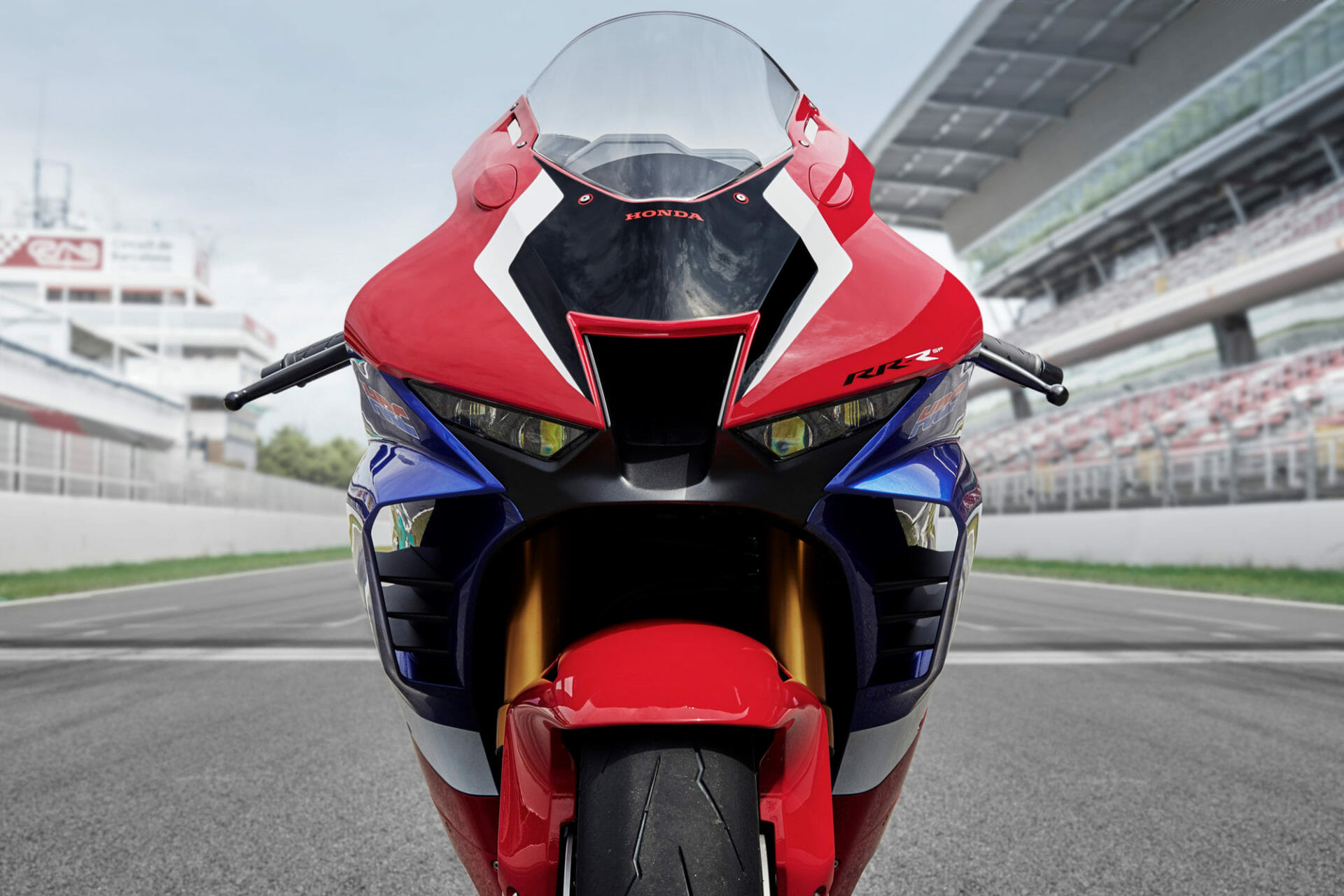 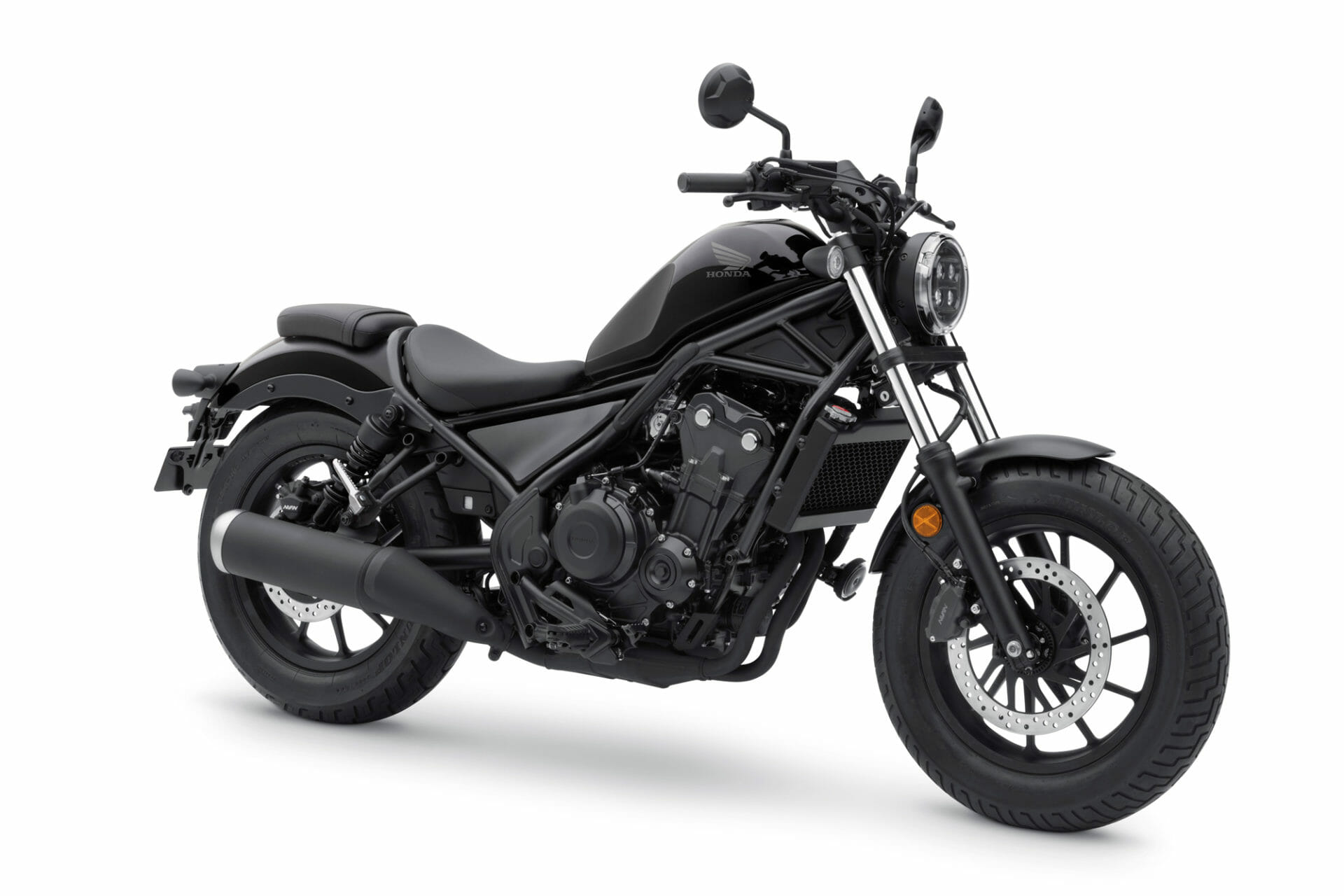