Harley-Davidson has released an approximately 25-minute video to coincide with the release of the Pan America, which is actually meant to show a behind-the-scenes look at the development of the new adventure bike. Along the way, the upcoming 1250 Custom is also shown.

Pan America was only the beginning

Towards the end of the video, Jochen Zeits, CEO of Harley, and Brad Richards, VP of Styling & Design, are seen around a campfire. They talk about their experiences on a trip with the Pan America and also that the new model is just the entry into a whole new dimension for Harley-Davidson. The Pan Am is to be only the beginning and the basis for a whole series of innovations.

The Custom has been further developed compared to the first pictures. It gets the same engine as the Pan America with the Revolution Max 1250. Now that we hear that the Pan Am will also be the base for it, that should be clear, but still this is new info. Also, the 1250 branding can now be seen on the future bike.

The far top mounted exhaust is fitted with a heat shield, the footpegs are now rubberized and a proper radiator can be seen replacing the showroom radiator. In the cockpit, you’ll find a circular digital display and an extreme amount of switches and buttons on the handlebars.  This suggests that the 1250 Custom Cruiser will be equipped with a wide range of technologies.

It is assumed that the Cruiser will replace the Sportster series. In Europe, the Sportsters have already been discontinued due to Euro5, but they are currently still being sold in America. 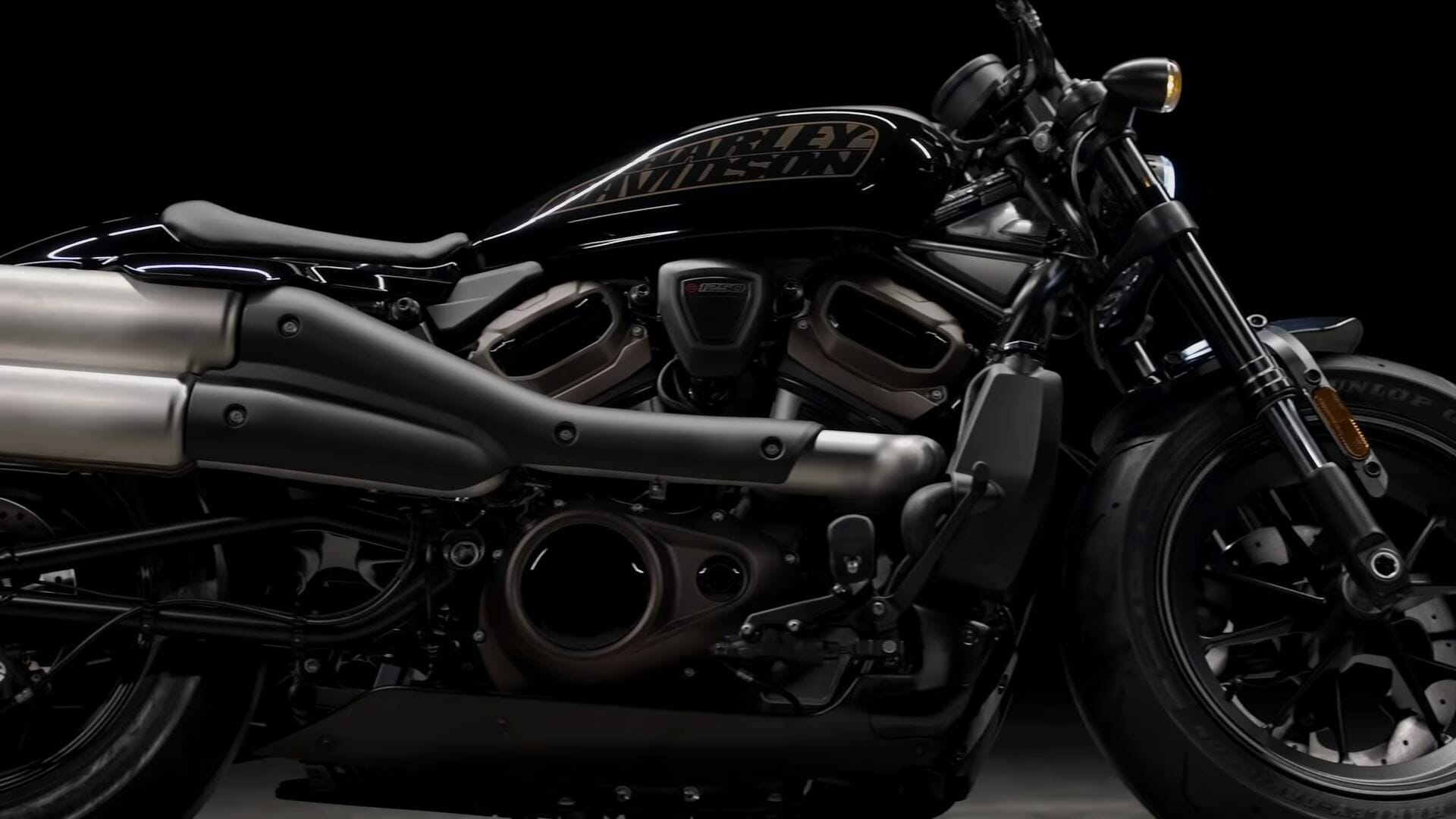