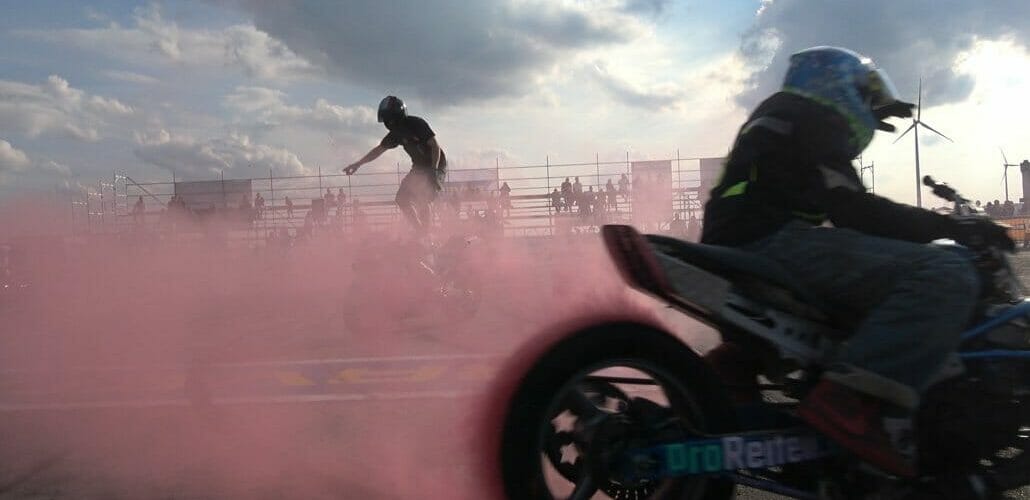 Last Saturday the friends of Wheelies, Stoppies and burnt rubber were guests in Zerbst. The German Stuntdays had called.

Stuntrider – All somehow sick, in the positive sense

[sam id=”2″ codes=”true”]From 11 am the program started on the former military airfield. Freestyle – this also applied to the supporting program, because there were some shifts. Did it disturb whom? No, sometimes you can not plan everything and somewhere that even had a certain charm.

I was at the event for the first time and could immediately feel the really unique atmosphere. An event of Stuntrider for Stuntrider – you noticed immediately. There was a single large family there. All somewhere sick – in a positive sense. 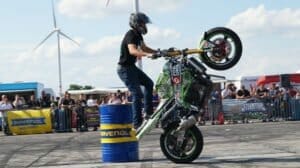 On the former military airfield one had more than enough space available. Behind the actual event grounds and in the transition to the tent camp was practiced the whole day. – And that can be taken literally. Some were really drifting, burnouts, wheeling, drifting on the event grounds all the day

FMX changed with BMX. Driftcars fired the tires and a jetbike simply drowned everything. One of the highlights was Best Show. Several individual stuntriders or crews showed their skills one by one. Amazing what you could see here. Hats off. You ca see it in the Video below. 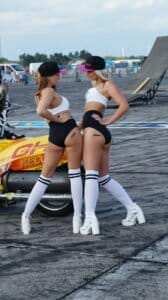 There were also various contests, adapted for stuntriders of course. At longest stopie it was about who rolled the furthest on the front wheel. Fastest Wheelie – you had to drive on the rear wheel to a tonne, round it and then back to the start. Who touched the ground with a body part or the front wheel was out.

The front wheel had to be kept in the air in another competition. Here was circulated and the size was always reduced. Until only one was left.

Last Man Standing – had similar rules. Here one had to drive with the legs over the handlebar. All was permitted. You could even turn your opponents around. But that can also go backwards. Who was overthrown was out, the motorcycle remained however as an obstacle so.

Last Man Standing, which was the last official show and then allowed to party hard. All escalated correctly and some tires burst. Just stupid when the threads then all involve blocking the tire. Had to be cut out again, but it was worth it. 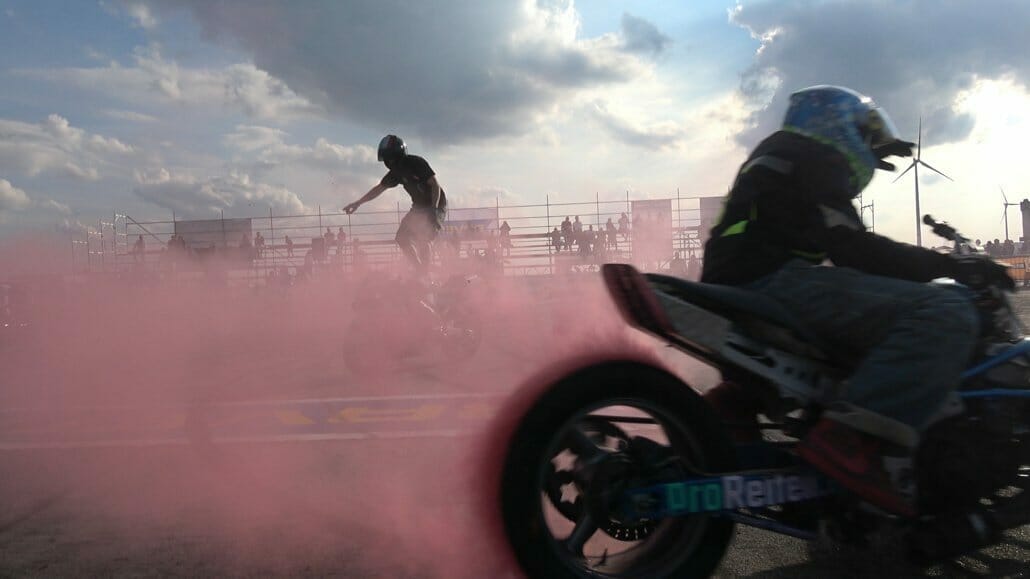