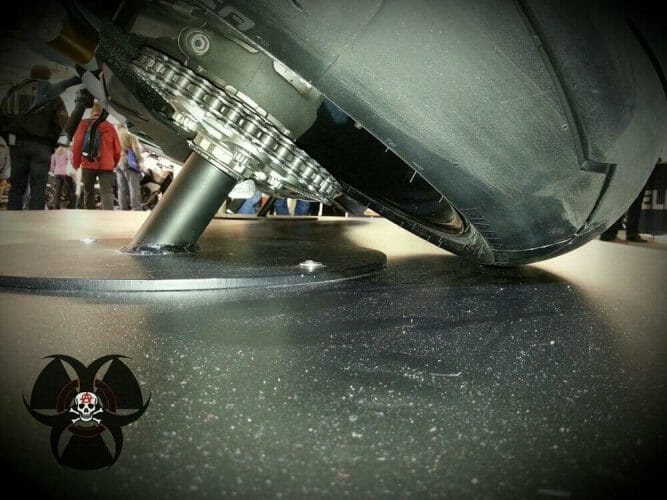 Fear strip – an indicator of driving ability or safety margin?

Each motorbike meeting can be seen that the View the tires of the bike in more detail. In the one it comes in comparison to assess themselves, others want to ensure that only self-praise …

What you can exactly is but now see on a tire?

The used tire surface loses its luster and becomes dark and dull. Therefore, one can see very well that skew is driven. An indicator of driving ability, it is definitely, but is also caution. One must differentiate and can not all be lumped together!

[sam id=2 codes=true]Who is the driving technique of the driver is on the way? Does he use “press” he comes very quickly to the edge, while normal “Insert” (which is probably most people do), it’s not quite as fast. But one USER a “hang off”, then it is more difficult to get to the edge since you used to avoid the weight shift to skew. 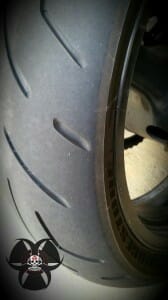 ). Today there is indeed happy times a 200mm rear tire on it. Although many of the now not want to hear, but the easier you get to the edge as a 160er!

For the same cornering speed less skew is necessary with a narrower tire. So you need to make the 160’s tires on the edge to get a higher cornering speed (to achieve the same slope) so automatically thicker eggs …

[sam id=2 codes=true]Depending on tire manufacturer, the sidewall of the tire (with the same dimensions) is also pulled further up or you just simply more tire tread available (see comparison images). I know someone who has got the a tire without major problems at the edge, according to the manufacturer change but still a fear of strip enables all kinds quarter of an inch on both sides.

First pondered, then measured the tire surface and then found that the new tire has simply more area …

There a lot of rumors going around that you do not get any tires on the edge … Some also say you get the tires only to the edge if you lower the air pressure in order to have more seating. Unfortunately, I can not provide a final answer since I did not drive each tire and I have the air pressure slightly lowered anyway (not only on the Run, even on the highway). It is, however, so you really do not get each tire to the edge!

A fear strip is good because it secures a reserve?

Many see the fear stripes on as an emergency reserve. “On the road something belongs anyway …” or “Something to do so only on the track …”

How often do you hear that?

In my opinion everyone must know himself as he goes where, as long as you can justify it. Believe nobody is so stupid and drives 300 in ner 30 mph zone …

In addition, you can also get the tire to the edge or the knee on the ground if you’re a good girl after Highway Code on the go!

A reserve is the fear strips at least not!

If you have a fear of stripes, one has not yet reached the maximum skew. This can be seen as an emergency reserve is a good excuse by people who do not have the courage inclined to go …

If you are not used to large inclinations, then you lubricates already on the road before you reach the maximum skew. How often does someone straight into the ditch because he is surprised by the steep curve, although it would only increase the skew need? That with the reserve that is does not work because the head (mostly) previously blocked as you get to the limits of the machine or of the tire …

What happens if you manage to reach the skew in an emergency situation, and comes to the fear stripes?

The mixture is smeared because the tires on the side is still a virgin and can develop no grip. Depending on the width of the strip fear you slide briefly. That’s enough already to a “slanted lay-inexperienced drivers” scare a scare out, just to be lubricated because you make a mistake. Some on the internet advise the fear strip grind / roughen to really have grip in emergency with fine sandpaper.

Might help, but has something of “I ground my knee sliders sometimes even with a file, then I see cool at the next meeting”

By the way, the other kind Fear strip you remove in the washing machine … 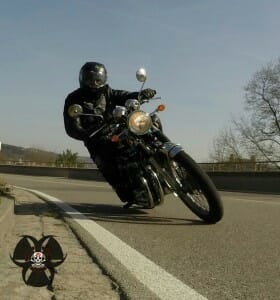 So it is not a reserve but only an indication to further the motorcycle ride to learn if you want to be as safe as possible on the road under normal circumstances. The better one learns to ride and can be, the more secure you are traveling and the more reserve you have on the road.

“No fear strip” is thus rather a sign of a large reserve – in my opinion at least!

So if you see a tire you still do not know how well the driver (as we all know did not come to the edge or whether he simply has more or less tire surface is available) is. It should, therefore, can make no crazy over something like that! 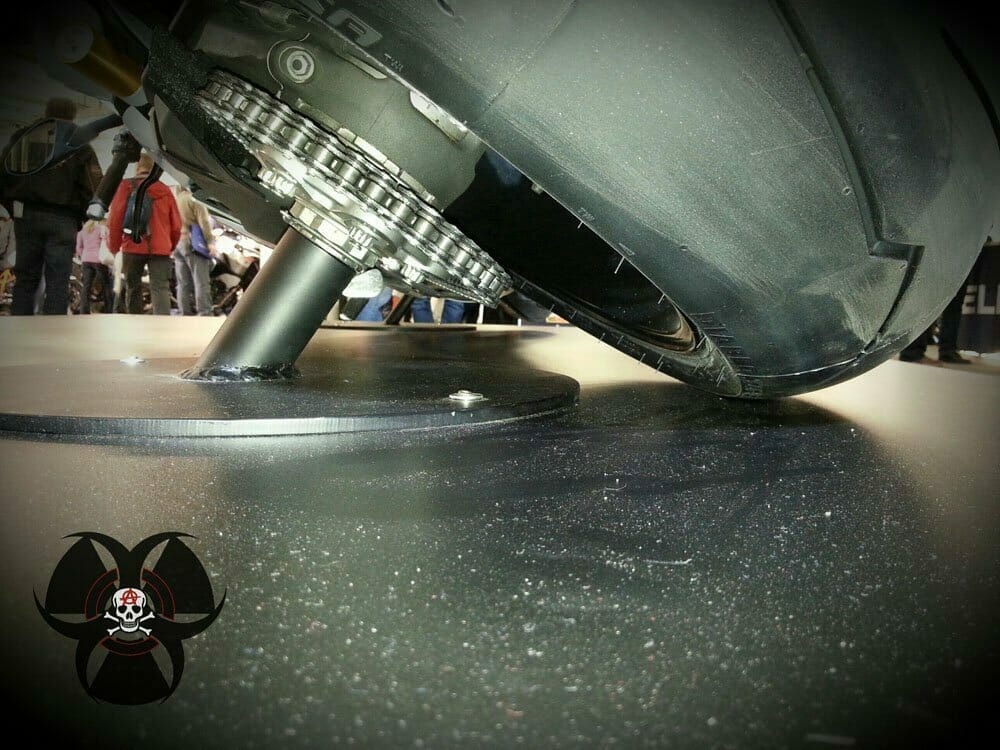 driving technique of the road