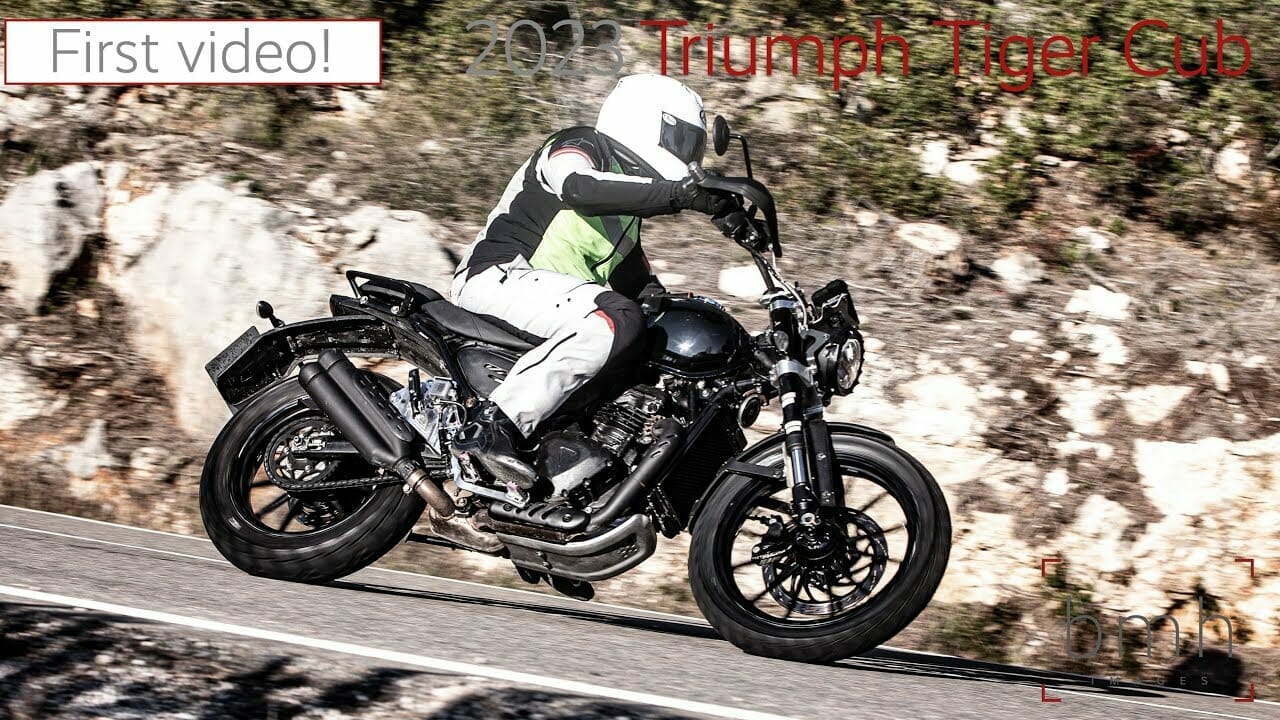 Triumph and Bajaj formed a partnership some time ago to produce bikes in the 200-700cc range. In February there should be first glimpses of what is being worked on and now a first model has been seen on test rides.

In a video, a new and previously unknown model is seen on a test ride. At first glance, one can’ t really make out much. But if you look at the pictures individually, it changes a bit. Visually, it is a modern-classic Triumph.

For propulsion provides a completely new single-cylinder engine, which should probably be in the range 200 – 500 cc. For deceleration, therefore, a single brake disc at the front is sufficient. The tire dimensions should meet the standard with 17 inches. The tires are street tires.  An upside-down fork works at the front. Mounted are round mirrors, which are already known from the Triumph accessories catalog.

Since this is a pre-production model, things can still change here, of course.