The concept bike was presented at the Concorso dÈleganza Villa dÈste in 2019 and was particularly eye-catching because of the “graffiti finish”. This has now also been adopted by the RVE. In terms of equipment, one could classify them between the entry-level model Hypermotard 950 and the top model Hypermotard 950 SP.

In addition to the standard equipment such as Bosch curve ABS with slide by brake function, Ducati Traction Control EVO and Ducati Wheelie Control EVO, the RVE is equipped with a quick shifter including blipper function.

The “graffiti” special paint is only applied by highly qualified workers. The graphic foils are very thin. The result should be comparable to an airbrush.

The Ducati Hypermotard 950 RVE will be on sale at dealers from July. So far nothing has been revealed about the price. 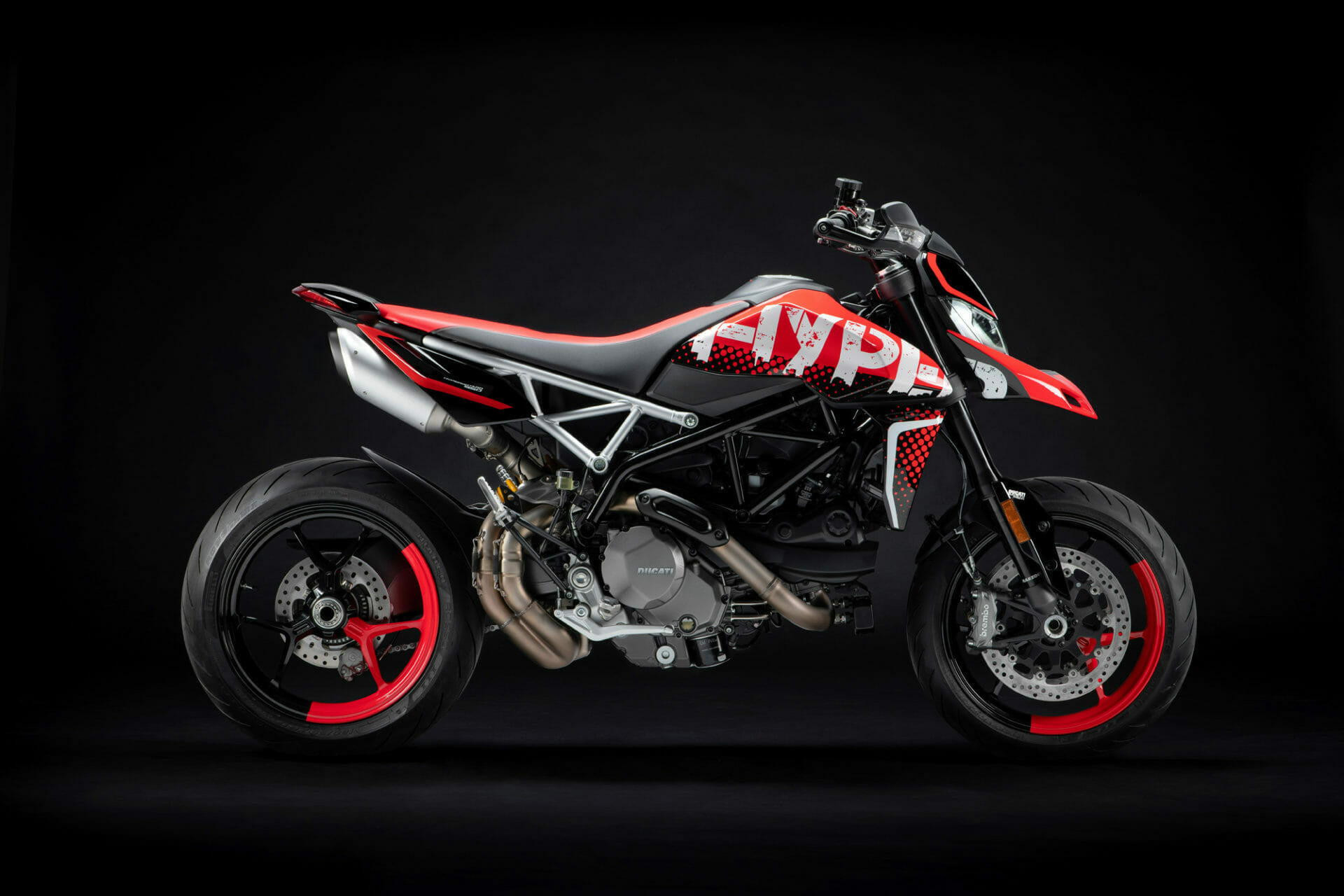