Does an MX machine come from Ducati?

Rumors are currently circulating on the internet about a Ducati 450cc motocross machine. Of course, the corresponding picture may not be missing here.

Is a Ducati motocross coming?

But could Ducati really get into the MX scene? It is probably not. The picture is not by Ducati, but by Oberdan Bezzi. The designer regularly develops design concepts of motorcycles as one might wish.

Since the MX market is currently being serviced by many manufacturers, a Ducati probably also has worse chances to enter with a profitable bike. Their only chance would be a real game changer.

Right now you have to see it as a rather unlikely rumor. However, it is not completely impossible, after all, Ducati has also presented an electric bicycle at the Eicma. Nobody expected that in advance … 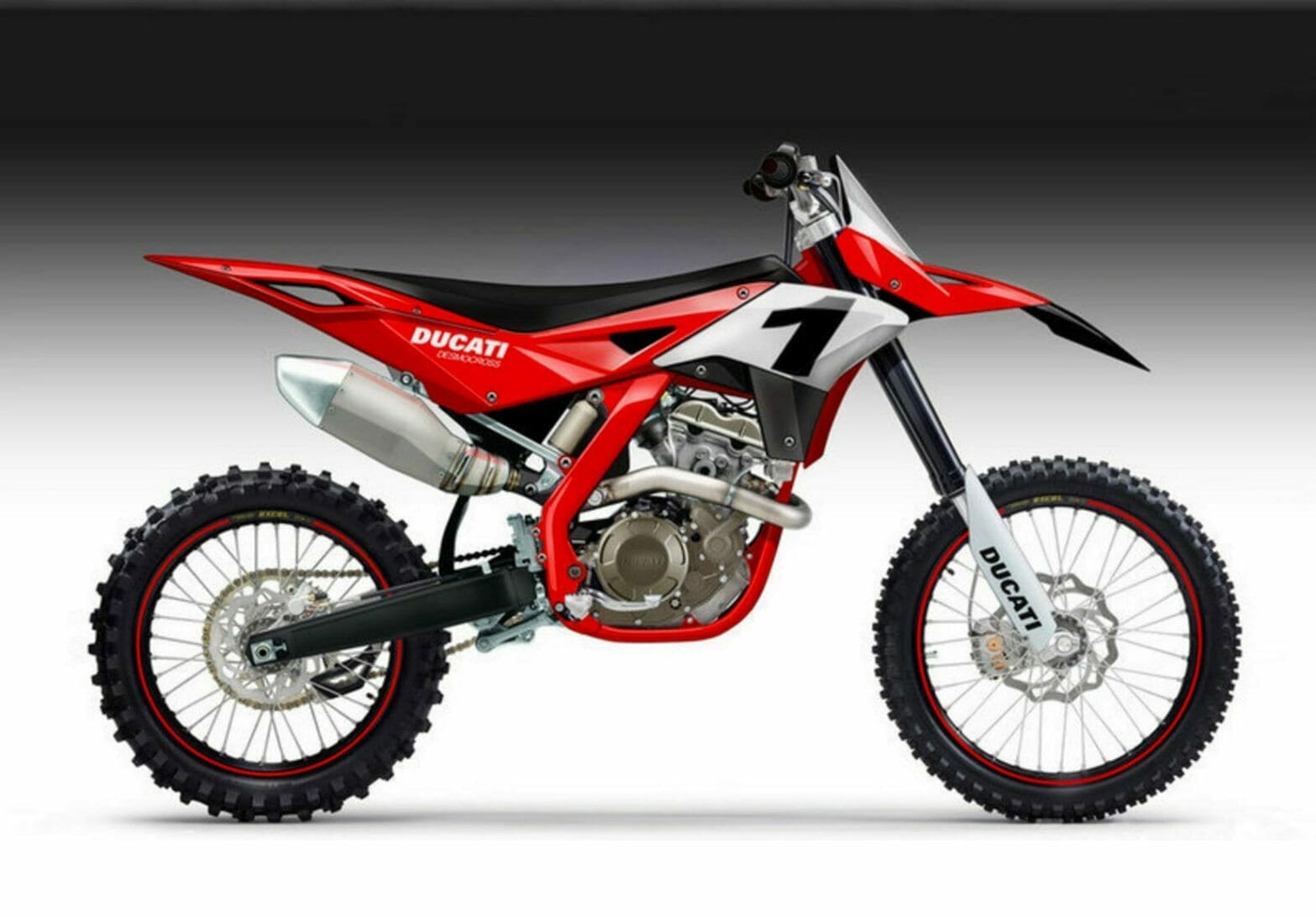