3 min read
Cinema Mode
This year the Distinguished-Gentlemans Ride took place on May 22.  The corresponding fundraising campaign ended on 06/05 and was able to close with a record sum.

This year the Distinguished-Gentlemans Ride took place on May 22.  The corresponding fundraising campaign ended on 06/05 and was able to close with a record sum.

After a two-year forced break, the Distinguished-Gentlemans Ride could take place again.  In 2022, 93,456 riders participated in 802 cities and in 104 countries.  In the process, participants were mostly dressed in fine threads on their mostly classic motorcycles to raise awareness for the fundraiser supporting prostate cancer research and men’s mental health.

A total of nearly $6 million was raised.  Individual donations increased by 4% compared to 2019.  Total donations actually increased 47% over last year.

The Gentlemans Ride has been around since 2012 and a total of more than 400,000 riders have participated, raising $37 million.

Mark Hawwa – DGR Founder “What an incredible return to group riding! There really is nothing better than seeing the tens-of-thousands of gentlefolk smiling and waving their way through city streets, in support of prostate cancer research and men’s mental health. It’s something we have missed dearly over the last two years. Our community returned with vigour this year with the top 3 global fundraisers raising more than any previous year, which we have been proud to reward with the support of our global partner, Triumph Motorcycles. The next year will be one to watch, as we celebrate 10 years together with Triumph Motorcycles in spectacularly sartorial style!”

Paul Stroud – Triumph Chief Commercial Officer: “It is such an honour to be supporting The Distinguished Gentleman’s Ride and contribute towards this year’s incredible result, supporting prostate cancer research and men’s mental health.  Next year will mark Triumph’s 10th anniversary as DGR main sponsor and we are working on something incredibly special to celebrate that milestone.” 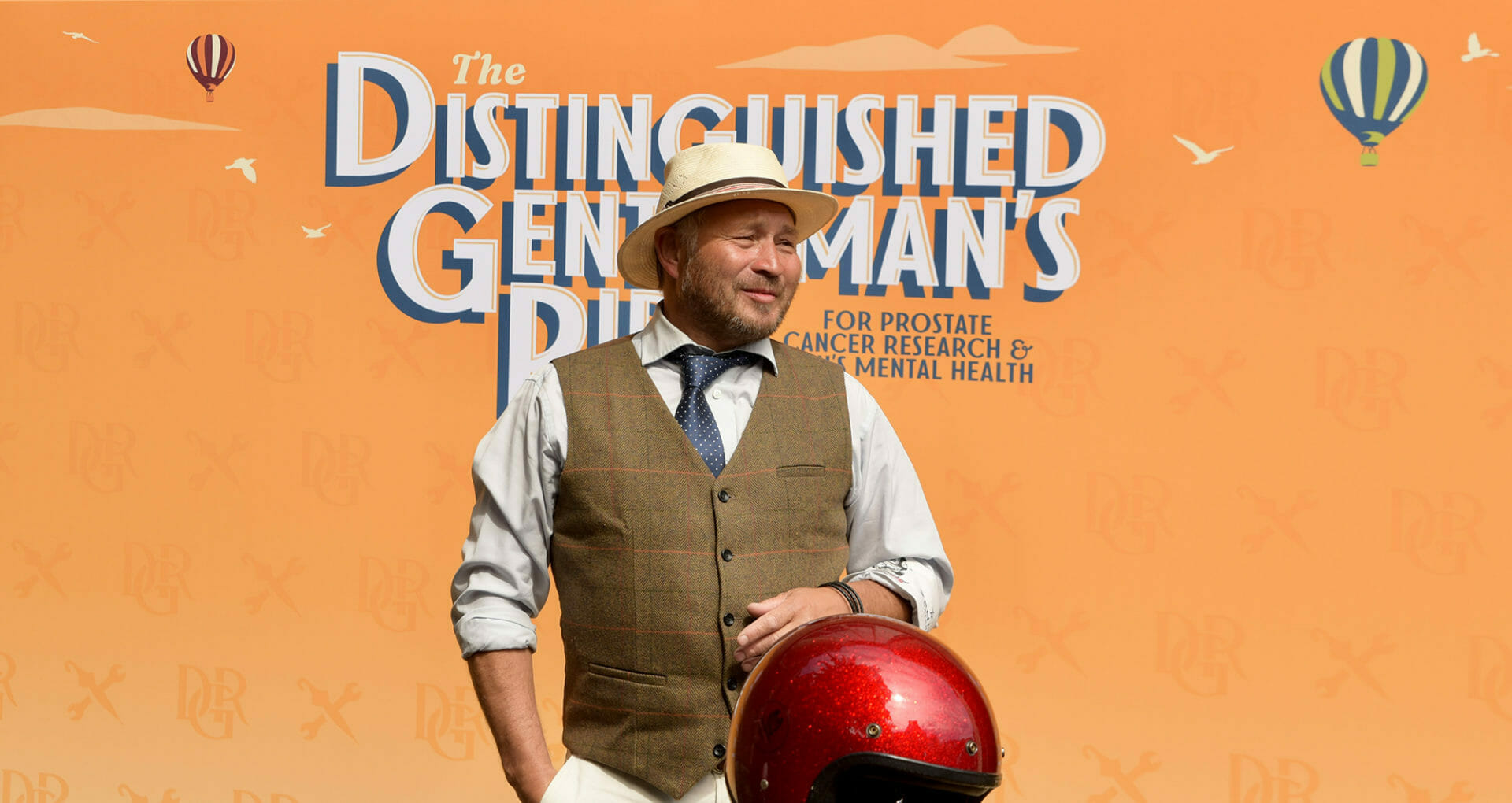 Charity meeting News of the road